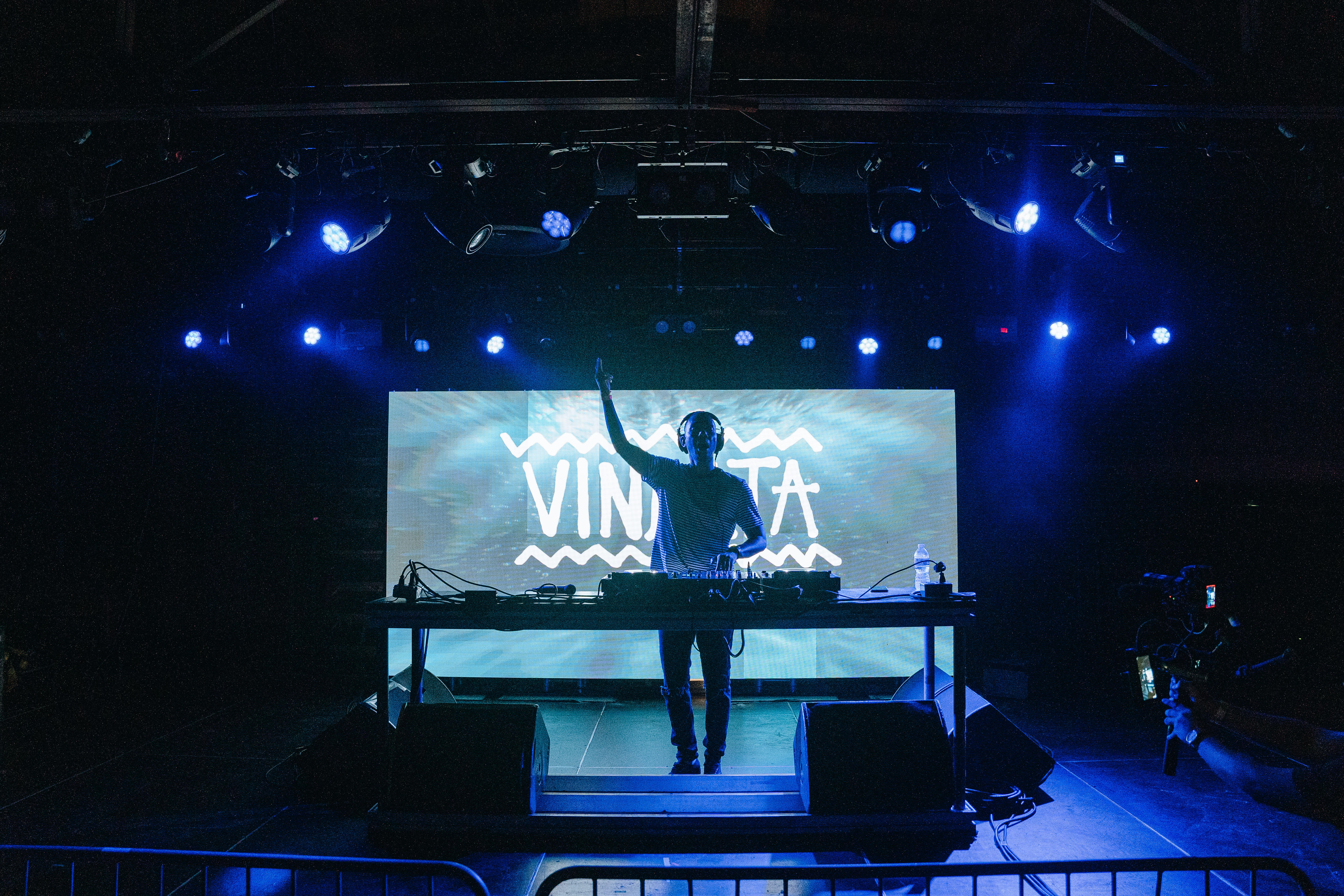 Good Society brought immaculate golden-era beat scene vibes with their November 4th show at 1720 Warehouse, with a star-studded lineup of episcool, capshun, Vindata, Lophiile, and Alexander Lewis. Most importantly, when Good Society drops a lineup you know it’s going to be a good time.

This lineup was special – episcool made her Good Society debut, Vindata came back to throw down one of their few sets of 2021, and Alexander Lewis blew the roof off with nothing but throwbacks and his stunning trombone skills. In addition, Alexander brought a special guest, Armani White, and he brought FULL energy to the already rocking set.

There’s something unique about what the Good Society fam is doing in LA.

Not to mention, they’re bringing back the essence of that feel-good, dancing in the club culture. The tunes bump, the people smile back, the artists throw down and the crowd moves of one accord. Because of this, it is one of the most refreshing live music environments I have been a part of, and it’s what keeps me coming back. Los Angeles is already known for its extensive nightly music catalog, filled with every single genre of live shows you could imagine. However, Good Society is paving its own way through the LA scene, and this show continued to solidify that.

Not only did I get to attend, but I also interviewed a legendary artist that I’ve been listening to since before I could remember – Vindata.

Harrowing back to the old days of organic music discovery via spending hours scrolling through Soundcloud, I listened to Vindata’s remixes of artists like Jack Ü, Hoodboi, Ellie Goulding, and more – and followed along their journey up through classic originals like “Arrival,” one of my personal favorite tracks of all time.

Suddenly, I found myself standing front row to experience my first Vindata live set. A real sonic journey through time and space, I found myself both blown away by new sounds and reminiscing on the good ol’ days. From the evolution of their sound to the consolidation of the duo into what is now a one-man machine – there have been a number of changes for Vindata.

Fast forward to now, I was able to take some time to get some insight on who Vindata is, was, where the sound is heading, and how the journey has been.

Tate, Electric Hawk: First off, how have you been?
Branden, Vindata: I’ve been well. It feels like things are returning back to normal post-pandemic.

T: How was it playing Good Society? How is it getting back into live performances?
B: Good Society was a vibe. It was a pleasure playing with the other artists on the lineup. Surprisingly, it was actually my first time playing at LA’s 1720 Warehouse (which I’ve been a fan of for a while). It definitely feels good to be back playing live shows.

T: If you could describe Vindata in 3 words, what would they be?
B: Soulful-energetic Voyage.

T: How would you describe your sound?
B: The Vindata project has always had a very fluid sound. From the beginning I wanted it to be able to adapt and expand. But, there are certain core elements that pretty much remain the same. My sound has always had themes of positivity and good energy. And I’ve always strived to fuse electronic music with my influences of Hip-Hop, R&B, and Gospel.

T: What is the biggest change that the Vindata project has gone through between the brief hiatus from 2019-2021?

B: The biggest change is seeing the departure of Jared Poythress from the project. We started this together many years ago, and it’s been a challenge coming to grips with his exit. He’s decided to explore other creative avenues and I’m sure he’ll excel at it. I wish him the best of luck with journey.

T: “With Opened Eyes” is such a beautiful journey of an album that really brought back that feel-good Vindata sound. Where did the inspiration for it come from?
B: Most of the inspiration came from past memories and old 90s songs we grew up on. A lot of the production was influenced by some of my favorite producers of that time, like The Neptunes and “college dropout-era” Kanye.

T: Describe your upcoming release – what would you like listeners to take from it when they listen? And what can we expect from Vindata in the future, beyond this release?

B: My new release is called “Circa Now.” Unlike the theme of the album, it’s more about living in the moment and appreciating today. It’s a groove-based funky house record that sprinkles some signature Vindata ear-candy on top. I think you’ll hear a lot more records like this in future releases. More energy, more emotion.

T: What keeps you inspired and excited to create?
B: I honestly just feel like this is my calling. My purpose. I have a responsibility to do what I came here to do. I’m here to help people enjoy life, dance, connect, make love, and be inspired. I owe it to my fans to keep going.

T: What is your dream venue or festival to perform at?
B: At this point, I’m still waiting to play Lollapalooza. That festival has been on my bucket list for some time now.

Of course, we had to end the interview with our signature rapid-fire questions to pick Branden’s brain a bit more 🔥

T: Song you have on repeat right now?
B: Aminé – “Charmander”

A big thanks to Josh over at Good Society and their whole team for continuing to put on events that put the music first. Additionally, a huge thanks to Branden for taking the time to talk to us over at Electric Hawk. To keep updated on Good Society’s upcoming shows, follow them below and keep your eyes peeled for some new heat from Vindata coming soon on socials.

And if you’re looking for new music, keep up with our weekly Spotify Playlist, Fresh Hunts, or follow us on Twitch. Whether it’s the newest drops from all your favorite artists, some old school, or underground—we just want you to hear it.