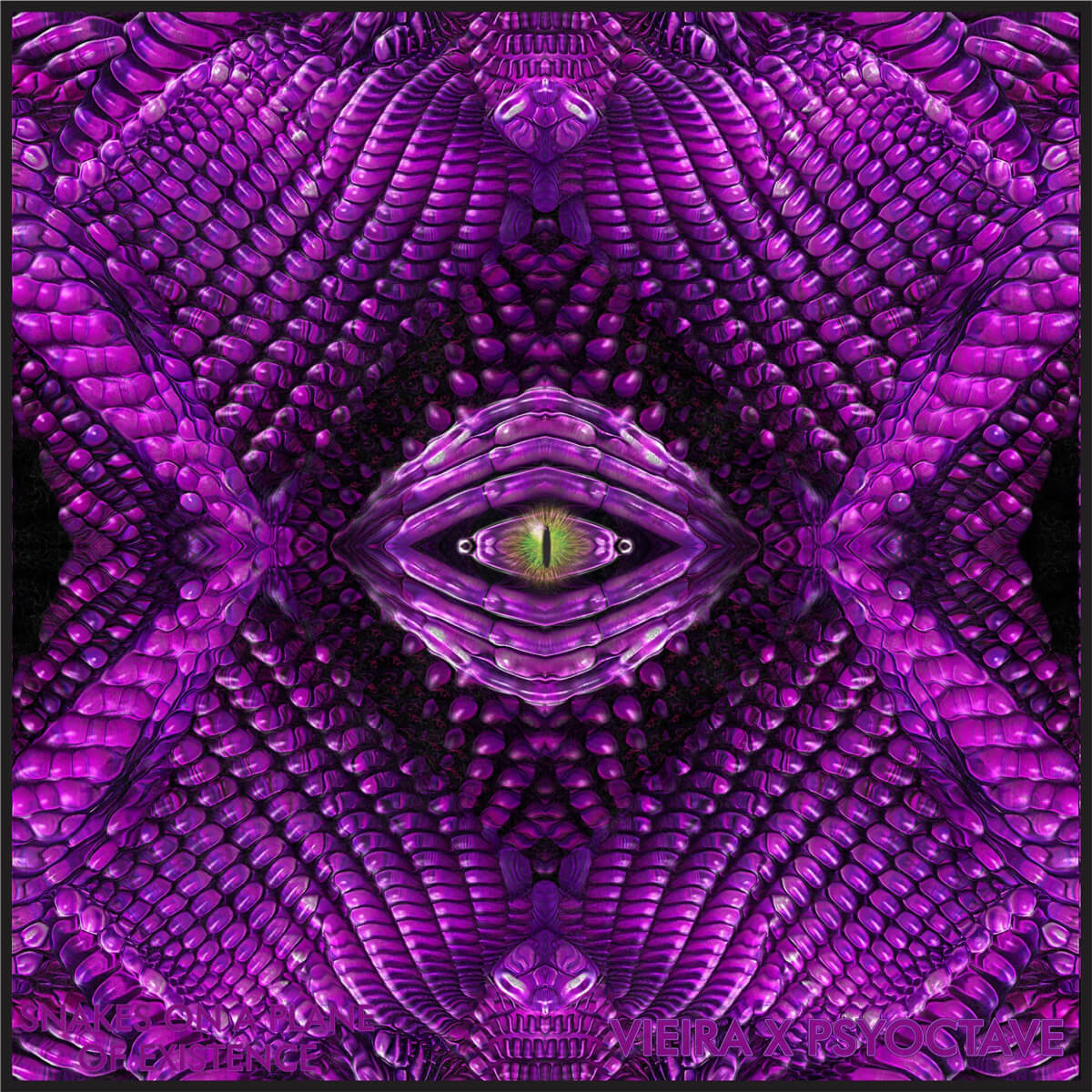 By Dariel LeivaSeptember 12, 2019No Comments

Some of New York’s finest have just collaborated on the most stank face collab of the year, and it gives us great satisfaction to know it’s our dear friends Vieira, and the boys Brandon Patton and David Satana, aka Psyoctave. Vieira has been deep in the lab concocting shredding experimental bass tracks like his remix of ScHoolboy Q’s ‘Man of the Year‘, while the duo Psyoctave earlier this year dropped two of the nastiest tracks on their EP ‘Celestial Frequencies‘.

‘Snakes On A Plane of Existence’ begins with a sinister ambiance that slithers deep into your bones, leaving you with that feeling like something scary lurks beneath you, or maybe you’re just having a bad acid trip. Either way, the eye-crossing sound design swiftly engulfs you, flipping back and forth between psychedelic elements and chucking sharp snares at your face that sting beat after beat.

Both being part of the rapidly growing Spicy Bois collective, there’s an incredible amount of stank here that you should expect upon hitting that play button on their latest track, ‘Snakes On A Plane of Existence.’ They’ve managed to land this banger on none other than The Untz as a premiere, and to say we’re proud is an understatement.

Listen to vieira x Psyoctave – Snakes On A Plane Of Existence