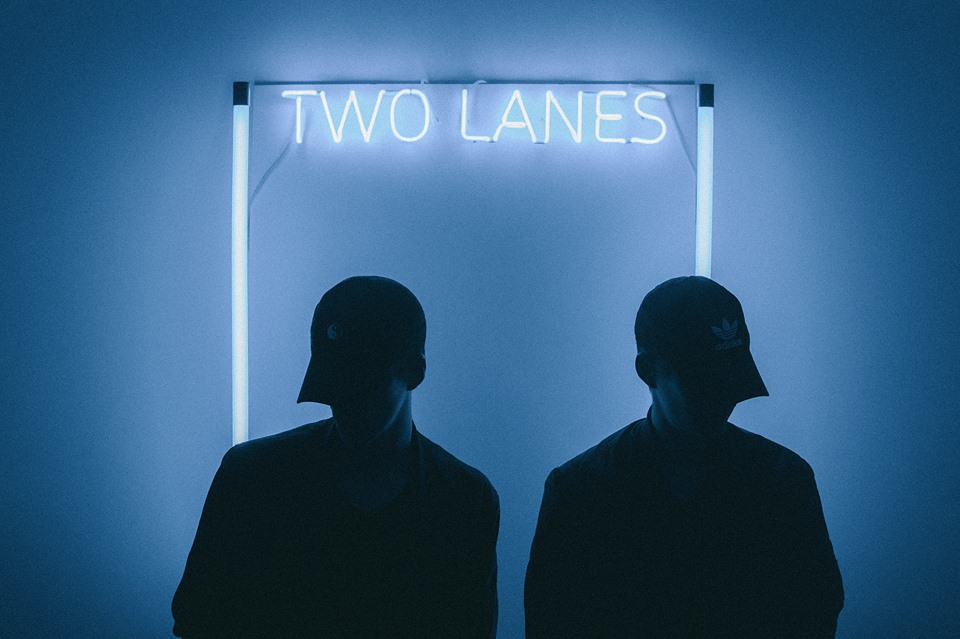 Two Lanes, a duo made up of two brothers based out of Berlin, has been on my radar ever since they started releasing music in early 2018 with their debut EP “Drive” and putting their own, unique spin on popular songs with remixes of ODESZA’s “Line of Sight” and “Innerbloom” by Rufus du Sol.

Their new 8-track EP “Drifting” is on par with their previous releases and loaded with inviting vocals and an atmospheric soundscape of melodies that will take you on a musical journey from start to finish.

“The 8 tracks describe how we have spent our last 6 months – moving from place to place, never settling down. Each track reminds us of a certain period of time or space where we stayed to make music.”

Opening the EP with a gentle but powerful piano ballad, “Prelude,” followed by diving straight into an ambient, Tycho-esque track, “Drifting,” you can already get an idea of what’s in store and see why Two Lanes is quickly gaining momentum within the electronic community.

“Back Down” is the first song on the EP that gives us a taste of Two Lanes’ songwriting abilities on top of producing, and vocalist Kwesi adds an entirely new dimension to an already beautifully crafted song with the vulnerability he sings with. Track four, “The East,” is a refreshingly bright and uplifting instrumental song with serene vocal harmonies floating in and out of the melody, and within the first half of the EP alone you can see the expansive array of sounds that Two Lanes is working with.

With the perfect mix of indie and electronic elements, “Back to You” featuring Trove leaves listeners with a feeling of melancholy and has earned its spot as one of my favorite tracks on the EP, right next to the warm, energetic hit “Common Ground,” featuring Keiynan Lonsdale. Beginning to wrap up the EP, “Awake” leans toward a heavier bassline with experimental lo-fi beats and vocal chops, giving it an all around ethereal feel. They end the EP with another piano ballad, “Silence.”

As Two Lanes consistently releases music that you could dance to in a live setting or listen to on a pair of headphones alone in your bedroom, this is an artist that I’m definitely going to be keeping an eye on. I have a feeling this is just going to be the beginning for them!

For more Two Lanes, you can also check out their latest episode of their radio show, “Escape.” Featuring songs off their new EP, it also gives a deeper insight on the large spectrum of music that is incorporated in creating their signature sound.