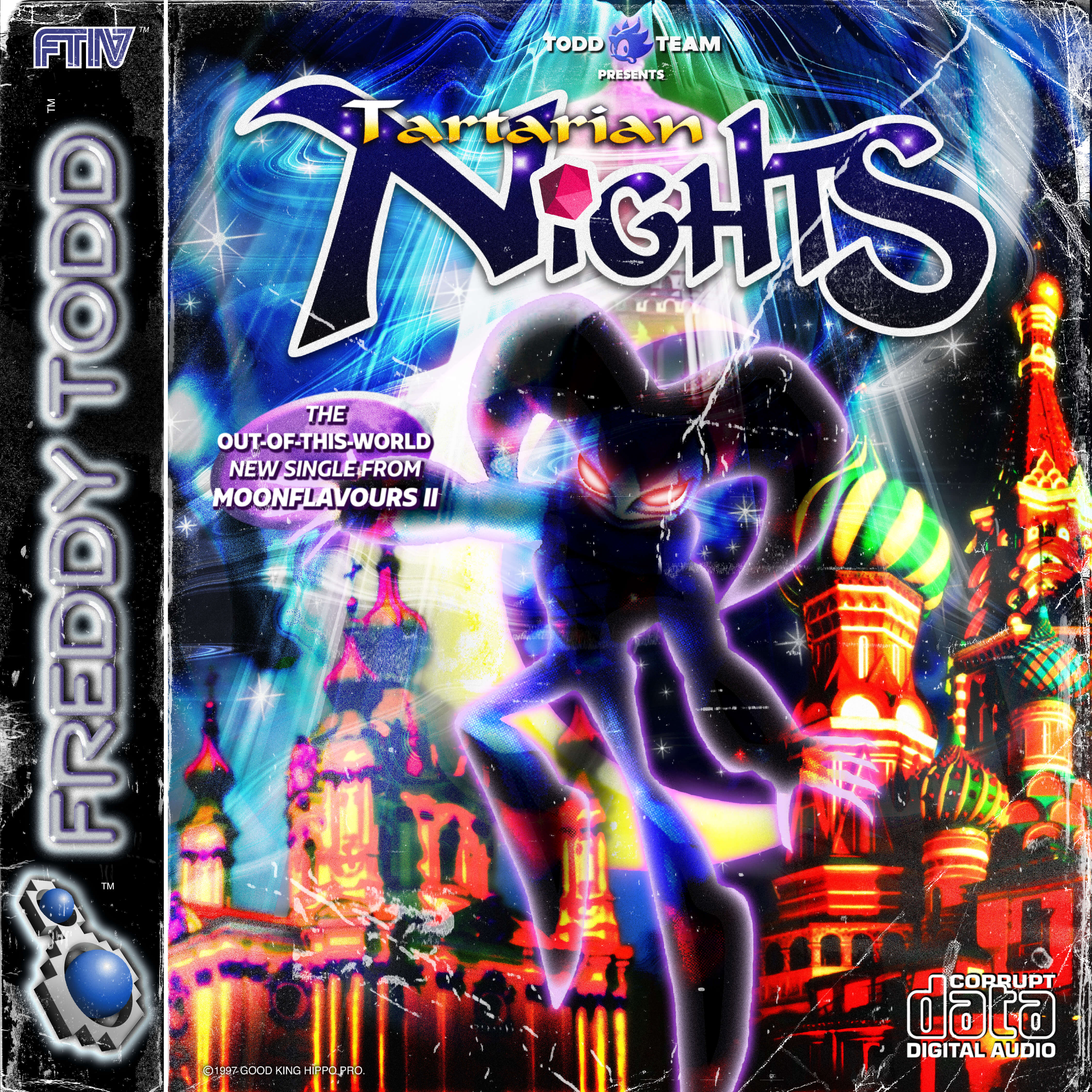 Get A Taste Of Moonflavours II With ‘Tartarian Nights’ [Exclusive Premiere]

One of our favorite experimental bass producers, known for his intricate sound design and constant push against electronic boundaries, has given Electric Hawk a first look into his new album with “Tartarian Nights.” Freddy Todd does it yet again with his colorful funky side that beautifully compliments his heavy bass persona.

Wow, did we miss that smooth groovy synth sound this track is blessing us with. And, can we talk about that heat at 3:45? Thank goodness Moonflavours II comes out next Friday, because we need to hear those other 11 tracks ASAP.

The second track of the album, “Tartarian Nights,” is one of Freddy’s personal favorites.

“It’s the steezy feeling you get when the funk synth vibes hit- with the song’s entire journey as a long track- winding from swaggy funk synths through Detroit house music corridors and then coming back to the round psychedelic funk slaps is just… fun for me (and hopefully others).”

This is a project dear to my heart that has been in the works since the first Moonflavours was released in 2013. I wanted an outlet to do whatever I wanted sonically, and not worry about the dance floor while flexing fun melodies and diving into other genres.

The insane artwork for “Tartarian Nights” featured below was created by Goodkinghippo, who has been on the Freddy Todd team since day 1. And, the gorgeous cover for Moonflavours II was created by Freddy’s close friend Stephen Kruse, who also created the original 2013 Moonflavours album.

Freddy shares that this series is a project he’s never wanted to rush, hence the 8 years in between installment releases.

“I self-released the first Moonflavours and thus have decided to continue that tradition with this one by releasing it myself. I did everything else in house: wrote, recorded, edited, mixed, and mastered the entire album myself, which is actually the first time I’ve mastered my own release.”

Interested in some Freddy Todd merch? There are a few pieces left in his store that are designed after his last EP, Fredcrumbs (they’re sick.) Meanwhile, Freddy’s team is working on new Moonflavours clothing designs and a possible vinyl.

Listen to “Tartarian Nights” and get ready for Moonflavours II here.

And if you’re looking for a solid playlist to follow, keep up with our weekly Spotify playlist, Fresh Hunts. Whether it’s new Freddy Todd, all your other favorite artists, some old-school, or underground…we just want you to hear it.