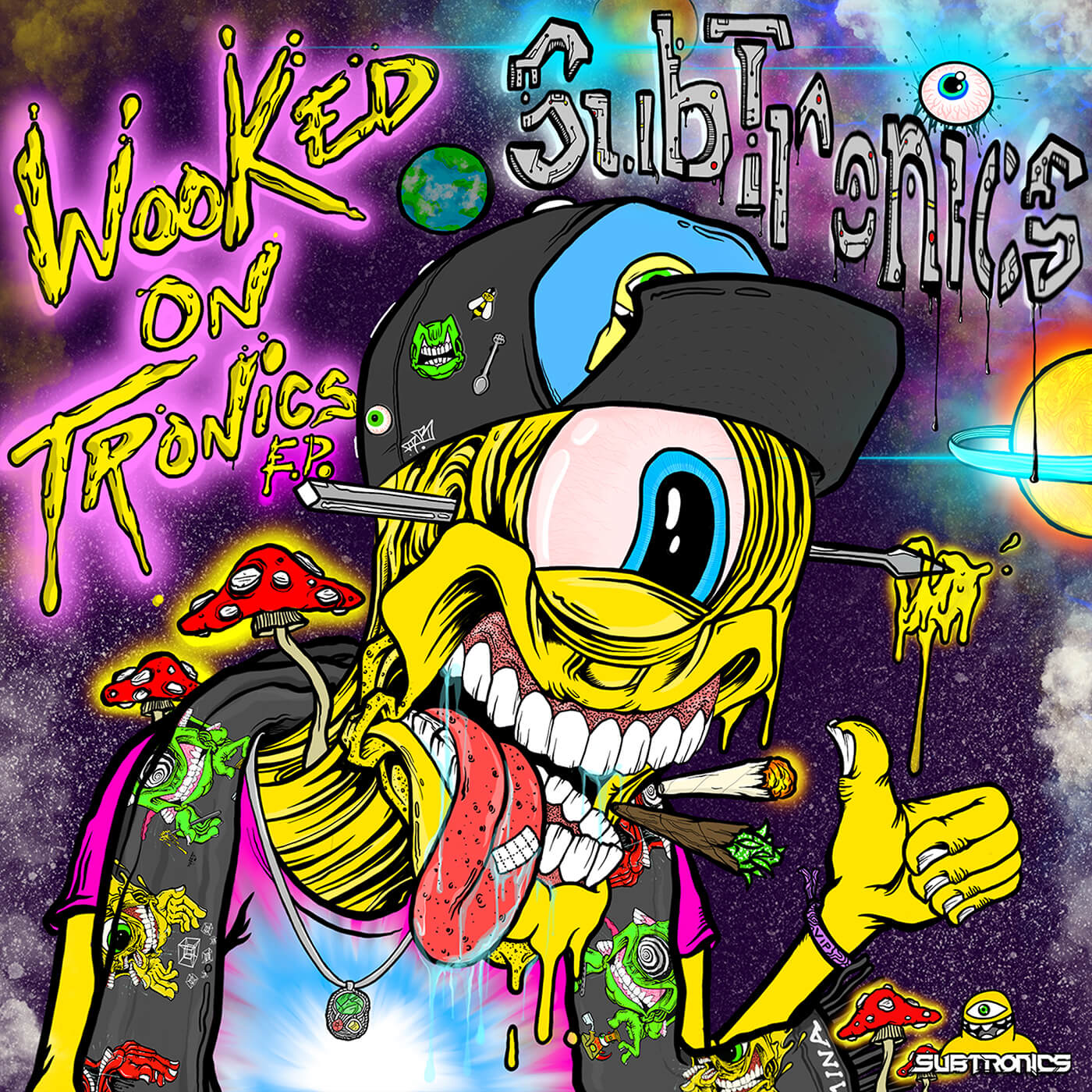 Festival season may almost be over, but spooky season is only just beginning with Subtronics new “Wooked on Tronics” EP. This EP will have you feeling like you’re in the middle of a horror movie… and we’re 100% here for it.

Jesse Kardon, better known as Subtronics, is no stranger to us or the dubstep community. His unique sound has garnered him widespread recognition on the festival circuit, and his wicked kendama skills and charming personality won our hearts on Twitter.

If you don’t listen to him (yet), chances are you’ve definitely heard his massive collaboration, “Griztronics,” with another Electric Hawk personal favorite, Griz. You might recognize it as the, “Ooooh, this shit be hittin’ different!” song you’ve heard played out and remixed at every festival as of late.

“Wooked On Tronics” creeps up on you with each track, having taunting vocals telling you to, “STOP SQUIRMING” (in “Death Wish”) or “I want my face taken off” (in Face Off.) Kardon’s wonky beats are hypnotizing and will absolutely leave you begging for more. We mean it when we say we’re excited to see what he comes up with next.

We can tell you all about it, but to be honest, you can only experience it when you hear it yourself.