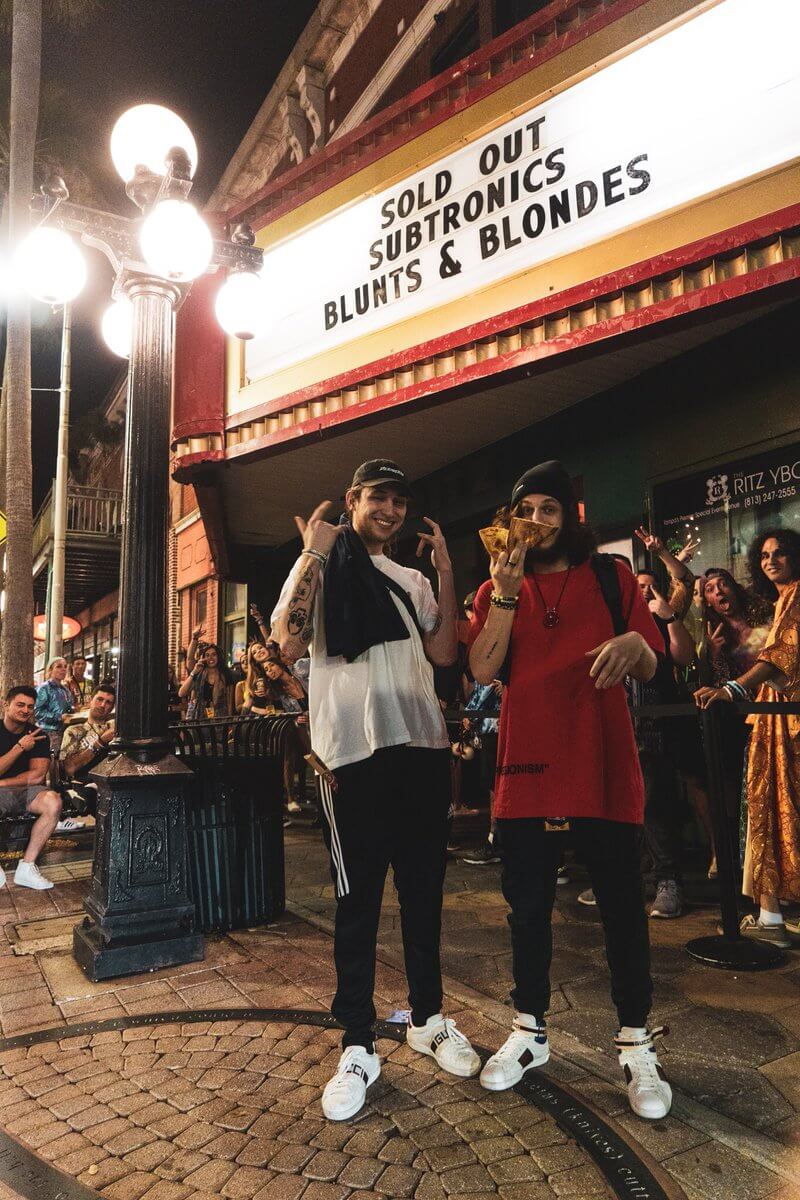 40 dates later, the Up In Smoke Tour has came to an end. Over the past couple months, we’ve all loved watching Lex, Jesse, and Michael live their absolute best lives and kill it every night on their first bus tour. After selling out a majority of the shows, it shows that these artists are some of the biggest in the scene right now!

It feels like the tour was just announced yesterday, where the hell has time gone?! Now that we’ve all had a chance to live the madness first hand, it’s time to relive it again.

It’s time for everyone to stop sleeping on Zia and watch her flourish- she is one bad ass lady who is absolutely killing the game. Being a woman in the music industry can definitely be a struggle at times, but she never let’s that show. She stood by Jesse and Michael night after night and threw down just as hard as they did.

Her unique sound and amazing stage presence had us all in awe for the entire tour! If you missed the Up In Smoke Tour and still have no idea who Zia is, check out her ‘FALL IN BLACK MIX’ on SoundCloud! Zia is a name everyone will be seeing a lot more, so keep an eye out on her social media for upcoming plans!

Hailing out of Florida, Michael Guard (better know as Blunts & Blondes) has taken the scene by storm! It was probably around this time last year when I first discovered Blunts & Blondes. The name immediately caught my eye on twitter so I thought I’d give him a shot. A year later I’ve seen him multiple times and have watched him grow tremendously! Michael truly lives up to his name, as you’ll almost always catch him on stage with a blunt in his mouth. Blunts & Blondes’ singles such as ‘Beautiful‘ and ‘Routine‘ are some of the hottest out right now. Michael definitely brought great energy to the stage with his wonky drops and trippy visuals. Every Blunts & Blondes set I’ve seen thus far has truly been fucking awesome. He’s absolutely one of the most unique in the scene right now. His reggae vibes will keep us dancing for years to come!

If you haven’t had a chance to see Blunts live yet, we highly recommend catching his set at Parade of Bass at Red Rocks or many other festivals this summer!

I did this remix for @zedsdead and I am really proud of it pic.twitter.com/W3JKUzJPDf

Our favorite one-eyed guy, the most genuine person you’ll ever meet, SUBTRONICS! We’ve had the honor of seeing Subtronics destroy multiple venues and it never ever gets old. Jesse knows how to keep the crowd going and keeps the energy levels high. After seeing Jesse absolutely throw down every single night, it’s clear that 2019 will be his year (if 2018 wasn’t already…). I’ve honestly never seen a crowd go as crazy as I did during Subtronics. After dropping Now That’s What I Call Riddim VOL. 4, that crowd loved hearing the familiar drops we’ve all had on repeat for months now!

Now that the tours over, it’s time to start preparing for more upcoming shows and festivals… like Bass Canyon!

“For sure the most fun I’ve ever had on tour. I was going with Zia and JVE Media which are already my best friends, and I was obviously already good homies with Michael, but now the whole team is like family to me and I’ll deff remember it for the rest of my life as something I’ll be eternally grateful for. Unbelievably surreal to sell out most of the tour, and I can’t wait to hit those cities again” – Jesse Kardon (Subtronics)

Every night Zia, Blunts & Blondes, and Subtronics threw down a sick B2B. This B2B2B was everything we had all hoped and dreamed of. Nothing will ever compare. It was amazing seeing all their styles come together each night to end it on a high note.

Indianapolis, IN was lucky enough to see the Up In Smoke Tour with some very special guests pop up. Excision was due to play the next night in Indy which led to surprises from HE$H, Squnto, and Sullivan King! The crowds energy kicked up about 10 notches as these big names took the stage. This is a show no Hoosier will ever forget.

The gang starts a metal band

With all that being said, the Up In Smoke Tour was one of the most highly anticipated tours among the scene to start off 2019. The tour definitely didn’t disappoint and we can’t wait to see what the future holds for all these sick artists!

From the bottom of our hearts, thank you guys. The hard work and dedication Mike, Jesse, Lex, and the rest of the team puts in really shows!

THE UP IN SMOKE TOUR STARTS THIS MONTH AND I’M SO HYPE!

Where will we see u? pic.twitter.com/TG77sJWQNd