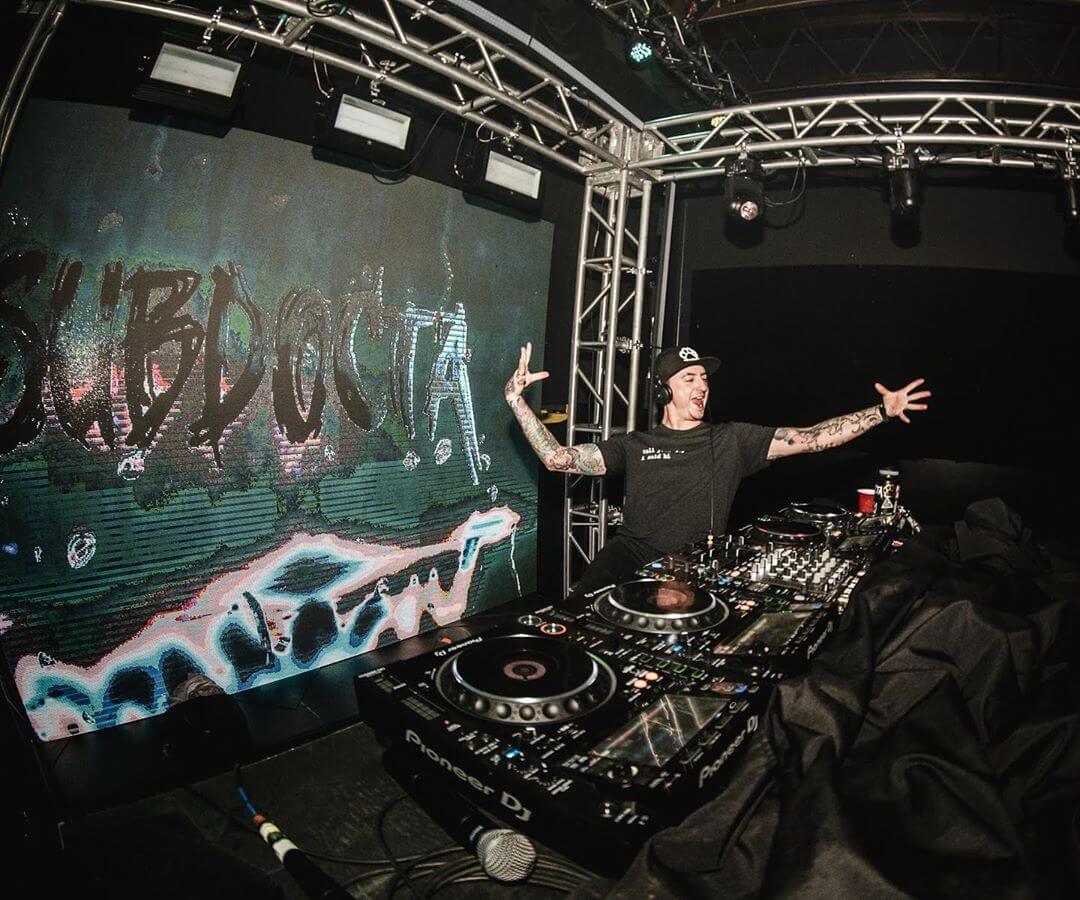 SubDocta again puts out the kind of noises that would make our grandmothers go OH H*CK! with his latest EP. This three-part EP is full of brash sounds and strange wobbles that shouldn’t go together but somehow he pulls it off. SubDocta, real name Preston Charles, is releasing this EP on Boogie T’s Drama Club Recordings label.

The opening track of the EP leads off with a captivating string sequence, which is apt because the title “Ensorcell” is an archaic term meaning “to enchant, fascinate.” The beguiling build lures you in before you are enthralled by SubDocta’s signature “West Coast Wobble.” The heavy oscillating bass casts a spell on your ears.

When producer Tyree dropped the hip-house track “Turn Up the Bass” in 1988, I doubt he ever imagined it would be sampled the way SubDocta does in the second track, “The Joose.” The second build and drop in this track are incredibly laced with chopped vocals, stutters, and wobbly bass. I was left breathless.

A little over a year after conception, this spicy meatball of a track makes its public release as the final track on the OH H*CK! EP. “David Stroganoff” begins with a fun, almost low-bit video game melody but immediately switches into a heavier build. The wobbles emerge again beautifully. The low-bit aspects return to break back into the second build. The final drop hits with even harder wobbles.

SubDocta is currently on tour with Blunts and Blondes and Bawldy for the Hot Box Tour. You can find dates and purchase tickets here. He also has an active facebook community where he frequently interacts with his fans: SubDocta’s Psych Ward

Keep up with SubDocta

And if you’re looking for a solid playlist to follow, keep up with our weekly Spotify Playlist, Fresh Hunts. Whether it’s the newest drops from SubDocta all your other favorite artists, some old school, or underground—we just want you to hear it.