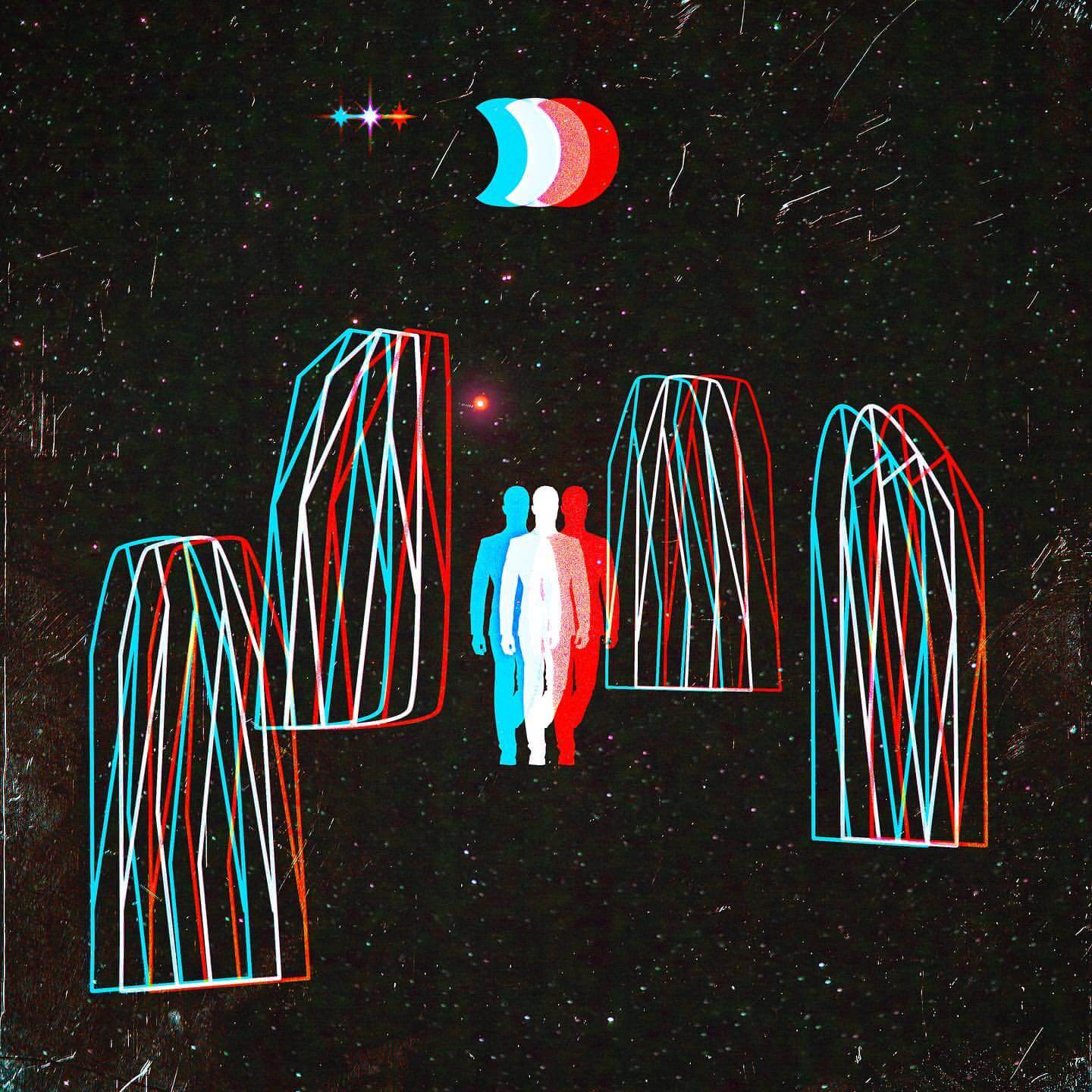 StayLoose Takes Us on Spiritual Journey with ‘Bad Star’

Close your eyes. “But then how can I read the rest of the article??” I hear you say. Shh, it’s for dramatic effect and you know it.

Okay, now picture yourself laying out in the grass on a warm summer night. A faint chirping of crickets can be heard, providing your own personal soundtrack to the breezy night. You stare up at the dark sky, mesmerized by the countless stars you see above you. The cricket chirps begin to blend with the sound of your thoughts, and your mind begins to wander as you look back in time up through the starry infinite. As you look out, your attention shifts inward. A momentary realization comes to you – at one point in the distant past, the stars and you were one. For a split second, boundaries dissolve and you once again become one with those distant, flickering specs. You are the endless space, and the endless space is you. For a moment, you are infinite.

Now open. Did you feel that? That moment, that fleeting feeling of infinity, that’s where StayLoose’s newest album, ‘Bad Star’ takes you. The 29 minutes of oneness the unique electronic album creates sends you on an inward journey of self-discovery. This came from a much longer period of discovering the sound itself. In a music scene gone stale, Ross Ryan, the producing mastermind behind StayLoose (formerly StéLouse), needed time to find himself  before finding the inspiration that would bring the innovative sounds we hear on the album.

Innovating on Past Musical Innovations

As a pioneer in the future bass scene, the sound he had helped create with his previous groundbreaking album “StéLouse” years ago had become worn out and uninteresting in a saturated scene. It was time to redefine what future bass could be.

“To be honest I spent about an entire year completely lost with this project. I didn’t know what I wanted to do. I honestly didn’t even make electronic music for a whole year almost. I started an indie band [Lucy Daydream] instead. I think mostly out of boredom with how stagnant the scene was getting. I start as a future bass producer before it was called future bass. So once that saw stack chord sound got rinsed I was like just so sick and bored of it. I was on a spiritual retreat in Maui and I came to a realization about what I wanted to do. I wanted to make a contribution to the culture again and not just give people more of what they already knew. In order to do that u had to get away from what everyone is rinsing. Big stacked chord saws and pop vocal toplines. I had to dig deep into what excites me and also just let myself be free to completely experiment and fail.”

There’s nothing stagnant about the sound he creates. The dreamy melody floats like a cloud throughout and over the deep, rhythmic bass. A chaotic wonderland of fresh sounds play off each other in a way that leaves a sense of wonder and profoundness. The careful selection of eight songs that bring us these sounds are the manifestation of some serious cutbacks, the finalists from an initial 30 to 40 original selections.

“I spent a long time creating this album. Between December and June. I had about thirty or forty song ideas and widdled it down to twelve then to ten and then finally eight. It had to be the best of my music and cohesive.”

A Transcendent Journey Through Sound

We first begin our spiritual travels with opening track, ‘Transcendence’. The fading chirps are a final sound of familiarity before launching us into the avant-garde dreamscape of the rest of the album. This first track quietly transitions into ‘A Quiet Place’, [I noted this ‘quiet’ transition before realizing the next song was named ‘A Quiet Place’ – call it listener intuition] where momentum begins to build. Next up is title track ‘Bad Star’. Bending, distorted synths pave the way through the track with a controlled frenzy of energy and sounds.

We then find ourselves with ‘Tiny Warrior‘. Here we meet the talented Robi, whose vocals hold the quintessential airiness one would hope for in a song this transcendent. Her repeated mantra of “I see right through you” leaves the listener in a powerful parlay between song and thought. It truly begins to feel that there’s an underlying, universal message trying to make its way to you from somewhere within her words.

That feeling doesn’t end there, however. As we enter the back half of the album with song ‘They’, Canadian singer Cassiøpeia takes over, filling the sound waves with her soothing voice. Without realizing, the gentle rolling bass of tracks prior evolve into a heavier, more prominent piece. This carries into ‘To Live Is to Die’, bringing with it the experimental sound that embodies the album.

The flawless transitions make it near impossible to tell that we’re now onto the next track, ‘Deadspace’. Pitched, ambient vocals play over a heavier, glitched-out bass, the complimenting sounds creating a perfect sense of balance. Vocals grow faint and bass fades. Finally, from the silence emerges ‘Disintegrate’. With it a certain feeling of melancholy seeps in, haunting song piercing from the distance before slowly fading away.

The Trippy Inspiration for ‘Bad Star’

Although I again hear crickets chirp silently once more as the album repeats, you may find yourself in a moment of silence, the music leaving you with your thoughts. If you find yourself beginning to conceptualize a deeper meaning being told, you’re not alone. After a few listens through, I asked StayLoose if he could provide some insight into the possible story being conveyed.

“You’re right about a concept piece. It is. It’s about spiritual travel thru time space life and death. The doors on the cover are the doorways of the mind. I concepted this after a heavy spiritual awakening thru an LSD trip. Yes u can print that lol.”

Now, with this in mind, listen through the album again. Re-look at the cover art and watch the surreal companion loop visuals from visual artist Kidmograph on StayLoose’s Twitter and YouTube. Try and put yourself in that head-space and see what comes of it. The LSD trip can be a life changing experience, opening one’s mind to something greater than themselves. For StayLoose, this was a chance for him to “make a statement and give listeners something fresh,” and he delivers.

Now, with this magnitude of background it’s important to appreciate this for what it is: art. As with any album, to get the full experience StayLoose advises to listen front to back.

However, that freshness is something we nearly missed out on. Various labels seemingly unaware of the mystical masterpiece that lay before them weren’t able to find a place on their roster. The Electronic Music community is known for supporting others in the scene. It was the simple, yet meaningful advice of Bitbird’s San Holo that would help push the project forward.

“…every label passed on this music too so I just put it out in my own on my own label off the advice of my friend San Holo. He was like “just go for it.”“

Those four small words pack a powerful message. With newfound inspiration, the self-released album finally finds the light of day. And we’re all the better for it.

The ultimate vision for any piece like this is experiencing it in person. Luckily, I’m told an ‘immersive’ new ‘Bad Star’ live set is in the works. Expect the ‘unexpected’ with this one, as the set is sure to be an emotional experience you won’t want to miss. You can stay up to date on tour announcements here.

Until then, press play on ‘Bad Star‘ below and once again, close your eyes.

Stay up to date on new releases with Electric Hawk