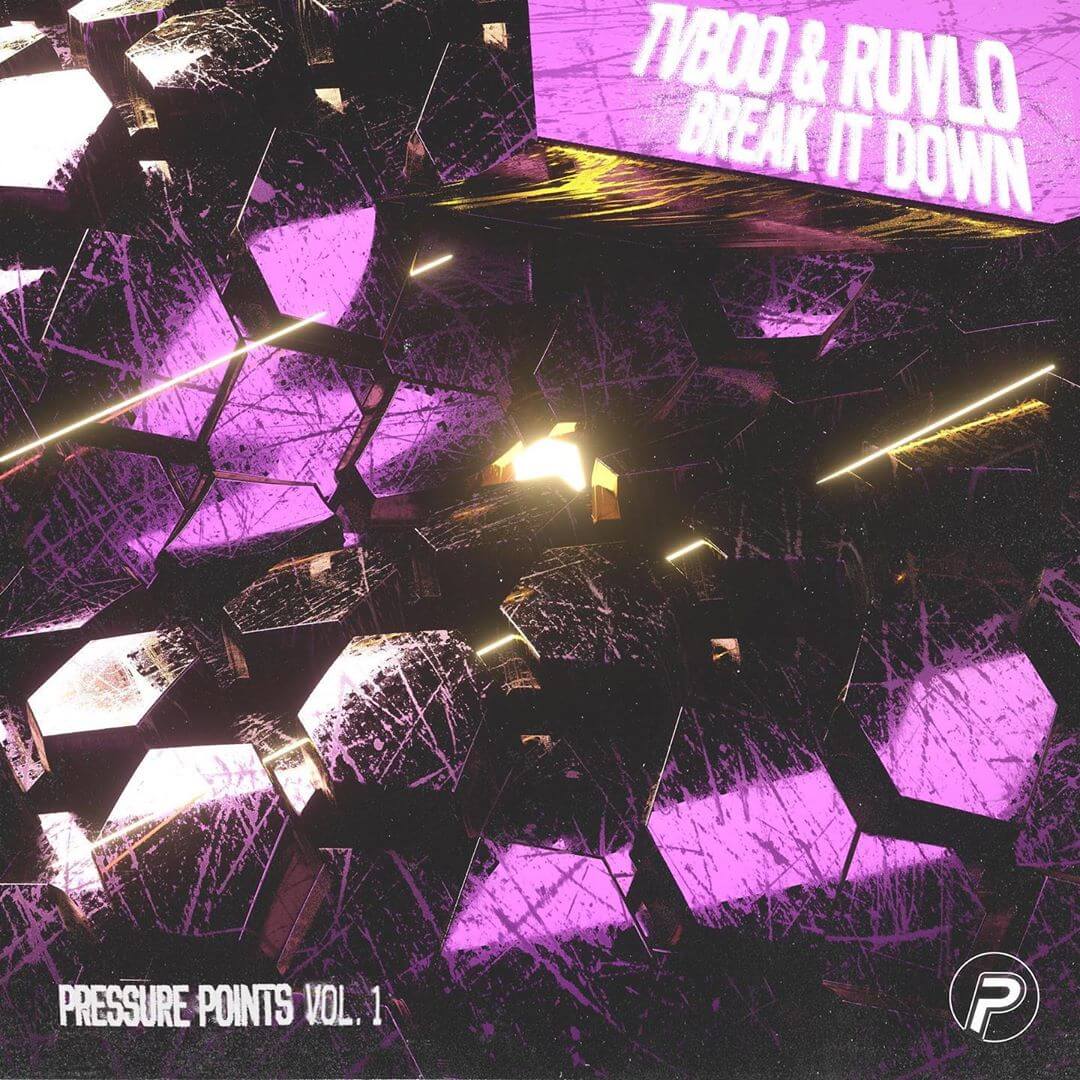 RUVLO and TVBOO Pick it Up with ‘Break It Down’

If the names RUVLO and TVBOO aren’t ringing a bell, make sure to write them down because their new collab “Break It Down” just dropped and once we listened to it, so did our jaws.

I STARTED THIS SONG AN ENTIRE YEAR AGO AND IT IS FINALLY TIME TO SET THIS BABY FREE.

Electric Hawk was lucky enough to hear it first a few nights before it dropped, and all of Twitter got a sneak peak once OVE posted a video of himself vibing to the beat:

Visions NYC co-founder and underground bass producer, RUVLO, said he started the song a year ago, and its fruition didn’t disappoint us at all.

We asked RUVLO what compelled him to finish the track after working on it for so long and he said,

Actually, I started this track in November of 2018. I made the first drop in a day because it just came so naturally to me. All of the sound design I was coming up with was just working out so well that the song literally put itself together without any thought. After tvboo sent me back a version with his dropped, i had a 3rd drop done and the song was finished. We finished this song sometime in February 2019 but waited a while for the release. Originally it was going to come out in May but it continued to get pushed back but truthfully it helped build the hype and made this all worth it. This song is something I’m truly proud of.

“Break It Down” has all the components of the perfect bass track. The song starts off with a 35-second intro with jungle drums that leads you to a non-stop filthy drop that makes you want to “B-B-BREAK IT DOWN”, wild out, and never stop until it’s over.

What can we expect from him for the rest of the year and in 2020?

I have a lot of music coming to finish off 2019 with. I’m coming in strong next month with 3 releases. 2020 is definitely going to be a trip, lots of stuff to work on and lots of things to look forward to as well!

And if you’re looking for a solid playlist to follow, keep up with our weekly Spotify Playlist, Fresh Hunts. Whether it’s the newest hits from RUVLO and TVBOO, your other favorite artists, some old school, or underground—we want you to hear it.