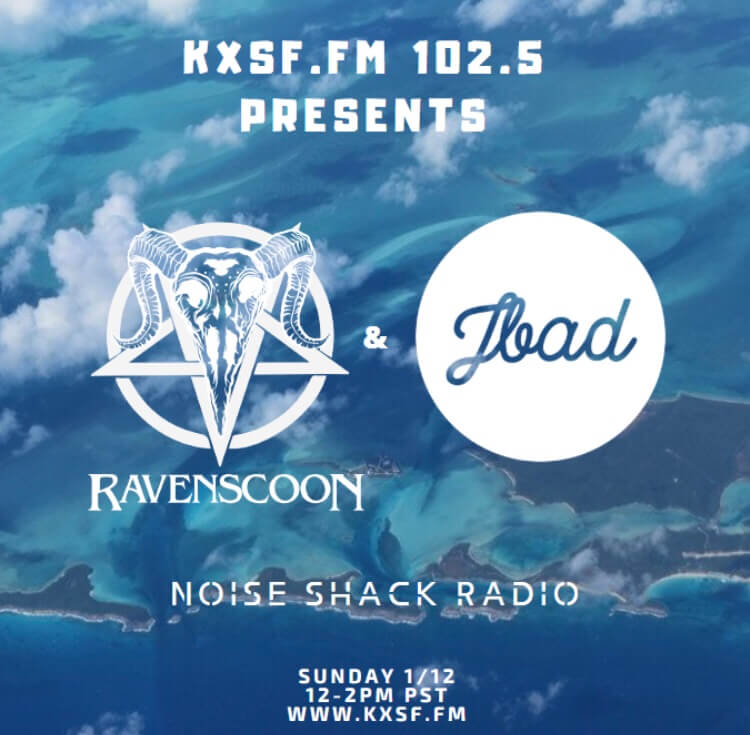 The Ravenscoon Noise Shack Radio interview in San Francisco takes us through his path in music and how he got to where he is today. From playing the trumpet as a kid to deciding to learn how to mix and practicing for hours every day for years.

In the Ravenscoon Noise Shack Radio interview, he emphasizes putting in hard work and just plainly stating “you have to be willing to not be good, for a while.” Wise words from a Raven. He also tells of how grateful he is to have loyal followers to help start and he loves the idea of being able to make someone smile and making them happy through his sound.

Ravenscoon, known by friends as Paul, has definitely shown us that his hard work has paid off. From booking sold-out shows, to opening for big-name acts, and releasing a mix of unreleased original music.

Before beginning his mix, he previews a song called, “Through the Silence” from his upcoming EP No Signal. It begins with a melodic broken beat, building up and then fading to the background as vocals take over. The overall track makes you feel like you’re floating, fully immersed in the sound.

The mix takes the listener on a journey starting with dubstep mixed with hip-hop vocals, hyping the listener and teasing with smaller psychedelic wobbles that coddles you.

The Atlanta DJ brings touches of trance and maintains a consistent tempo that is neither overbearing nor anticlimactic. It keeps it just right, naturally.

This mix features his own tracks as well as IDs and tracks from artists like Jaenga, MUST DIE!, Thelem. Plus he adds vocals from hip-hop artists like Three 6 Mafia, Gucci Mane, and Missy Elliot. Ravenscoon truly shows his versatile mastery over his craft.

He satisfies all those cravings in electronic music; from trance to dubstep, from drum & bass, hip-hop, and of course, free form bass.

His mix is sure to take you on a wild ride, we’re here for it! Listen to the interview and mix below:

And if you’re looking for a solid playlist to follow, keep up with our weekly Spotify Playlist, Fresh Hunts. Whether it’s the newest hits from Ravenscoon, your other favorite artists, some old school, or underground—we want you to hear it.