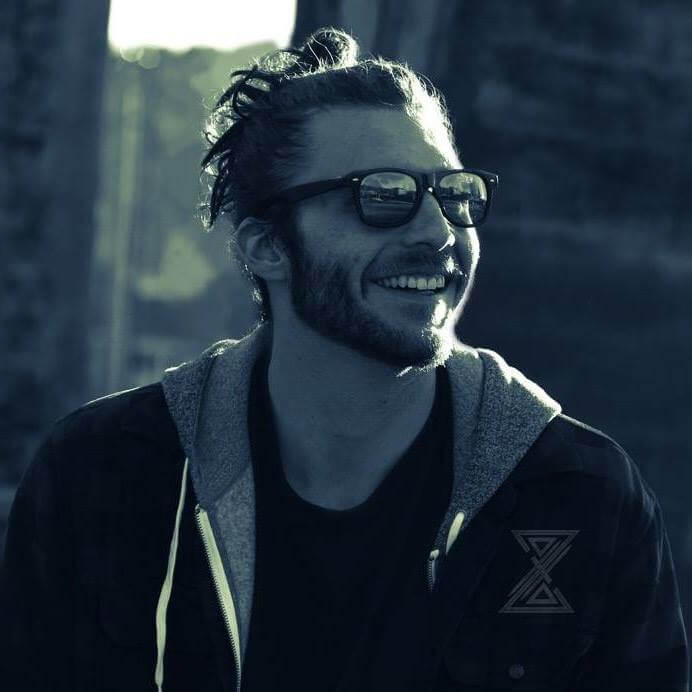 For the typical music lover residing in Denver, Colorado it is incredibly easy to let a plethora of unique artists fly under the radar. Due to the constant bombardment of art in our city, amazing artists often go undiscovered until long after they’ve put in the work. It is for this exact reason, that local tune-slinger Odd Zoo has made it his mission to bring us a continuous onslaught of sonic pleasure. After escaping the funny farm and migrating south for a few winters, Odd Zoo landed his musical animal house in Denver and has released consistent heaters since.

Otherwise known as Matthew Lowell, his style consists of mid tempo, dimension shattering, experimental beats with heavy hitting sub bass and a sprinkling of comedic samples. Combining otherworldly squelches and dimension bending sonic tricks, Odd Zoo may leave you bewildered. We had a chance to sit down with Matt, so he can to tell us more about himself and his music.

Electric Hawk: So Matt, you’re originally from New Milford, Connecticut. Is there any type of electronic music scene there?

ML: “Hell no… Anywhere I wanted to go in terms of electronic music was at least 45 minutes to an hour drive.  And even then, it was small.”

If that’s the case, how did you first discover electronic music?

ML: “Actually, it’s kind of funny. When I was a kid, me and my buddy Colin took his brother’s iPod from his house as often as we could. It had a bunch of old school artists on it like early Tiesto, lots of psytrance, and kinda four on the floor, pumping music… And once we got into paintball, electronic music kind of became the anthem… Those kids were just so weird and just really into a lot of different styles- that started off my varied interests in electronic genres.”

I’ve noticed that your music often contains unexpected elements, like combining many instances of different bass instruments to form one poly-rhythmic melody, or using instruments that are not necessarily traditional. This type of music doesn’t really align with the ‘four on the floor’ styles that you mentioned growing up on. Is there anything specific that encouraged you to incorporate strategies such as this in your music?

ML: “The music of Dave Tipper… hands down. As well as Pretty Lights. Both are masters at sampling – and Tipper especially composes his music so that you never know whats coming, both in terms of instrumentation and composition. Psytrance also often uses crazy instruments that don’t physically exist to replicate hats and stuff as well – all big influences on my music.”

You just released your EP ‘Please Don’t Feed The Parents Psychedelics’. Can you tell us a bit about the release?

ML: “It’s mostly just music I’ve had fun with the last couple years. Some of them are older but they’re all just goofy. Up until now I feel like they didn’t really fit anywhere else. I came up with the name when we were talking about feeding our parents LSD – we didn’t want them to like it, because then it would make them into cool kids, and we didn’t want that! [laughs] Mom, please don’t eat acid. (Dad, you can eat a little.)”

Is there anything that sets this EP apart from the rest?

ML: “I… tried way harder. [laughs] If that makes sense. [My previous release] Deviatio pt 1 & 2 was way more based on what I could do with sound design and this one I kind of just sat down and starting writing and let it come out, rather than trying to force myself and getting caught up on technical details. I guess I would say i focused a lot more on composition in this release. Each track flows into the next, and they all kind of hang out in the same realm.”

What are the same of the biggest challenges you face as a creative?

ML: “Me. And my self confidence. And my inability to shut my brain up sometimes. And not be overly critical of my creations”

In what ways do you lack self confidence?

ML: “..It comes and goes in waves. I feel like it would be my production more, only because there will be times where I think I have something down in my creation that is just, you know, unreal! And I’ll play it in a live set and it doesn’t elicit that great of a response and I’m like, ok… but then I’ll play it in another spot and it’ll kind of pop off. So finding that balance, gauging tracks by averaging responses from separate crowds I think helps me.”

In those moments when you don’t feel so confident in your art, how do you persevere?

ML: “Really just by reminding myself, it’s art. It’s my opinion and an expression of myself – I’m not trying to get rich off it (although its cool to get paid to do what you love), I just want the project to be known well enough to travel, and vibe with cool people. Thats how I keep going.”

What else do you want out of the Odd Zoo project?

ML: “I think being able to create the entire experience myself. Eventually having visual art to go with, and having enough content for people to connect with. I want people to remember, that we’re all here.. In the moment. When I am at an event, and I’m immersed, the only thing I am thinking about and feeling is the primal nature of.. tribe. Being there at music, together. Nothing else is going on. Human beings really are just animals … [and most animals can only live in the moment.]”

Do you have anything you want your fans to know?

ML: “I think its super important to acknowledge all the shit that goes in [in life] but not get too wrapped up in it… because otherwise you’re not gonna survive.”

Would you say Odd Zoo is the manifestation of that philosophy?

ML: “Oh yea. For sure. To just, goof. To be a goof. Even the crowd experiences I’ve had, not performing, are more and more reason I want to create that opportunity for other people to have. To let go, and be in the present with no reserves.”

What goals do you have for the future of Odd Zoo?

ML: “Well I had a pretty gnarly end to the year… But I’ve been talking to a few people so some Denver things will be coming pretty soon. And out of state is starting to look nice for the summer as well. I’ll also have a mix with some fresh bangers coming out soon. But for now, I guess stay tuned!”

How ominous. As cryptic a man as Odd Zoo can be, he is already bringing the heat in 2019, and sources say this is only the beginning. ‘”Please Don’t Feed the Parents Psychedelics” is available now on Bandcamp. All previous releases music by Odd Zoo can also be obtained at Bandcamp.com/Oddzoomusic or streamed on Soundcloud/Spotify/etc.