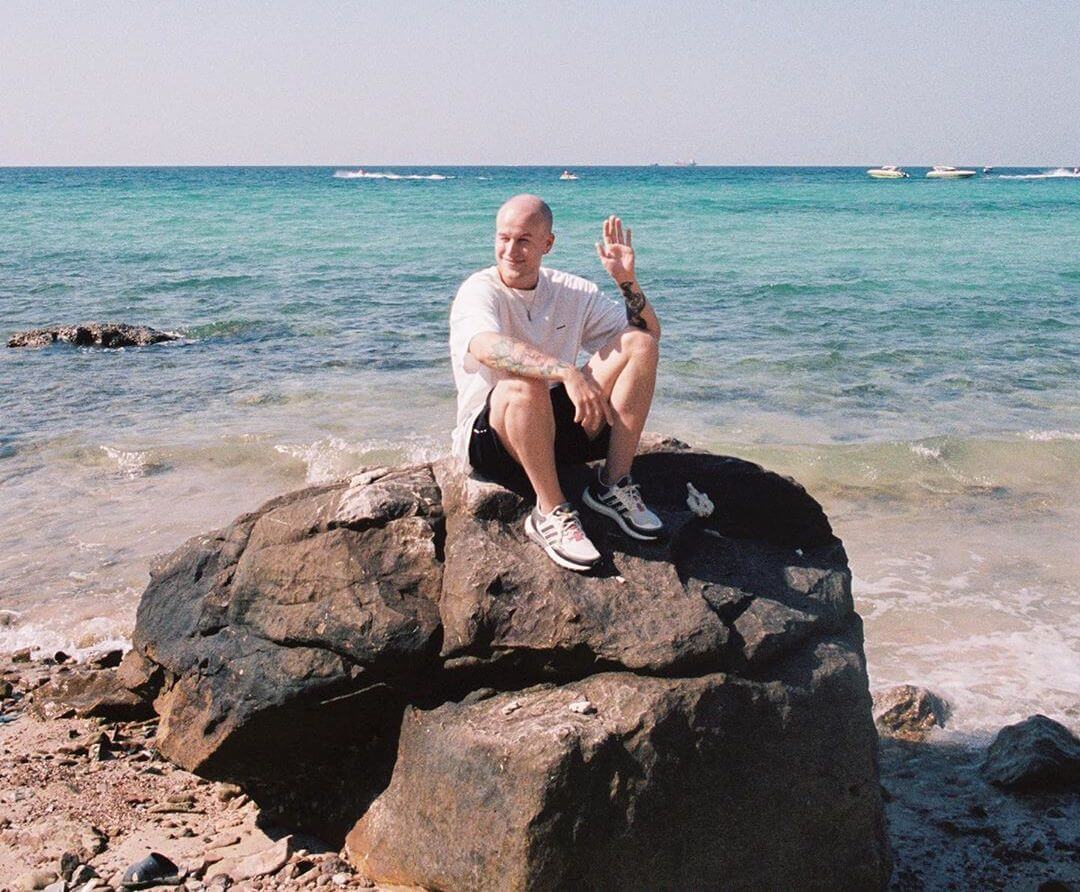 It took us (a little over) 2 weeks to soak it all in, but we can confidently say Medasin made serious waves with his sophomore album, RIPPLS. With his magnificent producing and features on deck, the record is jaw-dropping.

The 21-year old producer may be young, but his long discography has proven that he doesn’t disappoint. People were wondering how he could top Irene, but RIPPLS will bring you to another dimension.

His instagram caption reads, ‘I put all of me into this,’ and we can tell. The album was actually delayed from its original January 12th release date, but it was well worth the wait.

In times like these, there’s nothing better than soothing sounds to calm you down

Medasin uses a wide variety of sounds and techniques in RIPPLS that we can only describe as the electronic music equivalent of an ASMR video game. While video games can be chaotic and frantic, the Dallas DJ takes inspiration from those sounds to make something calming.

I was lucky enough to be on his two-stop “Into the Rippls” Tour in New York City. I can tell you firsthand this album is absolutely meant to be audio-visual. You can already dream up what the music would look like, but the majestic visualizers took it to the next level. So when he comes out with his full tour, I promise you it’s one you won’t want to miss!

Onto the album, I could go on and on about each song. But instead, I’ll give some special attention to my personal standouts.

By the intro’s name alone, you can tell Medasin did, in fact, intend for this record to be video game-like. It starts off slow with high pitched keys and birds chirping to set the mood, juxtaposing the digital and natural world. Buckle your seatbelts, because you’re in for a ride.

This track marks the first of many laudable features with rapper DCKWORTH. While DCKWORTH does go off (or “goes crazy”, I should say), the song doesn’t stray from RIPPL‘s relaxing setting. If you’ve ever seen Medasin live, you’ll know he goes hard and has always had incorporated hip-hop in his music. “Go Off” was neither a surprise nor a letdown.

I’m a sucker for breakup songs, so when Naomi Wild starts off without hesitation singing, ‘You give me headaches, I need medicine,’ I was instantly hooked. When the vocals break, the snares and high hats in the track build tension, making the listener anticipate what Wild will sing next. With a hook as strong as ‘You only ever make it worse for me, I want you to stay away from me. Every time you come around, you always let me down,’ you can’t deny the track is relatable as fuck.

Editor’s Note: It’s been on repeat for me all day if that gives you any indication of how my mental state is right now.

I love Medasin. I love Cautious Clay. These are two of my favorite artists in different genres, so believe me when I tell you I was hype when this dropped. I could go on, but you can read my full thoughts on FUXWITHIT.

If you couldn’t tell, I’m a very lyrics-oriented listener, but the whole album is a literal masterpiece. But you can listen for yourself and make your own judgment!

And if you’re looking for a solid playlist to follow, keep up with our weekly Spotify Playlist, Fresh Hunts. Whether it’s the newest drops from Medasin and all your other favorite artists, some old school, or underground—we just want you to hear it.