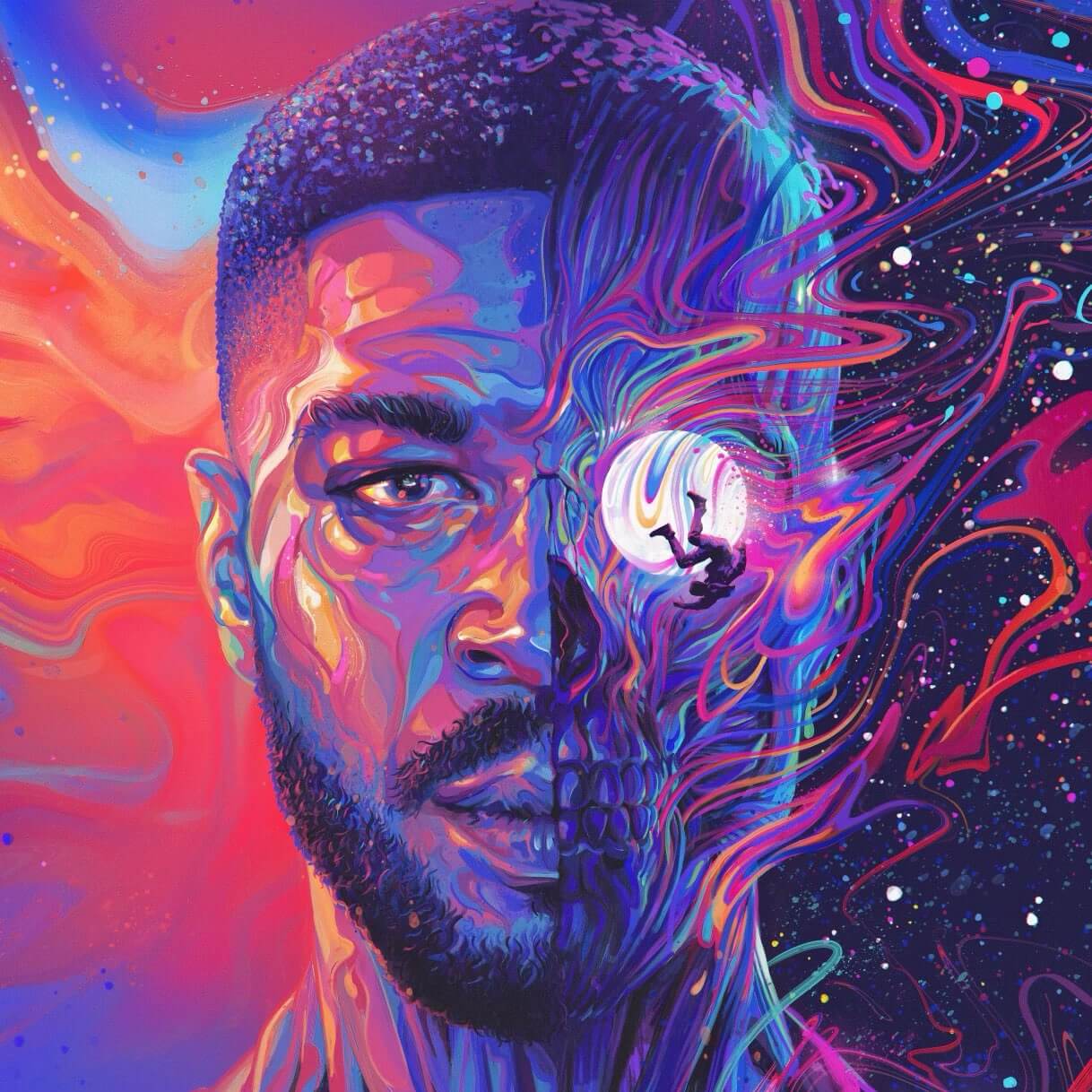 First things first, AAAAAAAAAAAAAAAHHHHHHHHHHHHHHHHHH. Following his 2009 debut of the legendary Man On The Moon: The End Of Day and 2010 Man On The Moon II: The Legend Of Mr. Rager, Kid Cudi is set to complete the trilogy we grew up on with Man on the Moon III: The Chosen. And, honestly, we’d be happy if this was an hour long audio tape of him humming at this point.

Due this Friday, December 11th, MOTM III is the Christmas present that came early. In the announcement below, Kid Cudi talks further on the album ten years in the making and gives us the first look at the official artwork and tracklist.

In the last 10 years, Scott Mescudi has been through hell and back. After feeling like his world was over, he found hope and overcame the darkness that was plaguing his life.

Split into four separate segments, each titled in their own respect, the 18-track Man on the Moon III will feature collaborations with Pop Smoke, Skepta, indie-rock singer/songwriter Phoebe Bridgers, and fellow rapper Trippie Redd. The album is also produced through Dot Da Genius, Take a Day Trip, and the team from the original MOTM: Plain Pat, Emilie Haynie, and Mike Dean.

Pre-save Man on the Moon III: The Chosen here and watch the trailer for it below

If you’re looking for a solid playlist to follow, keep up with our weekly Spotify playlist, Fresh Hunts. Whether it’s new Kid Cudi, all your other favorite artists, some old-school, or underground…we just want you to hear it.