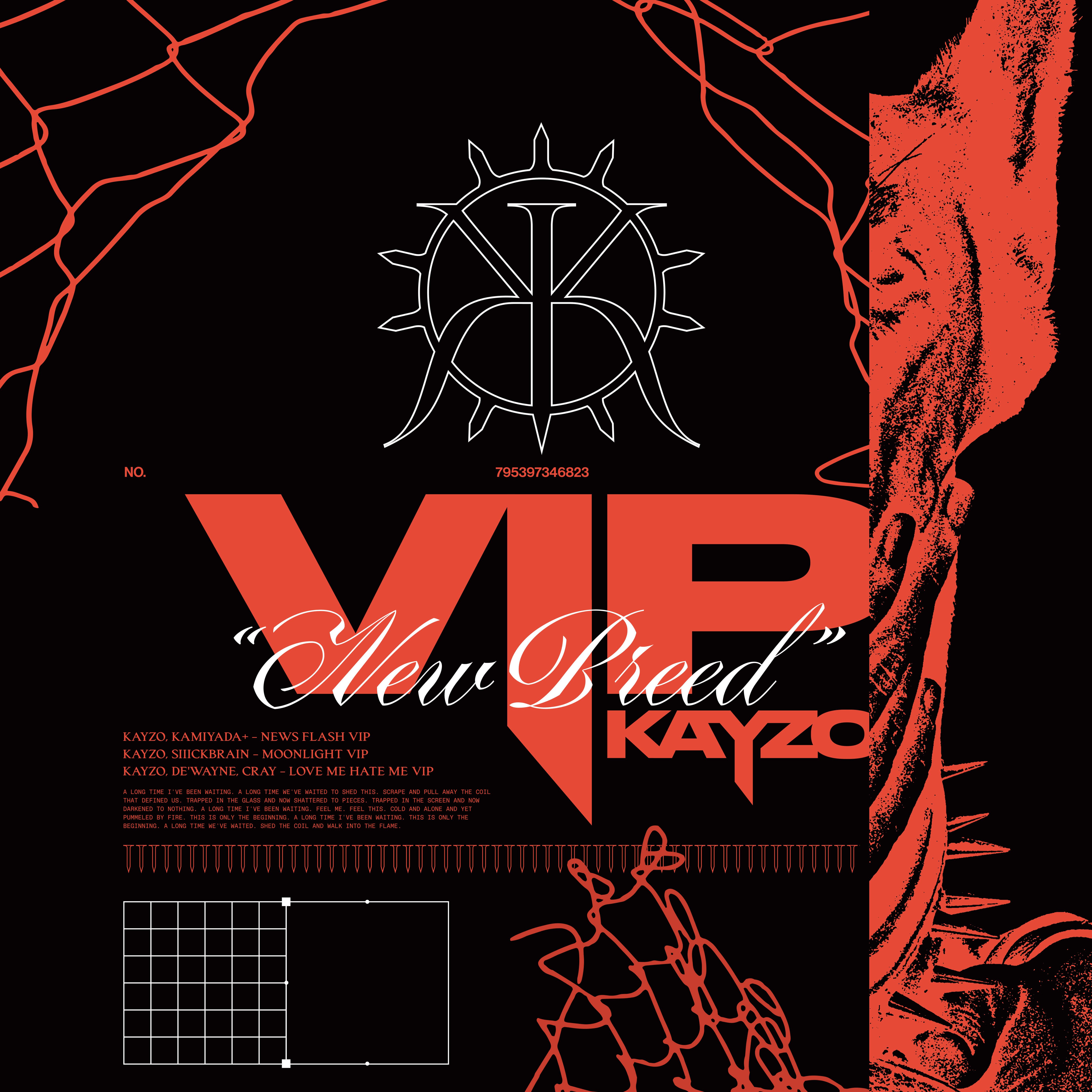 On January 13th, Kayzo released three new VIPs to round out the electro-rock vision that is ‘New Breed‘, a full-length album honoring the intersection of electronic music and aggressive rock. Kayzo’s New Breed VIPs serve as an expansion to the genre-bending album released on June 23rd, 2022.

First, Kayzo reworked “NEWS FLASH – VIP.” Featuring a slightly uptempo rendition, this VIP builds energy with its original intro and crashes wildly into the signature booming percussion and bass of heavy rock. The first verse is offset with classic trap bass influences; yet, we’re soon thrusted into a heavy dub breakdown accompanied by reverse bass elements to round out the madness.

“MOONLIGHT – VIP” dawns eerie yet powerful feminine vocals and raw drum and bass percussion. The breakdown highlights elements of neurofunk drum and bass while complimenting the complex syncopation of its signature percussive sound. The original version of “MOONLIGHT” quickly became one of our favorite tracks due to its drum and bass influence. It’s only fitting that the VIP recreation would expand on this bassline exponentially and, in our opinion, masterfully.

“LOVE ME HATE ME – VIP” immediately takes a different direction from the punk-rock foundation of its original. Brimming with energy, the track showcases its bass house elements while highlighting CRAY and DE’WAYNE’s trademark vocals. With a catchy hook and a chorus that invites the listener to sing along, this track’s VIP rendition will surely be a fan favorite.

With this introduction to Kayzo’s sound in the new year, we are more than excited to see how he continues intertwining his relationships with electronic music and rock. And with the New Breed tour well underway, including stops at some of this summer’s most notable music festivals, there’s more than one opportunity to experience this momentous energy for yourself!

In the meantime, you can listen to the New Breed VIP at the link below!

If you’re looking for new music, keep up with our weekly Spotify Playlist, Fresh Hunts. Whether it’s the newest tracks from Kayzo, something new from your favorite artists, some old school, or underground—we just want you to hear it.