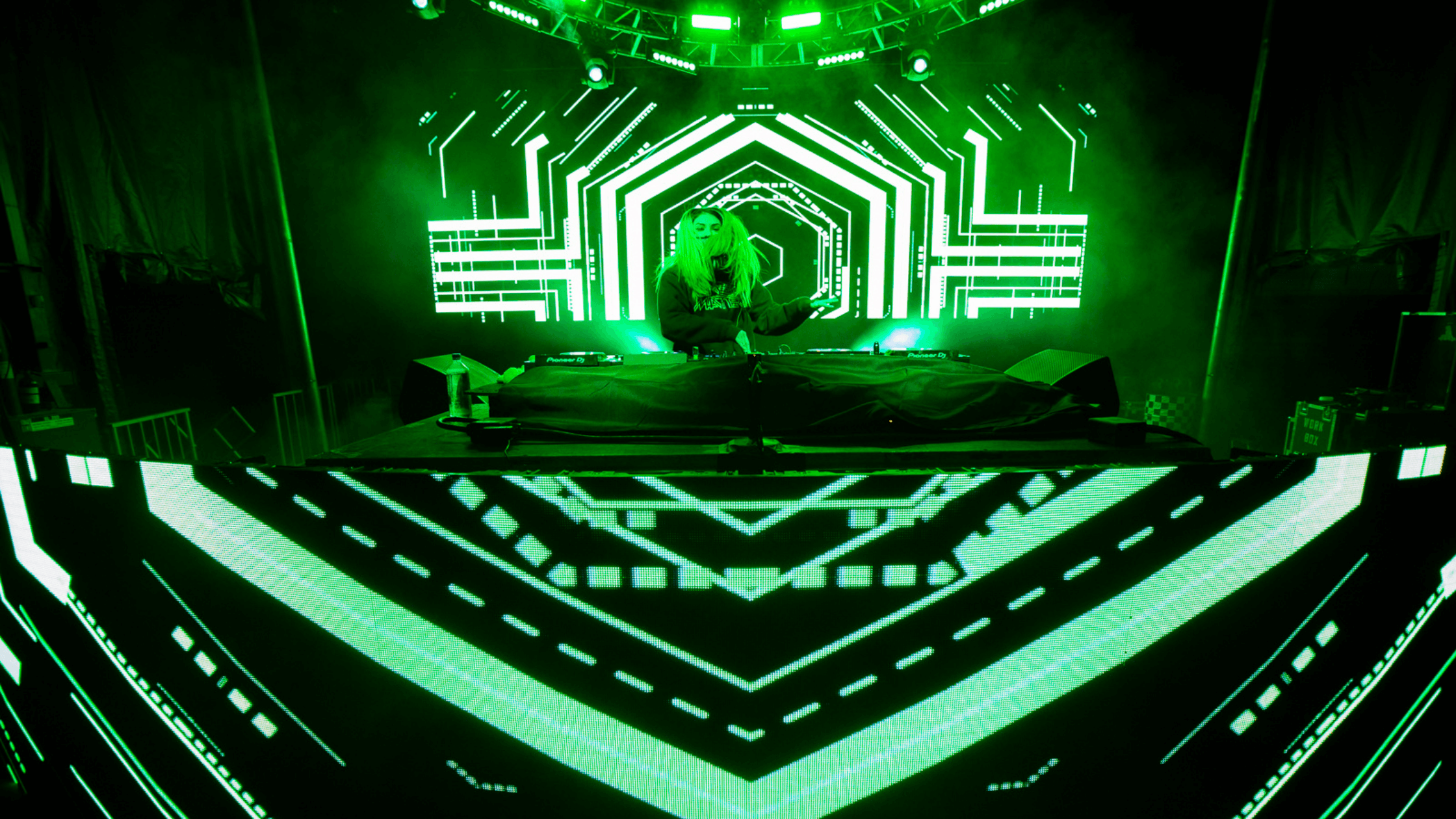 Latest Green Matter EP Will Get Your ‘Speakers Knockin’

Bass rumbles from within the Rocky Mountains, and it surprises no one that these sounds are emanating from Denver-based producer, Anita Rojo. Better known as Green Matter, her Speakers Knockin‘ EP dropped on August 19th, showcasing her affinity for 2009-2013 era dubstep while incorporating characteristics from today’s bass music.

Green Matter shines vibrantly in the saturated Denver market, and it’s turning heads. Her music undeniably invokes nostalgia for the dubstep sounds that first hypnotized many fans. Green Matter then captures further attention with dashes of modernity from bass music. The driving energy and intensity of dubstep, in combination with sustained bass frequencies and other sound elements typical of bass music, color Green Matter’s signature sound.

Green Matter offers three tantalizing tracks in the Speakers Knockin’ EP. She serves up a buffet of dubstep, seasoned to perfection with flavors of bass music. This energizing EP compiles excellent examples of her sound, giving nods to several of her musical influnces through the body of work.

The Speakers Knockin’ EP opens with the song sharing the same name. Green Matter creates a soundscape comparable to a futuristic jungle venue holding a rave. Momentum steadily builds, and the track drops into the perfect hybrid of dubstep and bass musics. “Speakers Knockin'” delivers the perfect amount of energizing grime and gives listeners a feeling of invincibility. Green Matter lets her strength as a producer show here, but leaves plenty to be heard throughout the EP.

Following “Speakers Knockin'” is “Off Like A Bomb;” a vocalization is fueled by a staccato drumline. This foundation guides the listener into a dense composition of wavering bass frequencies underlined by laser sounds and whirs. A punching bassline carries the melodies and harmonies, fueling fans like a gas station Red Bull.

In this last track on the Speakers Knockin’ EP, Green Matter unleashes several tricks in her production arsenal. “Going Up” opens up menacingly and unfolds into gritty dubstep; the early 2010’s influence on this track is immediately apparent, indeed. Careful composed industrial sounds create a monstrous melody. Eventually, this leads into a manipulated hybrid of electro house and Green Matter’s take on dubstep.

Speakers Knockin’ is a heavyweight EP that will satisfy headbangers and bass lovers of all walks of life. With this EP, Green Matter tells the scene that her sound and future are as bright as her hair. She’s quickly approaching the limelight, and she won’t stop until everyone is seeing green.

Listen to the whole Speakers Knockin’ EP below, and be sure to give Green Matter a follow!

And if you’re looking for new music, keep up with our weekly Spotify Playlist, Fresh Hunts, or follow us on Twitch. Whether it’s the newest drops from Green Matter, all your other favorite artists, some old school, or underground—we just want you to hear it.