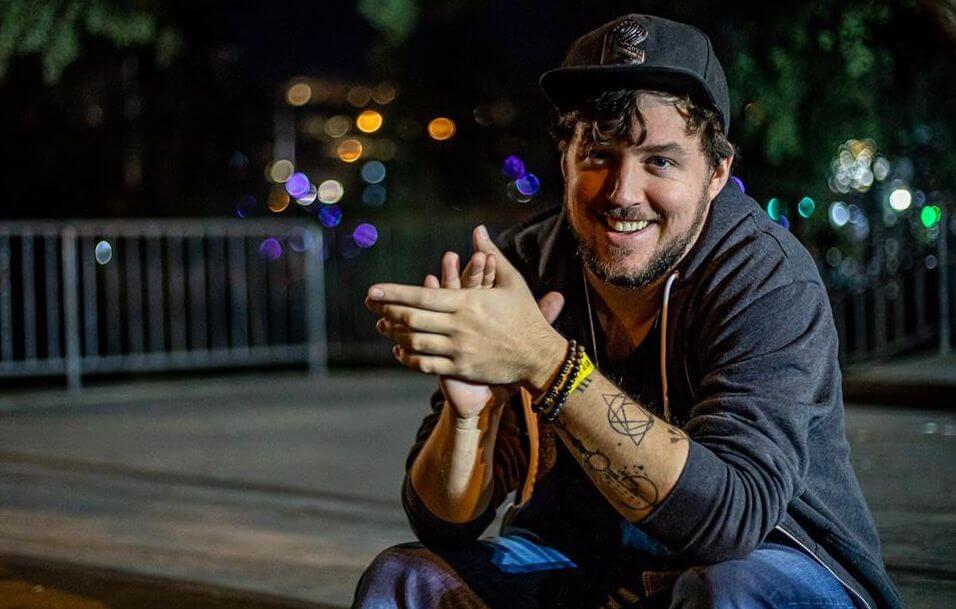 Get ready to get funky because Vincent Antone is bringing in the heat with his new No Turning Back EP… and ain’t nobody stopping him!

The Austin-based producer has many talents. He plays a plethora of instruments and a wide variety of genres influence his sound. Some of these include funk, hip-hop, soul, and future bass.

Vincent Antone’s No Turning Back EP is something you can’t help but get up and dance to. It’s the type of music that will lift you up when you’re feeling down and put you in the party mood!

The funk/electro-soul genre is known for having super chill producers represent it. So when we got to ask Vincent some questions about the album, it was no surprise that he was more than happy to share!

Electric Hawk: Hey Vincent! Congrats on your first debut EP! We really loved No Turning Back! How did you get inspiration for this album? And what does your creative process look like since you play so many instruments and take so many bits and pieces from different genres?

Vincent Antone: Thank you so much! Appreciate the love! This particular record sort of formed itself over the course of a couple of years. I really took the time to amass a body of work before I launched this project in an official manner. So I’m still sitting on many, many songs… That being said, inspiration really has no schedule. So I tend to ride the wave ’till the end once I find it.

A lot of the inspiration from this record came from the sheer curiosity I have for trying to understand the science of a groove, and what makes people move in terms of things like swing, syncopation, and space. I spent a lot of my youth following jam-bands around the country. What you get from that are these brief moments of synchronicity born out of improvisation. It’s those small unplanned moments that can really spark something organic and makes you feel alive. And so I look to harness that feeling and try to create these songs that awaken something in people the same way.

As far as being a multi-instrumentalist with a wide range of taste, I think it just comes down to blending all the different things I love, and having the technology to do so. In the creative process, I take the best elements out of the different sounds and genres I like. Then, I work them in a way that works for me. It makes things difficult when [asked to] categorize my music. But I think there’s something to be said about satisfying that creative itch one has primarily… And then hoping it resonates with others on the other side of the speakers. And so far it has!

EH: You’ve worked with super heavy-hitters of the genre like Pretty Lights, Gramatik, and Opiuo. What is your dream collaboration?

VA: I have so much respect for many artists, EDM and non-EDM alike. But in the electronic world, I would have to say Pretty Lights and The Floozies.

Pretty Lights because he was such a groundbreaking artist for electronic music and his live shows are so forward-thinking. The way he’s been able to turn his sound into a live-band setting, and then take those songs and turn them into improv jams on the fly is very impressive and not easy to do. So I would love the opportunity to get in the studio with him and see his mind at work.

The Floozies because they just throw down. Period. I’ve seen them a number of times. But one time in 2014, in the tent stage at Wakarusa, I left that set with my jaw on the floor because of the level of raw energy they put out and how much of a party the whole show was. I was never the same afterward. Plus they have a very similar live set up as me (a guitar player/producer and then a drummer).

EH: What was your favorite track to work on in this EP and why?

VA: I probably enjoyed writing “Atomic” the most because it just started as an acoustic guitar riff that I wrote on my couch and then said, “Hmmm, how could I turn this into something cool?” And I’m just really happy with the outcome! The idea of taking a southern-fried acoustic riff and then turning it into a glitched-out sort of gospel/electronic bass song is a little challenging, but I think it came out nicely.

EH: Anything else you want to add about the album?

I just want to shout out my team, because frankly, I’d be nowhere without them. I have this group of guys around me who are so dedicated to what I’m doing and my vision I’m just very grateful.

Something that sort of gets lost in the album reviews is how it manifests in the live show, and there’s something really special going on there. I have Jose Gutierrez on the drums who has spent time playing in the drum core for the Dallas Mavericks and Dallas Cowboys. Then you have me shredding the guitar and playing keys here and there. We’re able to change and edit songs on the fly, so it’s not the exact same show every time.

Behind the scenes, I have Steven Sullivan. He’s a frequent collaborator and dear friend of mine who builds custom synthesizers and lights, as well as helps generally from a tech standpoint. I have my longtime friend, Jack Gallagher, helping in management positions and concepts. And last but not least, Casey Byars customizes lasers, lights, and visual projections for me.

All of this to say, when you come see a show, it IS NOT just my creative output you are getting. It is a culmination of a lot of brilliant folks lending their efforts to my work. And that is something special.

“No Turning Back” is about moving forward, despite life’s obstacles. We can’t change the past, but we can shape our future. And that is a real-life superpower. Perhaps most importantly, we can try to have a good time along the way…

After hearing how passionate Vincent Antone is about his work, we have to stan! It’s rare to see a musician speak so freely and support their fellow artists. We’re lucky we get to support someone as humble as Vincent!

Support Vincent Antone and listen to the No Turning Back EP below:

And if you’re looking for a solid playlist to follow, keep up with our weekly Spotify Playlist, Fresh Hunts. Whether it’s the newest drops from Vincent Antone, all your other favorite artists, some old school, or underground—we just want you to hear it.