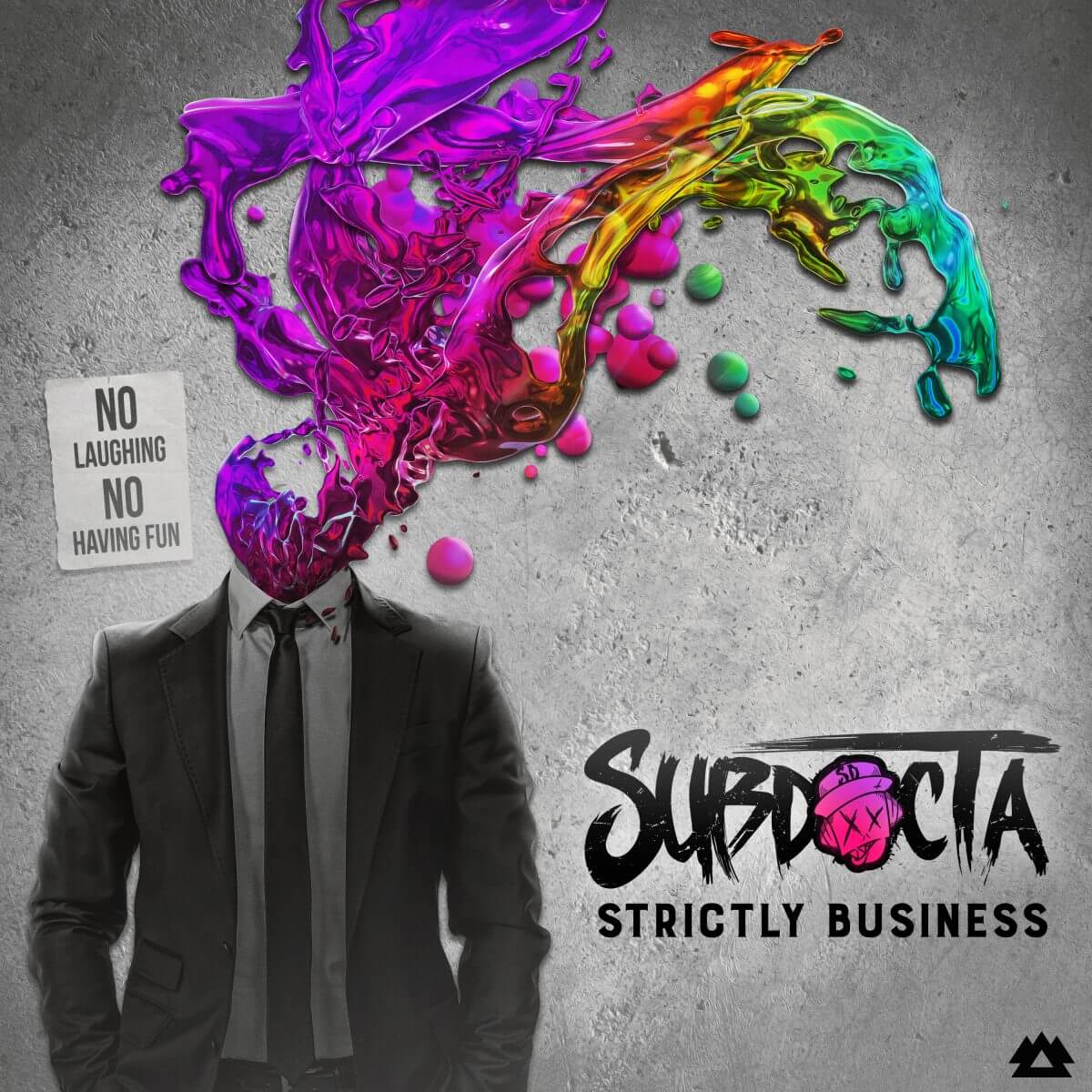 By Frankie ZimmermanApril 7, 2022No Comments

Our favorite Dub Doctor is back and bigger than ever! Subdocta is letting us know that he means Strictly Business in his debut LP via WAKAAN. Within the album are plenty of collaborations; both from long-time WAKAAN mainstays like Sully and TVBOO, to newer members of the WAKAAN family, like Oxossi and p0gman. This 12 track LP has everything from wonky wubz, to drum n’ bass, and dubstep with gut-wrenching drops.

No laughing
No having fun

Preston Charles, aka SubDocta, made a name for himself in 2017 with his wildly successful single “2009 Was Tight“. Since then, Preston has been known for producing his own brand of dubstep, a hybrid that he’s dubbed, “West Coast Wobble,” acknowledging his upbringing in Reno, Nevada. He has been featured on a number of high-profile tours with some of the biggest names in dubstep, including Ganja White Night, Excision, Riot Ten, Dirt Monkey, Boogie T, and Opiuo to name a few. Now, SubDocta is entering the final stages of his ‘Strictly Business’ Tour that started on January 13th. He has been building to this moment by dropping new music every month during his tour. And in late March, SubDocta unveiled his LP to the world. This album has heavy-hitting tracks that all provide evidence that this is his greatest year to date.

I hope you enjoy it. It’s a dream come true to have an actual full length album come out. Special thanks to all the collaborators and guests for being a part of the journey with me. This is still only the beginning

The album starts off with “Iced Up”, a track that has been out since late January, and it sets the tone for the rest of the LP. “Iced Up” has a hard trap beat that primes itself perfectly for the rap lyrics instructing you to ‘flex your ice.’ This track has some “twerk vibes like the good old days” as stated by SubDocta, and of course, has his “lil wobbly spin on it.” When the heavy oscillating bass drops it creates an overwhelming feeling that will make you lose your mind as you move to the beat. So far this is the standout track on the LP, and it is easy to understand since everyone enjoys shaking some ass out on the dancefloor. Subdocta flexes hard in this track with his creative collection of bass, rap, and trap elements that primes the listener for the rest of the album.

Doctors love dishing out drugs, and SubDocta absolutely delivers here with the collaboration from TVBOO. ‘Dope Slanga’ is one of our favorites from the LP, just wait until you hear the syncopated rhythmic patterns. The sub-bass frequencies of this track will make it extremely hard for us to not have fun in the crowd when this tune drops.

TVBOO and Subdocta start the track off slow with a collection of sounds that lead up perfectly to the first drop, thirty seconds in. It takes you on a journey of sounds that will leave your eardrums tickling as the dope slanga drops some hard-hitting bass. All kinds of wobble will leave you making the nastiest of faces as the bass takes over your mind. This is the first time Subdocta and TVBOO have collaborated on a track of their own and they show here that their minds can create the nastiest of drops.

Subdocta and Grace Hayes both come together to talk about their proclivity for being left out, rather than let down. But we can assure you that this track will not let you down. The songwriter starts the track off hot by rapping about how peculiar her crew is and paints the picture of Jigglypuff – but hot.

Grace Hayes is more than just a songwriter – she’s a producer, poet, model, actress, American Idol alumni, TEDx speaker, and internationally viral content creator. “Letdown” has been doing well in terms of streams and is the third most listened-to track from the album. Subdocta reminds those who are left out that it could always be worse. He has produced something that can only be explained as a chill vibe of sexy bass intimacy that soothes the listener until it builds to a climax at the end with unreal bass drops.

Subdocta dropped this track along with “Iced Up” in late December. This track has heavy-hitting bass with all the West Coast Wobble vibes in it. There are even some amazing DnB elements mid-way through. It makes sense that this is the second most played track in the album. We are so excited to see it surrounded by so many other songs in the full-length album.

After working hard for two years SubDocta has been able to put something out that represents himself well.

These four tracks are what we consider the highlights of Strictly Business, but if you liked any of these, then you are guaranteed to enjoy the others. It is highly recommended to find some time to listen to this whole album all the way through at the gym, on a run, in the car, or at the party because this LP takes you on a journey that will leave you shaking your ass and bewildered due to the sheer nature of bass supplied.

We know there is a bright future ahead for SubDocta, and Strictly Business is a huge contribution to the West Coast Wobble genre. The tour will end in September so make sure to check his website for dates to attend.

Listen to Strictly Business in its entirety below

Looking for new music? Keep up with our weekly Spotify Playlist, Fresh Hunts. Updated every Friday with all the latest releases. Whether it’s the newest drops from SubDocta, all your favorite artists, some old-school, or underground…we just want you to hear it.