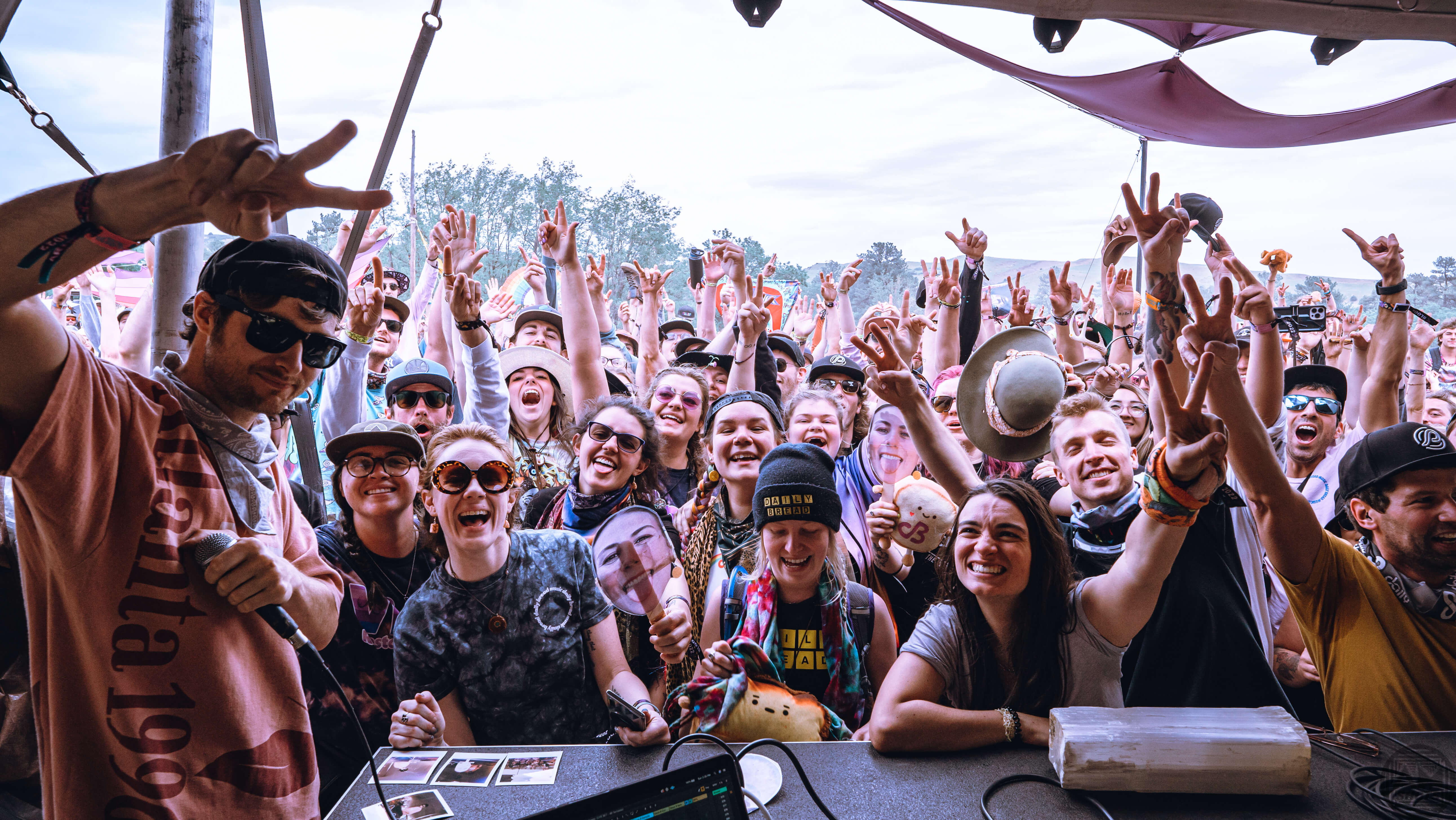 The Bloom Was Sonic and Daily Bread Was Iconic

We’ve had a few weeks to process all that was Sonic Bloom, and although it felt like survival of the fittest, it was still an amazing time. The weekend was filled with incredible performances, hurricane-speed winds, baseball-sized grasshoppers, and lots of bread (of the Daily variety).

Sonic Bloom 2022 was definitely the year of the bread. Not only did Daily Bread throwdown a massive set at the Hummingbird Stage Saturday night, but also kicked off things early Sunday with a Bread and Breakfast Set. Amid the madness, Electric Hawk was able to sit down and catch up with Daily Bread.

CO: The first time you hosted a live Bread and Breakfast was at Sonic Bloom in 2019, and now you’re back in 2022 doing it again – in your opinion, what are some of the most significant ways Daily Bread has evolved?

DB: On the topic of Bread and Breakfast, it’s been a pretty cool evolution. We were still able to do the first Bread and Breakfast here (Sonic Bloom) before everything shut down. So, we continued doing Bread and Breakfast live streams when the pandemic happened. After the second of the third one, they had this life of their own. It was almost like people were finding out about me through these streams. So now, three years later, it’s cool to come and do another live one because it was a lot bigger. More dense crowd and the energy was a lot more potent than last time. It was cool seeing the growth from my vantage point. It made me proud.

CO: Yeah, I remember you saying you were surprised by how many people were there

DB: Yeah, I was! I was looking back, and it was full, basically as far back as I could see, even people standing on tables. I was like, “this is sick,” it felt just like last night (Saturday Night Hummingbird Stage).

CO: Regarding the Cloud Conductor alias (Denver fam iykyk), can we expect to see more of that in the future, or are you doing any sets under that alias?

DB: Using the Cloud Conductor alias is a fun way to do some secret fun sets that are a bit different than a full-on Daily Bread set, with full production and stuff. But yeah, you can expect more Cloud Conductor sets – we don’t have anything in the works right now, but it’s a cool avenue that we can use to do more stuff with at any given moment or any given event. So you’ll be seeing more of that.

CO: Out of curiosity, what are your five most recent searches on Spotify?

DB: Okay, I got this song Bamboo Sun by Jens Buchert. I heard that in the Delta Lounge, and it’s just really dope. Then, I just listened to Future’s new album. Earthgang, that’s my shit they’re from Atlanta, and Iceberg Slim, a really dope artist that many people don’t know about, and then my boy Late Night Radio.

CO: What kind of music is Iceberg Slim?

CO: So, it’s been a couple of years since your last official release. Do you have any insight on when we can expect new music?

DB: Yes, I am working on a new release right now, figuring stuff out for it. It’s going to be a pretty big release, and I’m taking my time a bit more with it because I’ve been touring a lot and trying to harness inspiration from my tour to bring back to the studio and the floodgates have been open. So I’ve just been making music still. But yeah, we got an official release I’m looking to do before fall if the timeline stays. Also, have the next USB coming out ASAP. That’ll probably happen first, hopefully in the next month or two. I already have like eleven tracks bounced out for it, and there are three or four more that’ll all be new and on it. I also have a cool concept for the design that I’m excited about.

CO: Finally, You’ve been announcing a lot of upcoming shows/festivals. What are some of your favorite venues/festivals you’ve played?

DB: I’ve had two really impactful sets in the past year that really stuck out. One was Hulaween, we got to pack out the amphitheater stage at sunset, and Lettuce was playing later that night, so Deitch’s (Adam Deitch, drummer for Lettuce) kit was set up, so he came on and rocked a couple of songs, so that was really fun and super cool, the energy was great, very fun daytime set.

The other one was Resonance. I got to play right after Tipper, and you know Tipper is just like a demigod of EDM and heavier bass music, so it was really fun to come in and deliver something that’s like the exact opposite of Bread and Breakfast playing at 3 am under the moon, so that was awesome and impactful. It felt like a proper main stage time slot and one of the only times I could flex like that fully. Hopefully, in the future, I’ll be able to return to both of those festivals.

CO: That Resonance stage was cool too because it was right next to that main stage for Tipper, so the crowd could easily migrate over to your set afterward, so there was a huge crowd.

DB: Yeah! It was kind of like a little game because anyone I could see in the back people walking by, so I’d try to play a song and get them to stop and be like “ayyyye” it was fun to see that happen in real-time. So that’s just an impactful moment that’s stamped in my mind.

Thanks to Sonic Bloom for having us out for an eventful mountainside weekend and Daily Bread for taking the time to give us hawks the inside scoop. We’re already counting down the days til next year for another dose of bass, bread, breakfast, and bloom.