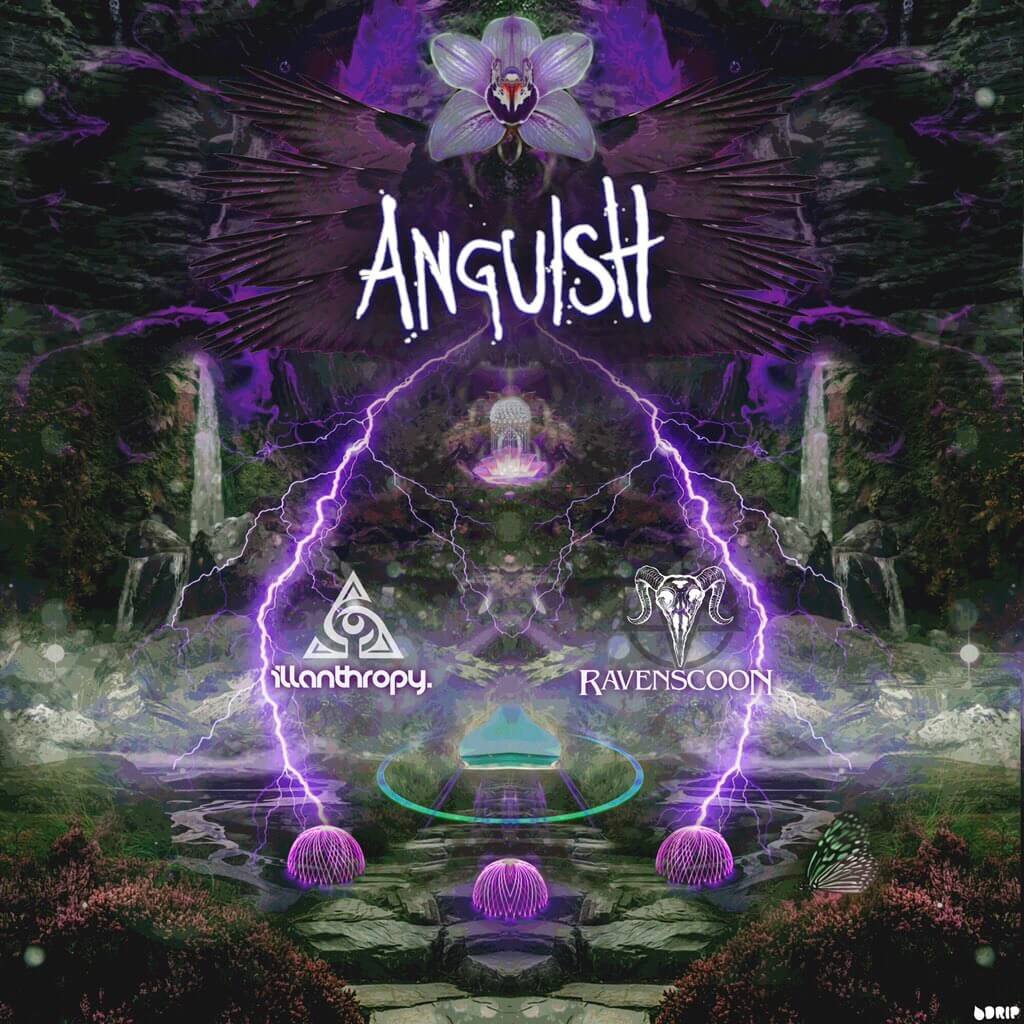 Ravenscoon and Illanthropy’s ‘Anguish’ is an Ascension into Sonic Heaven

Several months have gone by since Ravenscoon’s guest feature on Electric Hawk Radio, and he’s clearly been on a skyward trajectory on an artistic detail for his music and releasing on arguably the hottest label out right now, ‘a 40oz Collective‘. Illanthropy on the other hand is riding high off of his booming EP, ‘ESCAPING THE FORMER‘.

‘Anguish‘, a melodic dubstep release that is teeming with emotion and fluttery synths, is the masterful result of these two creatives. Echoing in, the track is induced with soothing vocals, followed by a bass lead that resonates so powerfully it begins to wash over you. Ravenscoon and Illanthropy set out on a mission to invoke a feeling of overwhelming emotion, and they delivered just that.

“I sat down and wrote the fist version of this song when I was going through extremely negative thoughts. I had found this royalty-free trance vocal that really spoke to how I was feeling at the time, so I built a slow-melodic dubstep drop around it that is meant to feel like the waves of depression that were crashing over me, at the same time there is this vocal is slicing through with a bright light of hope.” – Ravenscoon