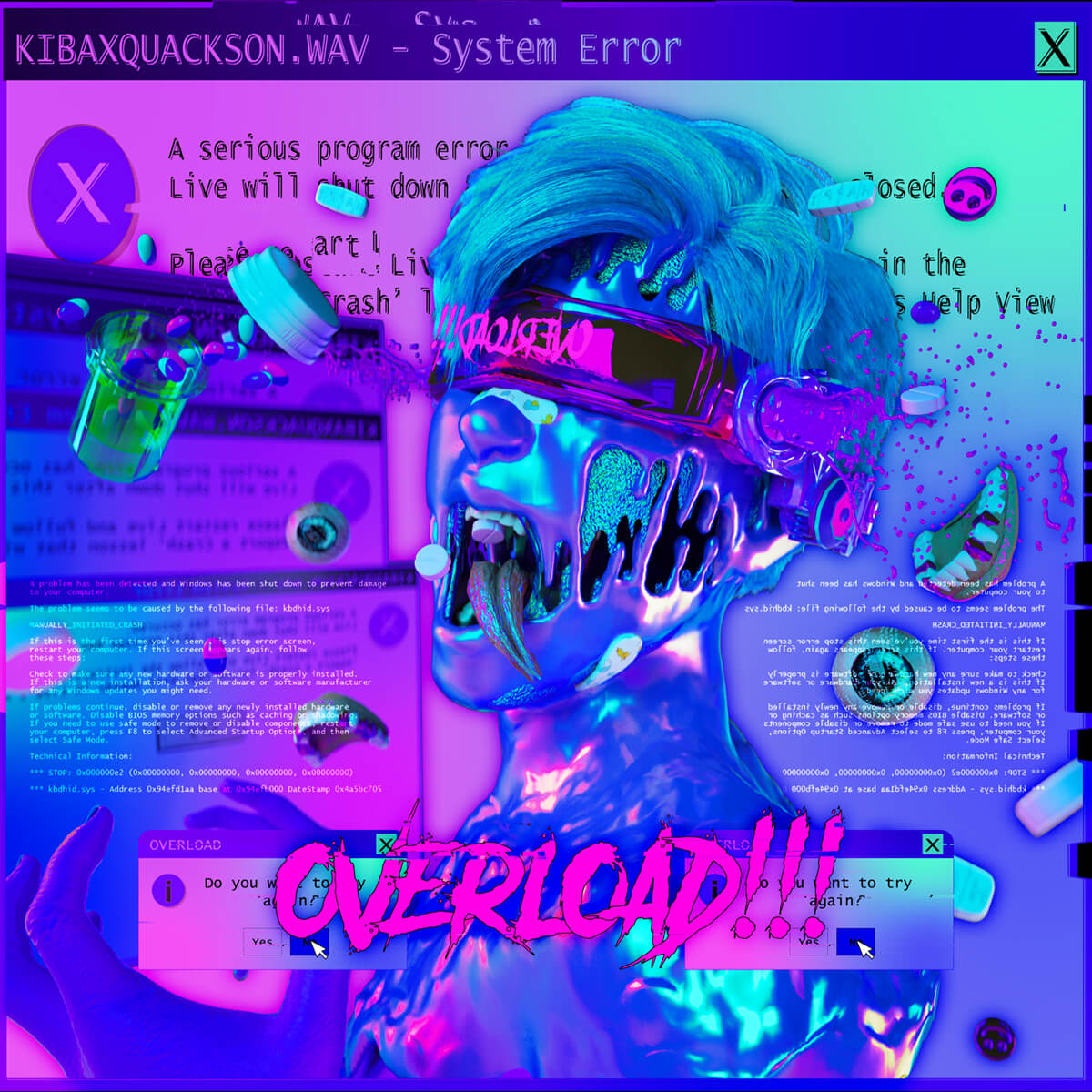 The origin of the collab first begins in 2017 when a group of Seattle artists, led in part by Jackson Wells, known on stage as Quackson, came together to form WAVES. WAVES, an artistic collective, was created to help provide a collaborative and supportive environment for local Seattle artists.The group would eventually amass to include over 70 local creatives of varying talents and abilities.

Meanwhile, Kiba, real name Robert Shih, would eventually be among those 70 artists, moving to Seattle around this same time. Eventually, Shih and Wells under the same Seattle skyline would take over the local music scene. In an environment now able to foster their creative growth, they could now refine their own creative talents. With this formula, it was only a matter of time before the collab was born.

WAVES spans a multitude of artistic mediums, including music, performance art and visual design. The group also creates experiential installations and events, including their most recent event “WAVES Presents: Magical Creatures”. It provides a platform where creative minds from different backgrounds come together, complimenting and elevating one another in the process. Under the guidance of Wells and fellow founder Hannah Selene, the movement is a result from a capricious collaborative atmosphere that they saw had potential for more.

“I’ve lived in Seattle my whole life and it always has felt both tight knit, yet kind of estranged at the same time. This is one of the reasons we founded WAVES Presents: to create an opportunity to work with other artists that are like minded and that share similar goals/visions.”

While a part of this collaborative environment, the two producers quickly became friends. Feeding off each other’s passion and creative drive, their creative talent catapults their art far beyond their Seattle homes.

“I am a huge fan of Rob’s project; I feel like he’s an artist that is truly pushing out cohesive music that defies genre norms while still maintaining a consistent vibe. We have become damn good friends since he’s moved to Seattle, and I’m sure this is the first of many collabs.”

Quackson on working with Kiba on track “Overload”

“Listening to his [Quackson’s] stuff has always been really inspirational and makes me want to push the boundaries of my own work, so getting to see his production process and techniques he uses was super insightful and eye-opening.”

Kiba on working with Quackson on track “Overload”

I recently took a visit to Apple’s Genius Bar after the display on my laptop had started to distort. The paperwork given back to me described the issue as having a display which was ‘garbled and distorted’. While a death sentence to my computer, it’s a fitting description for this collab.

“…we both like to do a lot of experimental stuff with sound and music, and we pretty much approached this one with no specific plan from the start. We just let the ideas roll out as they came, and had a blast doing so.”

Kiba on creating “Overload” with Quackson

Initially starting slow and dramatic, the tempo quickly builds into an intense array of sound, dropping into some of the glitchiest mid-tempo I’ve yet to hear. Interesting bits of sound are masterfully pieced together over a dark, heavy bass-line, creating one particularly unique listening experience.

The duo captures a low, static bass reminiscent of that sound your grandparents’ dial-up computer used to make when you got too close to it with your flip phone..only cranked up to an eleven.

GHØST GIRL, also a member of WAVES, creates a dramatic visual pairing. Surreal images of dismembered eyes and teeth guide your attention throughout the art. They float around a decaying cyberpunk AI in a crashing computer. Soon after, a gleaming bottle of pills enter the visual. Vivid purples and iridescent pinks contrast the black background, creating a uniquely futuristic, vaporwave aesthetic.

“She’s [GHØST GIRL] got a knack for creating some real forward-thinking stuff with a unique vibe, and she did an amazing job with bridging the gap between all our different aesthetics.”

The visual teaser and cover art do wonders in bringing to life a sound that’s admittedly difficult to put into words. Together, the three of them undoubtedly create a stimulating experience you likely won’t soon forget.

After hearing a track like this one, it’s hard not to wonder what’s in store for the two moving forward. Fear not, for both producers have their own boundary-pushing EPs that are not just in the works, but essentially complete.

Kiba’s EP will bring a range of sounds together to create what he calls his ‘most ambitious project to date’. Five songs, five genres, one lyric video. Despite the variety, the music will find cohesion under a shared theme.

“The overall tone of the EP is dark with some beautiful and melodic moments in there. I went into it with a specific story/environment in mind, so that’s kind of the thing that ties it all together.”

Quackson’s project will expand past what people may have come to expect from the mid-tempo artist. While he reassures his signature sound will play a part, some new forms of music look to be on the horizon.

“…I will say it is for a bigger project somewhat outside of the EDM sphere that I’m really excited about it. The EP itself is a culmination of a lot of different sounds. Overall, it’s a lot of big cinematic feeling tracks, a decent amount is mid-tempo with a little drum and bass, some psy-trance, and some heavier bass music as well. My future releases are all over the board sonically, and I’m really excited to share some different sides of my project in 2020.“

Quackson on his upcoming EP

As an avid listener of the dark melodic, as well as the cinematic and mid-tempo (and drum-and-bass and psy-trance and heavy bass), I already know these will both be on repeat.

While you wait, experience Kiba and Quackson’s monumental track “Overload” for yourself below.

Wanting those two Quackson and Kiba EPs now? While I can’t help you there, I can direct you to Notixx’s own dual EP release to hold you over.