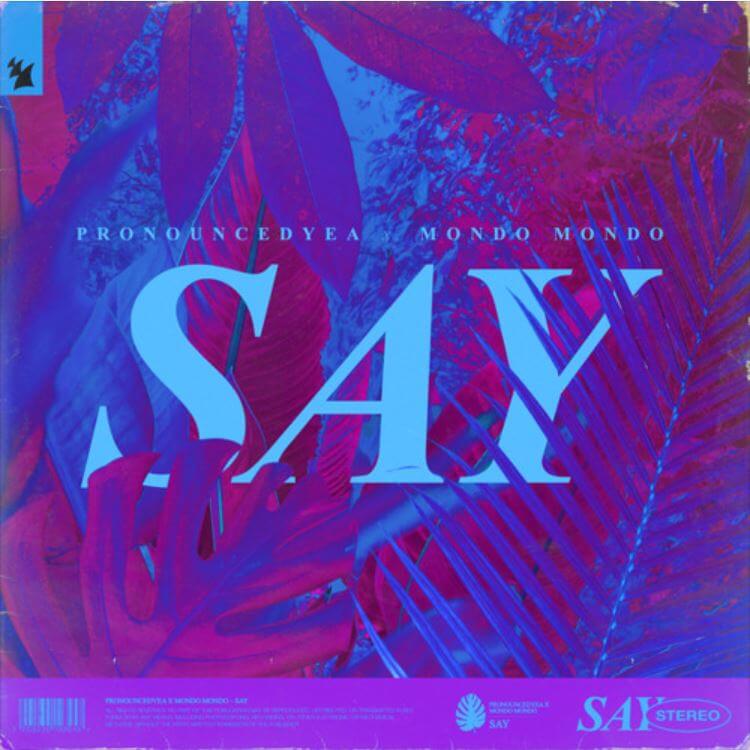 By Abby PriceSeptember 10, 2020No Comments

We first heard “Say” from pronouncedyea and Mondo Mondo last Friday, 9/4. We immediately added it to our Summer 2020 playlist. Through the trials and tribulations of this year, “Say” evokes the feelings of triumph and nostalgia that we need to continue moving forward.

Felling down? Put on “Say.”

West-coast based pronouncedyea produces some of our favorite emotional bangers, and we are adding “Say” to that list. The track is loaded ethereal future bass sounds and the flawless horns from Mondo Mondo. With each listen, we are enamored with the feeling that everything is going to be just fine.

pronouncedyea has had a massive summer, dropping several singles including latest release “World on Fire” featuring David Blake. Over the last four years, pronouncedyea has been climbing the ladder in the electronic music scene. With all of the new music we’ve seen in 2020, we are hoping that an EP or album is coming soon from the genre-spanning producer!

To close out the season, pronouncedyea teamed up with Mondo Mondo for the multi-instrumentalist’s debut.

After nearly a decade of recording and performing around the world with A-list acts such as The Roots, Mac Miller, Bon Iver, and countless others, Ray Mason has now turned his sights to his own project, Mondo Mondo.

Catch these that end-of-summer afterglow with “Say” from pronouncedyea and Mondo Mondo – listen here!

Have you heard? Harmony VMF: The Finale is THIS WEEKEND! We want to give a huge thank you to HyperX and EDM Identity for being the official sponsors of the Finale. RSVP here for the chance to win some gaming gear, and tune into the stream this September 11-13 to see what else we have up our sleeve!

And if you’re looking for new music? Keep up with our weekly Spotify Playlist, Fresh Hunts or follow us on Twitch. Whether it’s the newest drops, all your other favorite artists, some old school, or underground—we just want you to hear it.