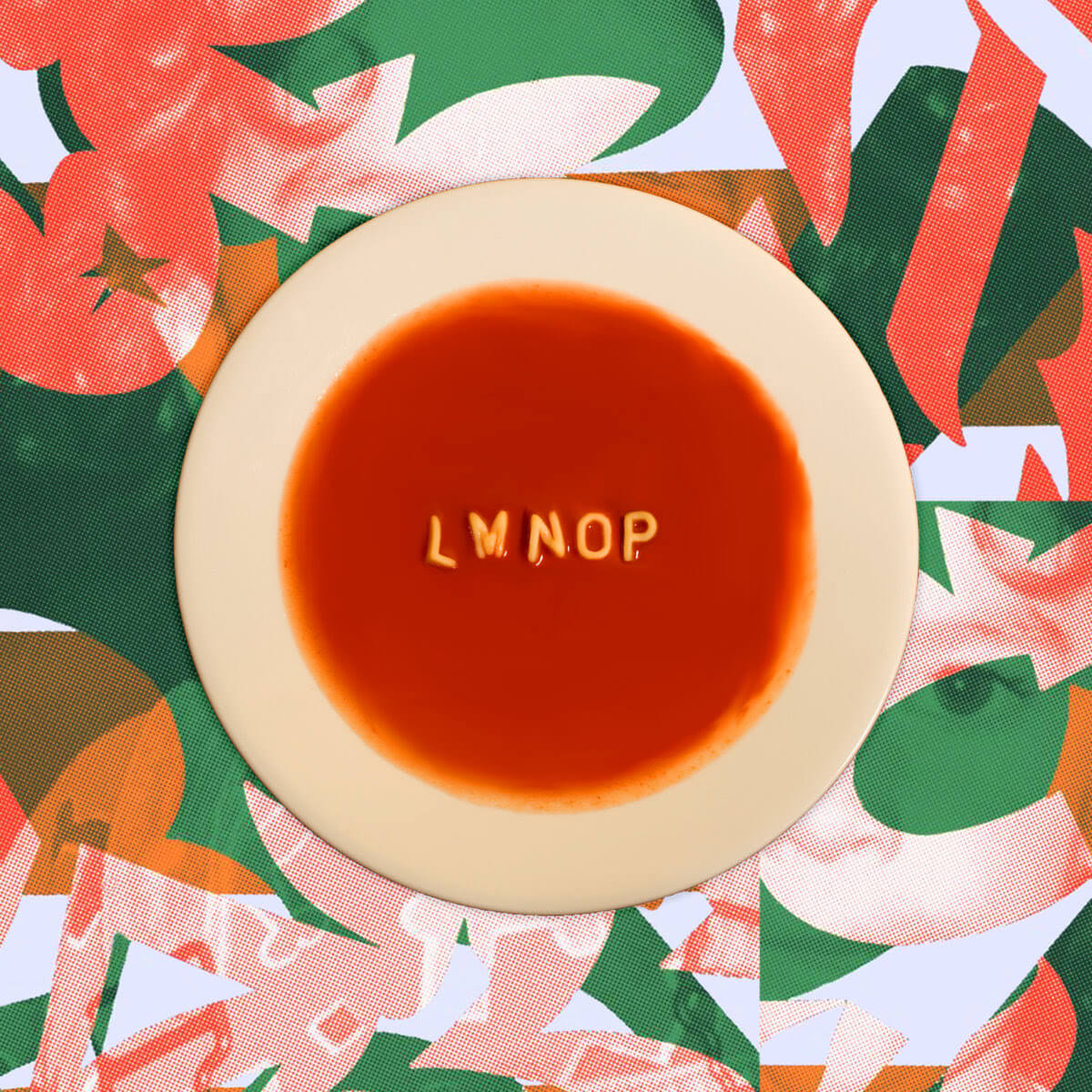 Time to sit down, get all cozied up, and listen to the warm, charismatic multigenre debut album from LMNOP Alphabet Soup Vol. 1 out now via Dome of Doom. The LA native artist LMNOP brings all the ingredients from all the different roots that surround him to deliver us the most delicious album. The craving will hit seconds after listening to LMNOP’s debut.

LMNOP’s recipe is sonically to die for!

Alphabet Soup represents the multi genre artist that I am. I thrive working collaboratively and truly enjoy storytelling and giving artists the space to tell their story. That being said, Alphabet Soup Vol. 1 is a collection of some of my favorite tracks that I’ve made (instrumental and songs). I don’t feel like these songs particularly go together in any order or consistent theme, which is why the Alphabet Soup is the perfect metaphor for this collection.

The uniqueness that comes with Alphabet Soup Vol. 1 stems from the vast variety you get with each track. With each taste, you encounter either get a sample of either some chill lo-fi, hip-hop/rap, to even some house influences throughout the album. Naturally, LMNOP cooks up an album that satisfies the musical taste buds of everyone. Immediately launching you into the beautiful culture that crafts the die-for recipe from LMNOP’s environment. And along with a plethora of talented artists from around the world that are featured along LMNOP, including maye, Sara Diamond, Fat Tony, and more. The album is delectable and an elegant blend of music that lasts forever.

Since LMNOP mentioned that this album doesn’t necessarily have an order in which you need to listen to, so you can just dive in for whatever you are craving. Alphabet Soup Vol. 1 doesn’t suffer if you accidentally press shuffle or whenever Spotify randomly decides to do it for you. Nevertheless, each track on this album stands on their own and craft their own warm and comforting vibes for you to consume.

For the souls that crave something to chill to

Whenever the mood is right, you are seeking something to just lay back and chill to LMNOP has a few tracks for you. If you want to be mesmerized into a trance for the late-night vibes, the haunting vocals of Sara Diamond in “Do It Anyway” are just for you. And for the ones that want something a little bouncy for your chill Sunday mornings, “Saudade” delivers that. Making it difficult to stop yourself from swaying your body to the tempo of the beat, the song brings out that warm nostalgia feeling.

For the energetic souls, when you are out and about

The tracks that bring out the wild side of you when are preparing to head to the function, LMNOP delivers for us. “Say Grace” featuring the dominating vocals Fat Tony, Speak, and Lojii reveals the dark hypnotic pieces of the album. So far throughout the album we only encountered the warm and lush sounds from LMNOP. Now we encounter the ominous and aggressive side, that you can’t help but make you fall into a groove. And following up comes a late-night cruising session with the homies track “Stay Here” featuring Horsepower, Speak, and Fat Tony. With the windows down, arm swaying through the brisk air as the car cruises, you fall into euphoria as “Stay Here” plays in the background only wanting to stay in this moment.

For the dancing queens that can’t help themselves

There is never a bad time to just dance in the middle of your room and let it all out! “Icy Kiss” featuring Levi De Paula brings out that salsa chillhop fusion track that will get your hips to sway. LMNOP brings that sexy Latin aesthetic and culture to a track, you’ll catch yourself dancing in the streets. And if you are feeling a little romantic, “All Of You” featuring maye captures those passionate emotions elegantly in a song. All you will want to do is grab that special someone to simply dance with in the middle of the living room while time just slows down. The most addictive track that will bring butterflies to your stomach and warm your soul in all the right ways.

LMNOP’s kitchen is always cooking and not stopping anytime soon!

Hopefully, you have saved some room for seconds. With Alphabet Soup Vol. 1 indicates that there are future volumes for us. LMNOP mentions that only half of the tracks in this first collection right now.

I’ve been wanting to put out a full length record for a few years and had so much material that I wanted to release, so I decided to do two volumes; 13 tracks on each volume; 26 tracks all together that represent all the letters of the alphabet. After all, my artist name is the best part of the alphabet, “LMNOP”!

In the end, LMNOP has brewed up a delectable album that constantly drives comfort for everyone. You will continue to have a hankering for more for Alphabet Soup Vol. 1 once it is over. And if you are ready to fulfill what your little soul is fancying at the moment, you will not be disappointed in LMNOP. Now it’s time for us to head back into the kitchen and grab a second serving, come join us!

Fill up on soul, warming sounds with LMNOP and his debut Alphabet Soup Vol. 1 below!

And if you’re looking for new music, keep up with our weekly Spotify Playlist, Fresh Hunts, or follow us on Twitch. Whether it’s the newest drops from LMNOP, all your other favorite artists, some old school, or underground—we just want you to hear it.