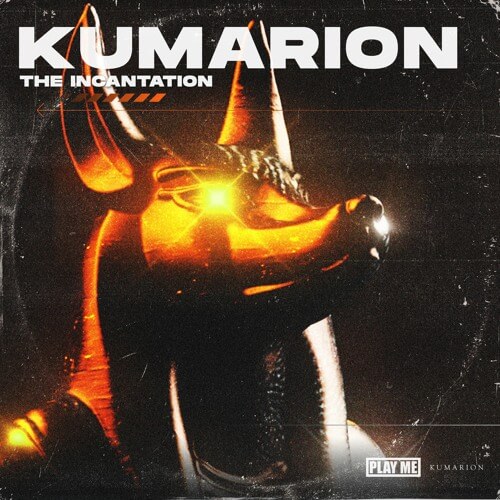 Kumarion’s EP ‘The Incantation’ Has Us Stunned

By Andie MachniakApril 28, 2020No Comments

Seattle based beat-maker, Kumarion has been popping off lately. Now get ready for his debut EP, The Incantation. The new EP features four tracks that fit together beautifully but all bring their own energy as well. You can strongly feel the variety of influences perfectly encapsulated, from fun DnB breakbeats to dubstep, halftime, and hip hop.

Kumarion has a flow that touches in a lot of different niche sounds and genres.

He takes a lot of inspiration in his sound design and production from his Middle Eastern roots and the strong UK drum and bass scene. Needless to say, he clearly crushed it; “Lilith” was immediately supported and rinsed by big brains at Noisia Radio, and other staples in the DnB community.

The Incantation begins with its title track, with lively synths and manipulated chants, we are immediately drawn in. You can hear the Middle Eastern instrumentals tied with a strong bass beat and quirky drum patterns that make for a perfect intro track.

Mentioned before, “Lilith,” begins with alluring vocals and then brings in an intense build-up. This sinks into a chilling breakbeat with dark, ascending, and descending freeform synths flying all around you. Effortlessly, the second drop comes in keeping the sound crispy-crunchy. Vocals continue floating in and out until before you know it, we’re onto track three.

Concluding, The Incantation EP finishes with “Hold You.” Starting with a melodic, synth-heavy intro, we’re welcomed with a calming future-bass flow. Beautifully, the second half of the song introduces a heavier dark bass that adds to the trance “Hold You” puts you in. Now I need someone to actually hold me, damn.

Coming out of the woodwork in terms of releases, Kumarion doesn’t fail to stun us all.

The attention to detail and broad genre execution is not something you see from many producers, and I love to see it! This shines a big light on Kumarion’s talent and he is here to stay.

Can’t get enough? Watch him throw down a gnarly halftime and drum and bass set on Electric Hawk’s own Harmony Festival! My favorite part is that 100% of financial donations go back to the artists and creatives involved.

And if you’re looking for a solid playlist to follow? Keep up with our weekly Spotify Playlist, Fresh Hunts. Whether it’s the newest music from Kumarion and all your other favorite artists, some old school, or underground—we just want you to hear it.