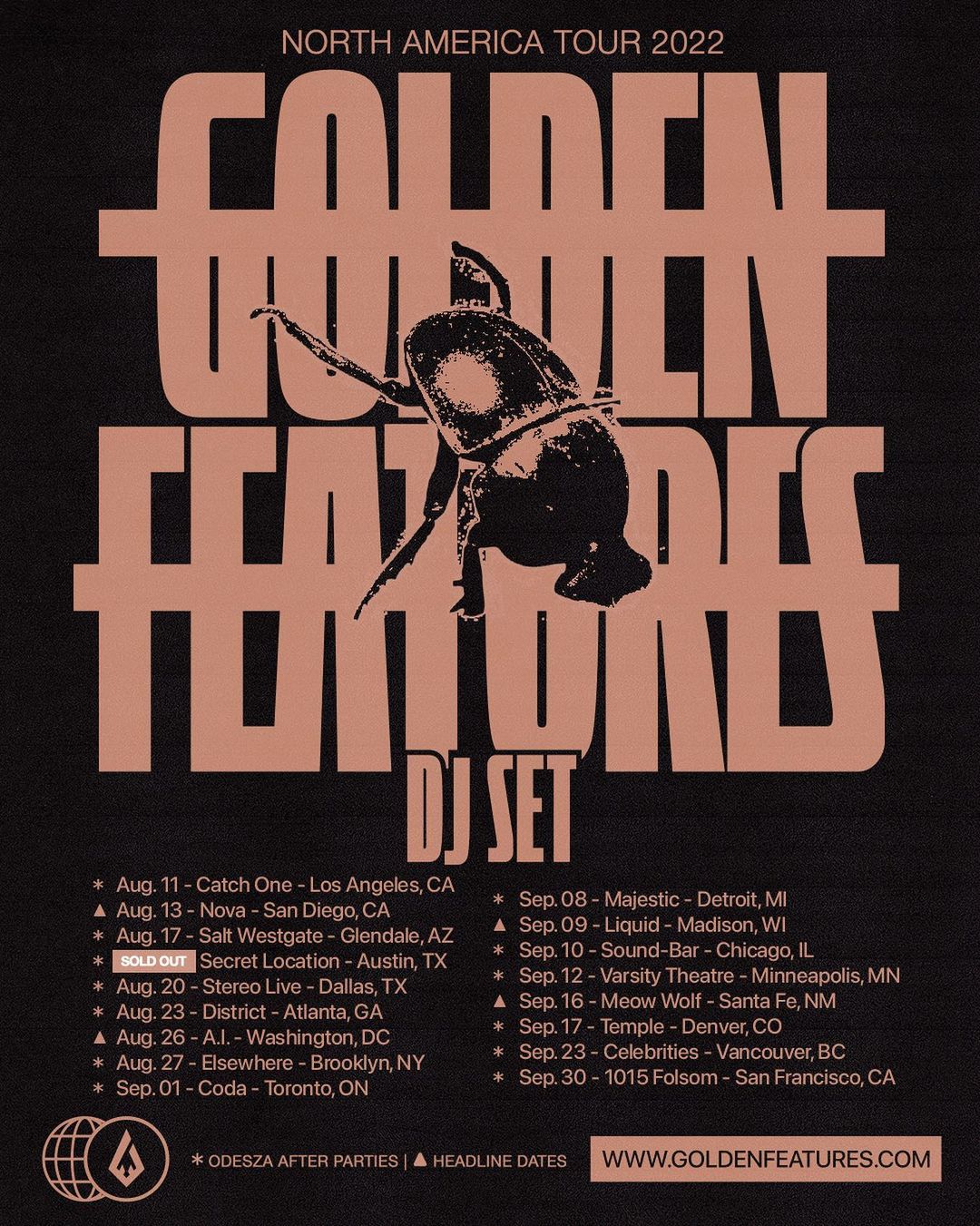 By delainey rabAugust 12, 2022No Comments

Its already been two weeks since ODESZA, the duo who puts the stars in our sky, took stage for the first time in years at The Return. Now, as they embark on their The Last Goodbye Tour they have enlisted the help of their BRONSON counterpart, Golden Features, for a run of official afterparties. You can catch a Golden Features afterparty DJ set near you this fall; check out the dates below!

If you have ever seen a Golden Features set you know that Tom Stell exudes bursting energy. There is a reason ODESZA has chosen to collaborate with him! He will definitely keep the vibes high and continue the party on after each show ends. We can count on hearing staples from his discography, like “Wolfie” feat. Julia Stone, “Runner,” his “Falls” remix, and of course, some BRONSON tunes.

So, if you want more plans for your night out, be sure to snag Golden Features afterparty tickets HERE.

And be sure to stream Golden Features latest release, “Touch” (feat. Rromarin), to prep, below!