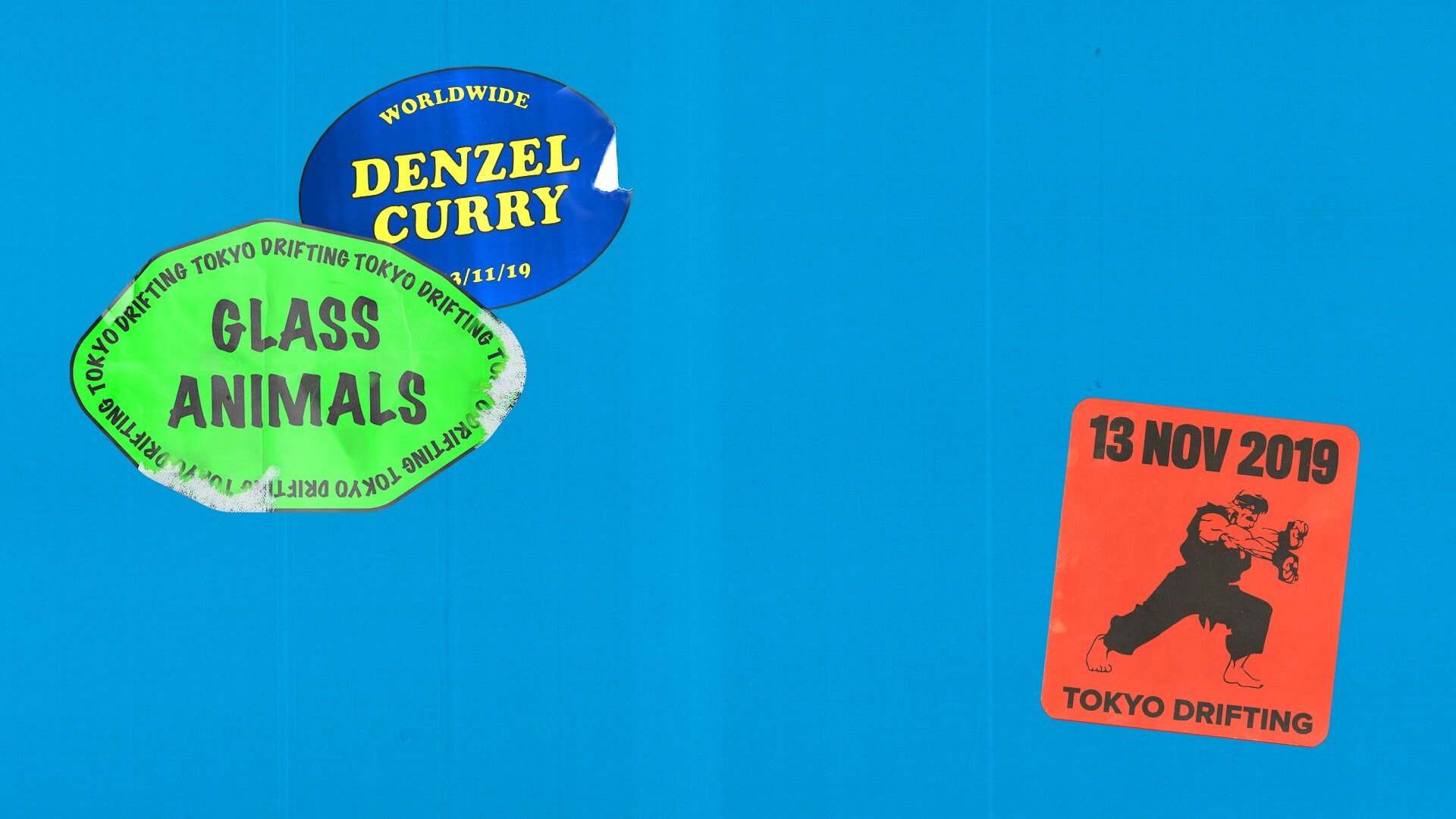 By Brianna IrvinNovember 14, 2019No Comments

Glass Animals released new music this week, and it feels amazing to be able to write that sentence. It’s been a long awaited resurgence since their last release three years ago of their album “How to Be a Human Being,” and after drummer Joe Seaward was involved in a serious road accident midway through 2018.

Despite the obstacles they were faced with and having to cancel their last tour, we’re happy to hear that Joe has made a full recovery. Even more so, the band has been active in the studio. Their new single is titled “Tokyo Drifting” and it’s made quite the impression on us.

It wasn’t long before fans caught on to the teasers hidden in messages on social media and an interactive website.

The single is a part of a collaborative series they call “Fresh Fruit,” and this time around Glass Animals recruited rapper Denzel Curry to get the job done. Although it wasn’t a collaboration many were expecting, GA has shown us time and time again to always expect the unexpected with them. After listening to it, we can easily say we’d be happy to take an entire collaborative album between the two artists.

This track feels like indulging in all your guiltiest pleasures. Lead singer Dave Bayley’s intoxicating vocals take over the first half and immediately give it that sultry, psychedelic Glass Animals signature sound. He plays around with the narrative of his alter-ego, ‘Wavey Davey,’ before the song explodes into bass-heavy trap horns and an insane verse from Denzel Curry.

“Wavey Davey is my fucked-up Sasha Fierce; he’s a geezer, a street fighter, he can dance, he parties hard, he’s spontaneous. He can take hits and be told he is shit and not care because he’s confident. He can fight everything the world throws at him.”

So far Glass Animals is expected to play Insomniac’s Okeechobee festival in 2020, but we have a feeling they have a lot more up their sleeve.

Listen to “Tokyo Drifting” below!

And if you’re looking for a solid playlist to follow, keep up with our weekly Spotify Playlist, Fresh Hunts. Whether it’s the newest hits from Glass Animals, your other favorite artists, some old school, or underground—we want you to hear it.