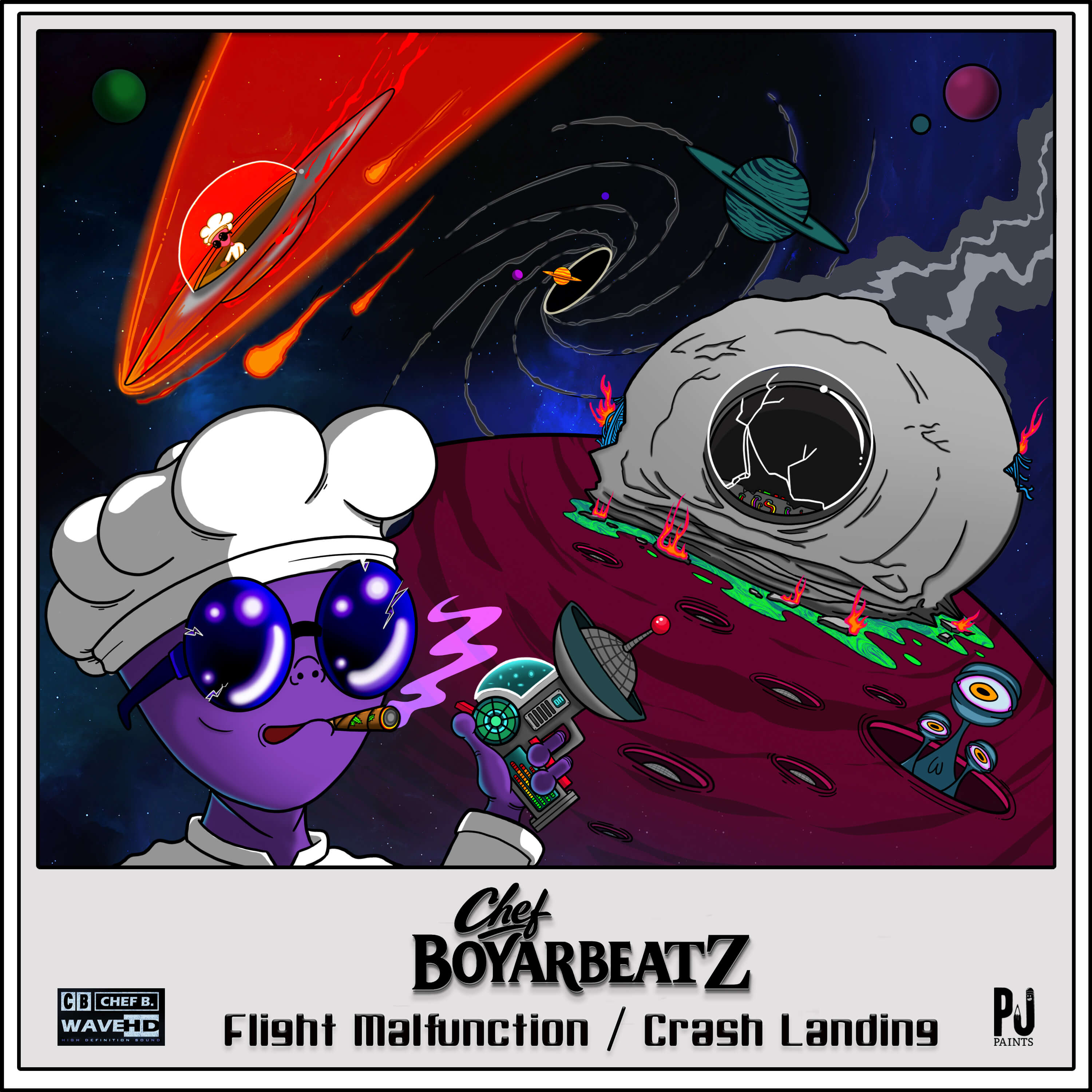 Chef Boyarbeatz cooks up an enthralling sci-fi story in his latest single, “Flight Malfunction / Crash Landing.” Released with love on February 14, the Los Angeles-based artist dabbled with deep dub at that sweet 140 tempo to weave this intergalactic tale. Furthermore, Chef Boyarbeatz whips up a little treat for audiophiles alongside the buffet for bass lovers everywhere.

‘Flight Malfunction/Crash Landing’ was the first song I created after starting my modular eurorack. I really wanted to only use the rack and see what I could do with it. Every time I get a new piece of gear it feels like the potential creative possibilities are endless, which usually results in me just having loads of fun fucking around and finding out.

Indeed, Chef Boyarbeatz handcrafted all of the interstellar sounds for this track on an analog synthesizer. This stands as one of many examples of Joey Koppennheffer’s love for electronic music across the board. Not only has he expanded his sonic armory, but he also often nods to older, wildly influential genres. Those lucky enough to catch Chef Boyarbeatz performing live are familiar with his odes to drum and bass, jersey club, and jungle.

Undeniably, this producer makes the influences of other genres on his music apparent. However, he intends to continue thriving in the deep dub scene, beginning with “Flight Malfunction / Crash Landing.”

After a quavering introduction that breaks down into vinyl scratches, a bottomless bassline carries electronic beeps and distant lasers. The sounds echo deeply into the darkness like being sucked into the endless loneliness of space. Systems fail, and the ship hopelessly falls into this planet’s gravitational pull.

The ship’s power sputters out, and astronauts breathe and reorient themselves with the new, unfamiliar surroundings. Scratches and grumbles imitate the intimidation of this looming unknown. Pulsating frequencies overlay rumbling bass and create a frenzied tension; the attempts to survive submerged in celestial horror, praying to escape unharmed.

In “Flight Malfunction / Crash Landing,” a galaxy’s worth of sounds depict a sci-fi chronicle of space travel gone awry. Chef Boyarbeatz utilizes a synthesizer from electronic music’s history to create a futuristic deep dub track. The producer will inevitably make his mark within the 140 scene as he continues his sonic experiments in 2022.

Venture with Chef Boyarbeatz into the intergalactic unknown and listen to “Flight Malfunction / Crash Landing” below!

And if you’re looking for new music, keep up with our weekly Spotify Playlist, Fresh Hunts, or follow us on Twitch. Whether it’s the newest drops from Chef Boyarbeatz, all your other favorite artists, some old school, or underground—we just want you to hear it.