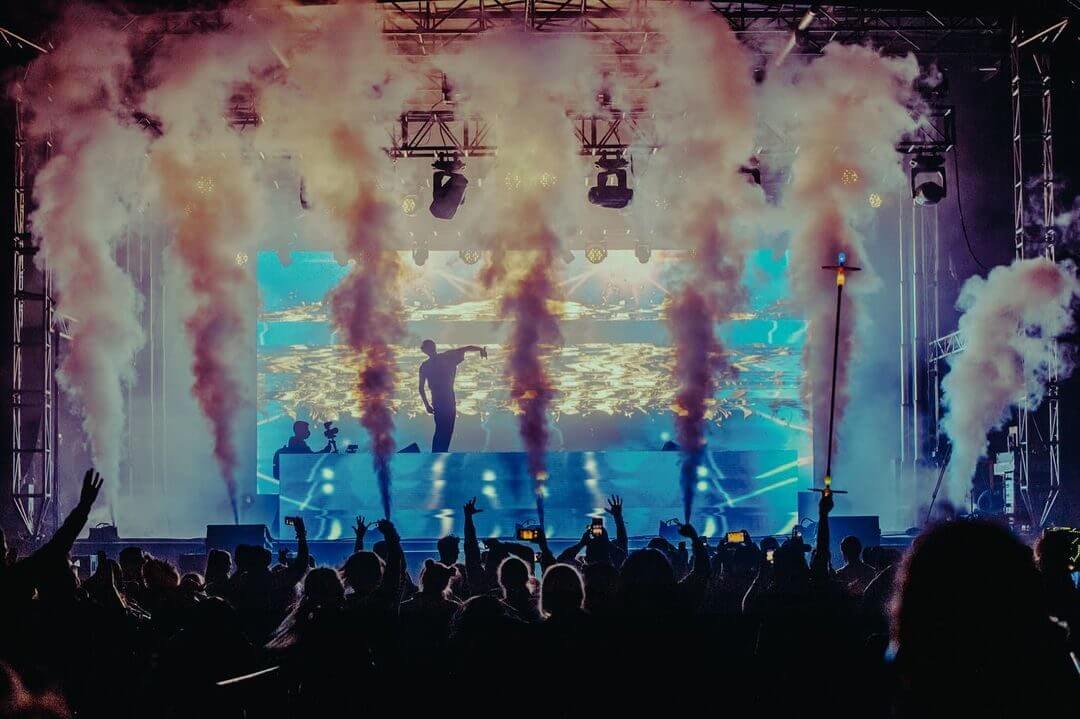 All photos courtesy of Allie Mischen

Recently, a couple of local Salt Lake City music lovers got together to create Mutiny Music Collective. In an aim to bring accessibility and community to a music scene dearly missed, they threw their Roll ‘N Rave event last year in September. After great success, they formed Mutiny in order to be able to bring more events and evolve in the industry for the future as we open back up. So when we heard about Singularity (A Pod Experience) just after their announcement, we were bursting from the seams with excitement…

Then the full three-day lineup dropped…

The stage was hosted by Space Yacht the first night, bringing the house energy for the weekend. Noizu having the best visuals, and arguably the best house set of the weekend. Peekaboo always shows up hardcore, and every moment of his set was pure unadulterated trouble.

That Hekler set was unlike anything we’d ever heard from him. He really took the sound he was playing with to a higher level and we were absolutely drooling. Here’s hoping he releases music like what he mixed this weekend because we would like to see it. Everyone kept up the variety all weekend because holy SH*T that Habstrakt set was everything. Dare I say best set of the weekend objectively.

This isn’t even half of it, everyone was so excited to be back up on stage they really gave it everything they got. So much we needed to make a list of it all…… Here’s everything you might find interesting that happened this weekend:

They had local food trucks available as well as ran a drive for the local unsheltered in Salt Lake City, collecting supplies for them through a local mutual aid organization, The Big Green Bus Group. Such a great local SLC feel at an event with talent this major and diverse was a great combo.

Now to the part you’re all really wondering about. Was the Pod event a success? As events attempt to inch back to life, there are so many prevalent questions floating through our minds. After spending this long staying inside and keeping those around us safe, is it really okay to hope and enjoy events such as these while the world is still attempting to recover?

We were so impressed by Mutiny Music Collective and their attention to detail towards their event. Throughout the weekend, there were consistent solutions to any problems or potential problems that came about. Their quick-to-act attitude showed such care for the event that they were running and the people attending it. They progressively increased security, staffing, water, and resources in general when it was brought to their attention that something was needed. Consistent adaptations throughout the whole weekend made Singularity an extremely successful pod experience.

With proper care, security, and people who value the work they do behind events like this, they have the ability to keep people safe while at the same time breathing a bit of life back into the music we miss so much. For only their second event Mutiny Music did a fantastic job throwing Singularity. We are so excited to see where they go next, especially once we are all finally truly safe to throw real events.

We hope you had a safe and fun time at Singularity (A Pod Experience) and we will see you again soon!

Looking for new music? Keep up with our weekly Spotify Playlist, Fresh Hunts. Updated every Friday with all the latest releases. Whether it’s the newest drops from Electric Hawk, all your favorite artists, some old-school, or underground–we just want you to hear it.