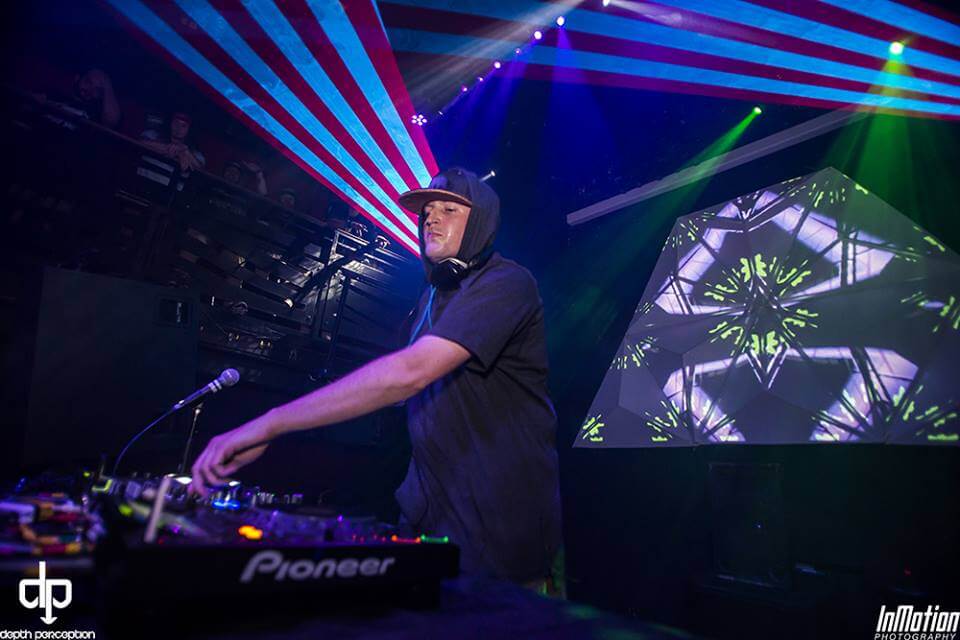 Laika Beats’ new EP Space Dog is like hopping in a spaceship with a one-way ticket to the astral plane where you will be embraced by all sorts of auditory pleasing sounds and imagery. Defying his usual sound, he takes us through four songs of downtempo bliss and we are here for it.

Last time we spoke with Laika nearly a year ago, we declared him as up and coming in 2018. Now were at the end and our prediction could not be more accurate. With the consistent release of fresh EPs such as Light in the Darkness, Mile High City, and Droppin It Low since we last caught up with him, it is evident he’s been very hard at work. Laika has been hitting us with the bass laced bangers all year, and now he’s hitting us with music for the heart and soul. The humble producer opened up a link for his fans for 24 hours to get a sneak preview of what he’s been up to, and if you were lucky enough to hear it, you know exactly what we are talking about.

Thankfully, he gave us a chance to speak with him. Read our conversation below.

Electric Hawk: Aside from the hopefully soon release of your Space Dog EP, is there anything that your fans should be looking forward to from you?

Laika: “Most definitely! I’ll be dropping another EP in December of some dark and trippy bangers as well as a few more singles to finish the year out with a bang. My agent and I are also prepping for 2019 tours/shows, I’ll be traveling a lot more and bringing my sound to a bunch of new states. I am so excited, I love traveling and meeting new people so much.”

EH: What was your reasoning for teasing the project? I thought it was great seeing you sharing something so out of the ordinary and personal in comparison to your heavier tunes. I think it’s absolutely wonderful when artists display their versatility.

Laika: “Honestly, when I finished recording these tracks I wasn’t sure if I wanted to release them. “Space Dog” is a super personal and emotional EP for me. A few months ago my dog passed away after a year-long fight with cancer. When I was working on music in my studio he would come and lay by my feet for hours and for a month after his death I would just choke up when I’d try to work in my studio— for the first time in about 2 years I wasn’t able to write or record any new music. One day when I was thinking about him and it reminded of Laika, so I pulled up a documentary of her story on YouTube and watched it. Watching it reminded me of when I started producing and why I adapted the name. So I decided I wanted to make a new EP that was based on my original style and inspired by the story of Laika. I locked myself in my studio and recorded those songs in 2 days— the first day I actually forgot to eat or drink anything until my girlfriend got home at 10PM that night, I was locked in a crazy trance when I made those songs— but it literally helped get me out of my depression and make peace with losing my friend. I wasn’t sure if I wanted to release these songs because I was in such fragile state when I made them but I wanted to show some of my close fans and see their reactions to it. The online private listening party was so much fun and everyone sent me so much love— I knew after that I HAD to release it. There’s so much positivity and love in the underground bass scene, I am so grateful to be supported by such beautiful, genuine people.”

And he is every bit deserving of this support. Space Dog is now proving to be an embodiment of this painful yet magical period of time for him. A loved one now lives through this body of work. Crafting an intimate world that encapsulates his memories for us to connect to, this is an open and honest expression of art to listeners.

EH: Is this EP something we should expect to be released soon?

Laika: “Yup 11/13/2018 on Spotify, Soundcloud, and all other major digital stores/streaming services.”

EH: Bringing it back to the time Bassnectar played your Owl Eyez track at Basscenter and Freestyle Sessions, what did all that support feel like?

Laika: Seeing how crazy it made everyone go in the venue brought tears to my eyes, and then so many people screamed “Laika Beats” along with the vocal sample and it gave me crazy goosebumps. It was absolutely MENTAL hearing Owl Eyez on a sound rig that huge. Bassnectar was one of the reasons I started producing and when he got in touch with me and started supporting my music it inspired me to focus and work even harder. I LOVE how much he loves music— him and his team dig deep to find dope tracks and new artists. I have nothing but love and respect for the Bassnectar team and all the Bassheads out there.

EH: A lot of your tracks seem to have a bunch of hip hop influence, any in particular that helped you shape the previous projects and leading up to now?

Laika: I love Hip-Hop and it’s been a huge part of my life. My brother and sister are also huge Hip-Hop heads and growing up we’d always be bumping music on big speakers at the house. We religiously listened to Wu tang Clan’s “36 Chambers”, Notorious B.I.G.’s “Ready to Die”, Gorillaz “Self-titled”, and Lil Wayne mixtapes.  I’ve also been obsessed with Three Six Mafia and Project Pat since I was young, I credit them for inventing Trap. I usually always listen to Hip-Hop when I am skateboarding some of my favorite recent rappers include Madeintyo, Maxo Kream, Cardi B, Yung Bans, and Smokepurpp. Some of my favorite current producers include Metro Boomin, Sonny Digital, and K Swisha (the drums and 808s on Space Dog EP are mostly inspired by Metro Boomin).

EH: It’s been a year since our last conversation about how you were a bit hesitant with signing onto any labels and you really liked the path icons like Bassnectar, Pretty Lights, and Tech N9ne took with their music being independent artists to get to where they are. Do you think you have started to lean a certain direction since?

Laika: I want continue to always be releasing independent projects but I am also now interested in working with labels as well. So moving forward I am aiming to do a couple independent EPs a year and a couple signed ones too. There’s a lot of really cool labels in the bass scene right now and a so many new, exciting sounds. Some of my favorites include: DeadBeats, WAKAAN, Shadowtrix, and Quality Goods Records.

EH: I listened to your Liquified Radio Mix feature and you seem to be sitting on a ton of new tunes, man. What’s the plan for 2019? Should we be fortunate enough to finally see you on some festival lineups?

Laika: Awwwww yeaaa! I am aiming to play a lot more festivals in 2019 as well as traveling to a lot more states, 2019 is going to be a amazing year for sure. I am super proud of how my live sets have developed in the last year and  I am so excited to share all these unreleased bangers and secret VIP cuts with new audiences. There’s also tons of new music, official remixes, and collabs that will be dropping all year.

It seems as if Laika has some insane heat planned for us in the upcoming year and we are absolutely stoked to watch it unfold. If you’re not familiar by now, you better get familiar. We can confidently say that Laika has something for everyone with every musical interest. Keep an Owl Eye out for his forthcoming Space Dog EP, and many other fresh EPs from him by year end.

Laika’s Space Dog EP drops in from outer space on November 13th, this coming Tuesday, on all streaming services.

Listen to his most recent song, Retrograde Survival.

Sol Fest 2022: A Weekend For More Than Just Music