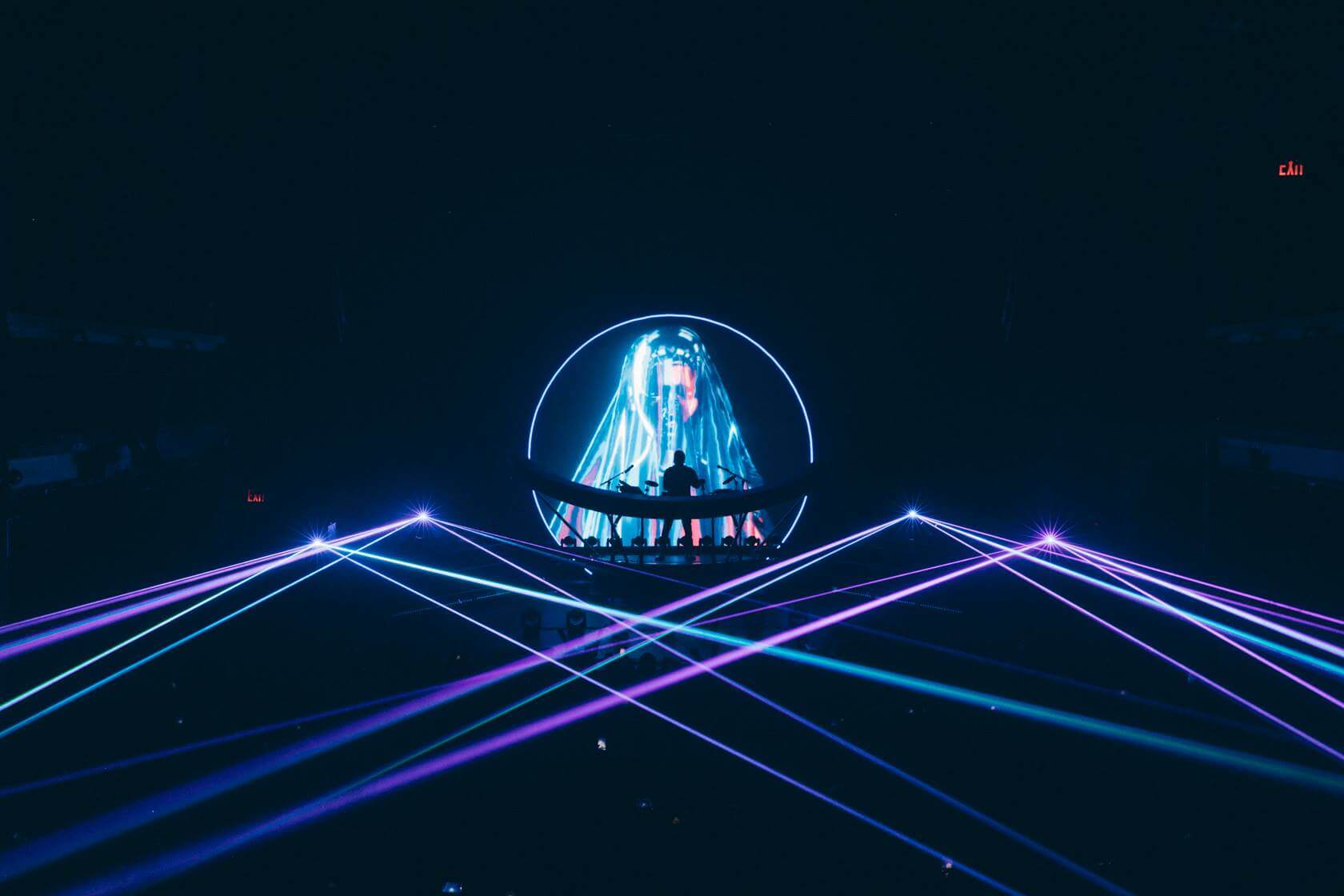 Jai Wolf Finds ‘The Cure To Loneliness’ on Spring 2019 Tour

Jai Wolf continues to bring his energetic and emotional album “The Cure To Loneliness” to life as he embarks on his spring tour across North America with special guests Shallou, Giraffage, Hotel Garuda, Luttrell, Melvv, ford., Midnight Kids, AOBeats, Midoca, and EVAN GIIA. Although I had already seen him at SUNDARA festival where he first debuted the album, I was really looking forward to seeing him take on his own headline tour and what unique stage production he had in store for us.

I was lucky enough to catch the tour at a local venue in my hometown of Salt Lake City, Utah with supporting artists ford. and Hotel Garuda. ford., who’s based out of Utah as well, warmed up the crowd before Hotel Garuda dove into a set packed with some serious house music. As much as I loved both of their sets, nothing compared to when Jai Wolf took the stage and the entire room lit up from his well-known and upgraded version of “the orb,” which I’d best describe as a captivating sphere surrounding an LED screen that contained all of his cinematic visuals.

To put it simply, Jai Wolf displayed all the hard work he put into this tour in a seemingly effortless way as he played a beautifully crafted set compiled with The Cure To Loneliness in its entirety, homage to old favorites like “Starlight” and “Indian Summer,” and special edits that are specifically kept for live shows only, which is all the more reason to go catch this tour. The remaining tour dates are listed below, but he confirmed via a Reddit AMA that there will be more dates added later on!

Listen to The Cure to Loneliness here: