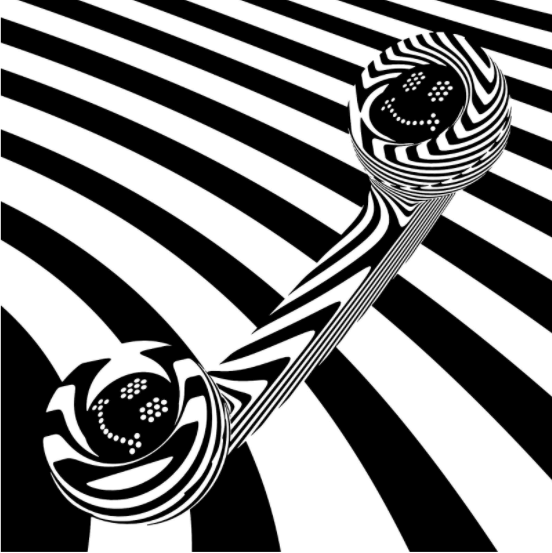 The magnificent duo is back again with an enormous tune for us. It has been over four years since the original Acid Disk dropped. Still to this day, it is one of my favorite releases ever. With their collab “Hysteria,” the iconic, “HELP! – I CAN’T FIND MY WAY OUT” and more, this EP is downright legendary. And now, G Jones and Eprom deliver “On My Mind,” the lead single for their, wait for it… Acid Disk 2 EP. The fact that a second edition is coming our way soon seems unfathomable, but it is true. To give us a taste of what’s to come, the duo put out their collab that’s been destroying dancefloors, “On My Mind.”

This is G Jones and Eprom in their finest form, on the absolute top of their game.

If someone ever asks what to expect from a G Jones or Eprom set, just show them “On My Mind.” Stylistically, this tune could not be imitated by anyone else. The slicing breaks. The powerful bassline. The dancefloor acid. All of these elements, sonically designed to match their vision make for a refreshingly unique tune. The energy is there from the start. The loud, high-pitched drums reverberate out, building up the tension. Then, the bassline rolls in to really kick things off. Accompanying the bassline is a surge of breaks, adding to the chaotic energy this tune brings out. Then the vocal rings out, “You’re always on my mind!” The bass picks up a notch and the breaks begin to takeover. Suddenly, the noise quiets, the iconic vocal blasts out once again. Now, the cutting acid sounds make their way in. The energy lifts, and then, boom.

As we‘ve come to expect with these two legends, the drop is absolutely next level.

How do you describe a drop in an electronic song? It’s a question I ask myself every time I write. How do we describe these ridiculous noises that these absurdly talented beatmakers put out for us? After some thought, I usually figure out a way to at least make it somewhat literate. But in this case, I am nearly at a loss. That’s because this duo is as good as it gets, and the noises they produce are sometimes beyond comprehension.

With that being said, the tune springs into a furious drop. The fast-paced acid sounds slow down, punching like lasers through the chest. Mixed in there are some trademark Eprom bass frequencies, as well as aggressively crashing cymbals. Then, the track widens up a bit, increases the bass, and gives off a trap feel.

The two waste no time to send is into the second iteration. With only a few seconds of rest in between, “On My Mind” launches into the next drop. This bit is just bonkers. The listener is smacked with an overwhelming wall of bass. Sounds that distinctly belong to those two rush through our ears. The tune just bounces so rapidly and abruptly, leaving for a mind-bending listen.

This track is simply refreshing. Catch them live soon for even more next level work.

In a time where originality is hard to come by, these two have stepped up once again to make their mark. It seems a lot of artists want to try to match the style this duo has so distinctly ingrained, and while there’s nothing wrong with being inspired, no one can imitate what G Jones and Eprom put out. It’s so refreshing to hear them release new music again and to prove that even in an ever-evolving musical landscape, they can still produce something so unique and enjoyable. Acid Disk 2 will be nothing short of iconic.

G Jones has multiple headlining shows coming up, including a massive one in Denver, Colorado on April 23rd at Mission Ballroom. He will be accompanied by Redrum, Mr. Carmack, and Eprom, who will play alongside Alix Perez, in the disturbingly delightful duo of Shades.

Listen to “On My Mind” by G Jones and Eprom out now:

And if you’re looking for new music, keep up with our weekly Spotify Playlist, Fresh Hunts, or follow us on Twitch. Whether it’s the newest drops from G Jones & Eprom, all your other favorite artists, some old school, or underground—we just want you to hear it.