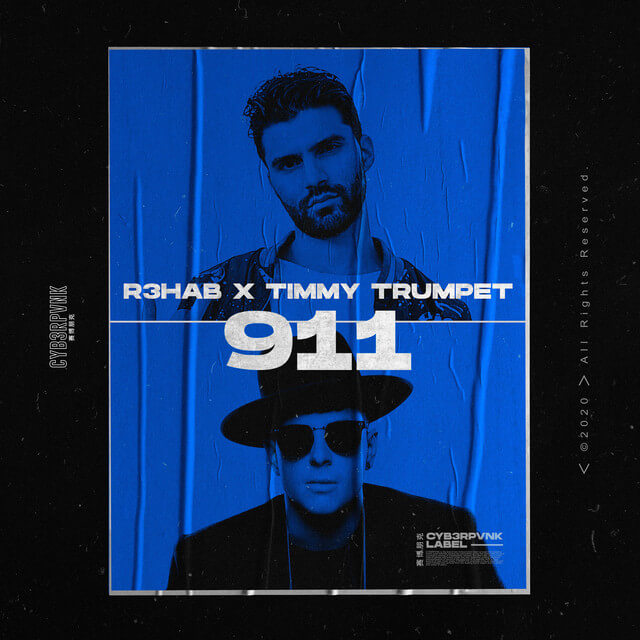 R3HAB and Timmy Trumpet have teamed up to create club hit ”911” released May 1 via CYB3RPVNK. This exciting and catchy tune from some of EDM’s top party-producers is sure to catch the (in-home) dance floor on fire.

Truth be told – we expected nothing less from a R3HAB and Timmy Trumpet collab.

“911” has a pop driven sound with vocals you’ll be singing from the time you first hear the song. Its mainstage energy is perfect to get you on your feet and its bouncy drop is the ultimate climax to get you dancing.

Dutch native R3HAB is a consistent force in the electronic dance music scene. Owner of the CYB3RPVNK label, R3HAB releases most of his music independently – and is still one of the top 100 most streamed artists on Spotify.

Timmy Trumpet is well known as one of the highest energy performers in the game. His prolific performances leave his fans wowed with hypnotic hooks and live trumpet over custom edits. Want to see the iconic performer for yourself? His 2017 Tomorrowland set is the most watched video on Tomorrowland’s official YouTube page.

Keep Up With R3HAB

Keep Up With Timmy Trumpet

Looking for a solid playlist to follow? Keep up with our weekly Spotify Playlist, Fresh Hunts. Whether it’s the newest drops from R3HAB, Timmy Trumpet, all your other favorite artists, some old school, or underground. We just want you to hear it.