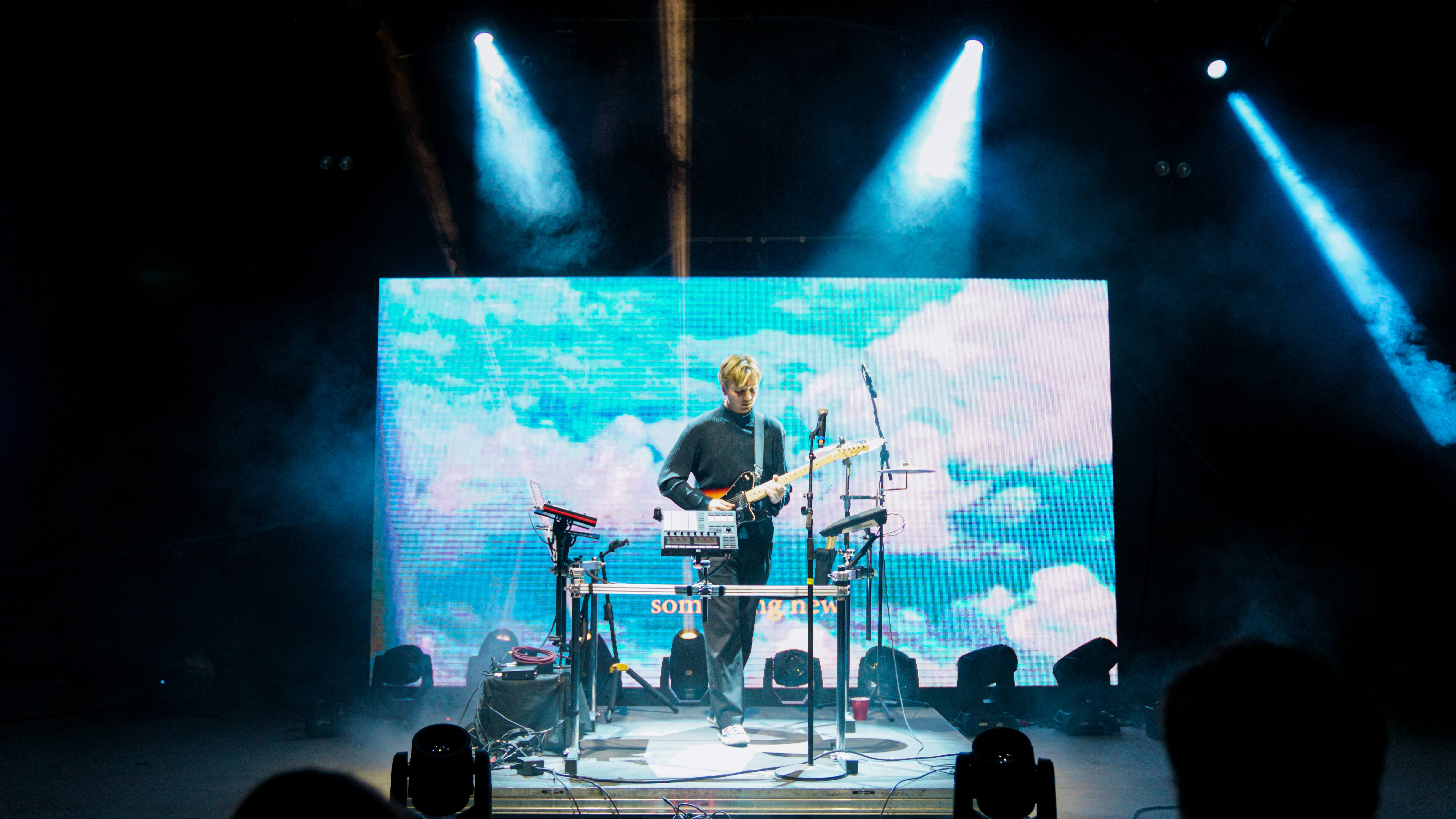 Watermelon Redbulls and warm weather supplied the ambiance, while High Ground Festival brought the good vibrations. This past weekend at Levitt Pavilion, thousands of attendees gathered near each other to move their feet and cut some shapes. World-renowned artists such as Kasbo, Snakehips, and Chet Porter graced the main stage on a sunny Saturday afternoon. Local-favorites Lemondoza and Kid Astronaut held the reigns for the second stage, emitting a hidden, forest stage vibe.

When life gives you lemons, bring them to an all-original Lemondoza set to kick off fall in the Mile High City. When life gives you a fire lineup 5 minutes from your front door, it is most likely that pesky High Ground Festival again.

The walk up to Levitt Pavilion on October 2nd felt like a huge family picnic. There were bucket hats and booty shorts galore. House music was echoing from a mile out, BBQ aromas floated through the air, and I could not resist sprinting up to the gates. I scanned my ticket and the gate attendants cheered as if I had just finished a triathlon. Little did I know, the race had only just begun.

Every once in awhile, music picks you up and whisks you away to a place you have not visited before.

Sometimes, these places are Mulberry Mountain, but other times these places are an 8-minute stroll from your front door. After a short walk to High Ground Festival, I was engulfed in the electric vibe of the venue. Green grass for as far as the eye can see, and Snarf’s sandwiches backstage for free. Not only was there an adequate amount of delicious food trucks with vegan options, but the drink stations had a wide array of alcoholic choices to splurge on. We were at the festival on business so it seemed rude to not try at least one High Ground Fest cocktail (Watermelon Redbull and Deep Eddy’s Vodka).

Colorado-native Bass Physics played the hits while mixing in some new music we cannot wait to add to our groovy Spotify playlist when it comes out. Pluko gave us “High Hopes” for the rest of the day by playing out his revolutionary album from 2020, Color Blind. Chet Porter made us anything but “Bummed” (ft. Alison Wonderland) when he came on the stage above water. Mr. Porter really knows his way around Microsoft Paint and he made sure we did not forget.

Louis Futon projected visuals of couches but his set made us want to do anything but sit on our a**. High Ground Festival may not have been in San Diego, but that did not stop Mr. Futon from blasting his new track “Ron Burgundy” straight into our ears. To clarify, Louis Vuitton makes designer handbags while Louis Futon makes top-tier music to cure jet lag. Watch out for an Electric Talk exclusive sit-down interview with the Couch Surfing king in the coming weeks.

The Making of a Paracosm sounds dramatic until you see Kasbo beating away at his electric drumkit on stage. Is he Illenium? Is he Odesza? Or is he his own artist that pulls inspiration from the creative geniuses we can all collectively look up to? Absolutely. Kasbo showcased his diverse musical talents with sick guitar riffs, angelic drum sections, and heavenly vocals that transport us to somewhere simpler. Shakira always told us that hips don’t lie, so then why did Snakehips play “Don’t Leave” at the end of their set? I am sure we would all love to stay but sound ordinances in Denver do not mess around. Although I entered High Ground Festival alone, I am thankful that I got to leave with “All My (new) Friends.”

Electric Hawk would like to thank High Ground Festival for allowing us to cover their beautiful event.

The amenities for attendees and artists were S tier. The sound was pleasing to the ear and the music being played was perfect for the occasion. Putting on a new festival in a huge market such as Denver can be frightening. We would like to applaud Levitate Events and High Ground for keeping it 100 on the vibes but 73 on the thermostat. We cannot wait to see what the future holds for this art, music, and cannabis festival that has sprouted up in our Mile-High backyard.

And if you’re looking for new music, keep up with our weekly Spotify Playlist, Fresh Hunts or follow us on Twitch. Whether it’s the newest drops from all your favorite artists, some old school, or underground—we just want you to hear it.