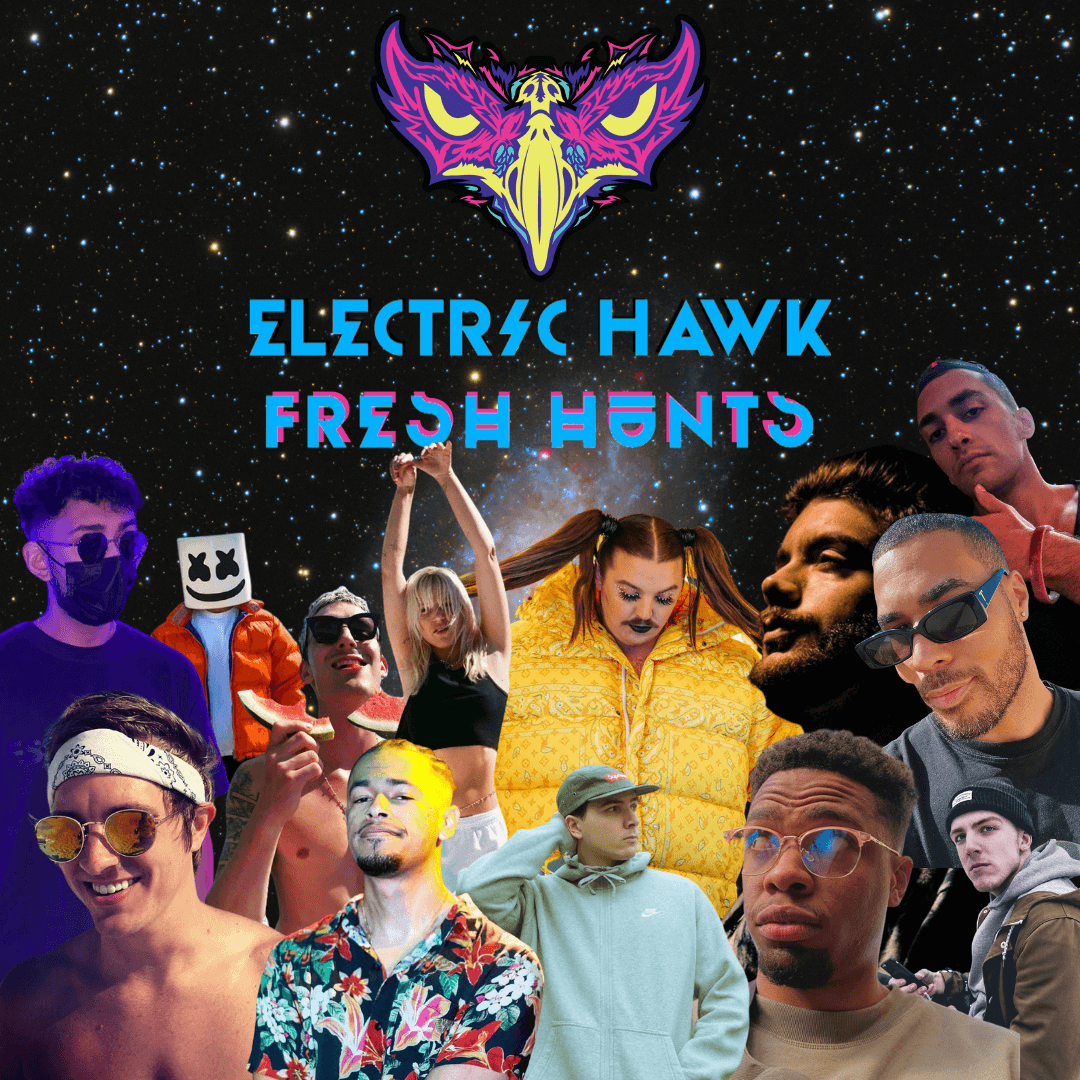 FRESH HUNTS ROUND UP: MUSIC YOU NEED TO HEAR

We love keeping you up to date and stocking your playlists with new music. In our ever-evolving attempts to bring you the newest and freshest finds in this rapidly changing music industry, we update our Fresh Hunts playlist every single Friday. It is one of our biggest playlists curated with the utmost care. So, tune in to our weekly gift to the people we love most- YOU! Now, without further ado, let’s get right into our latest Fresh Hunts Round Up.

This time for our Fresh Hunts Round Up, you’re in for a treat. The perfect summer bangers; each one of these tracks was created by talented artists we can’t get enough of over at EH.

The lead single off of his second Pride Month project, Wreckno has blessed us with one of the hottest tracks of the summer. Pansy, his latest EP, is set to be released on June 23rd. Pansy is an “exploration of queer empowerment, self-love, and reclaiming his identity with celebratory art doused in pride.”  Support our Queen and pre-save the EP here! The music video for ‘Honey Drip’ premieres on June 16th, and it’s Wreckno’s first music video.

We’ve been seeing a lot of amazing things from Common Creation, and we’re about to see a whole lot more. This track is a smooth, downtempo heater full of unique electronic pallets and lots of wubs. Following the success of his Digital Daydream EP, Common Creation is proud to soon present two new EPs on the way. You can catch him live at GRiZ’ inaugural Space Camp event, performing alongside GRiZ, CloZee, LSDREAM, Liquid Stranger, and more. Join CC’s new Lunar Lounge Facebook group here!

Tokimonsta has created a beautiful new track with the intention to encompass deeper meanings of openness and love. Her compositional genius and futuristic melodies combine to create gleaming, technicolor multi-genre mandalas of sound. What’s even more amazing, is that you’ll be able to hear this song in the fall on her Say Yes Tour! Interested in seeing how Tokimonsta created the track? You can check out how she did it here.

This track is a reimagining of w/out‘s track “Don’t Tell Me” which was released early last year on Electric Hawk’s Rebirth compilation. W/out has now revisited it with a new perspective and some new skills under their belt to give it a beautiful facelift for 2021. They shared that the original is “Really special to me because of its release on Electric Hawk, and because it opened the door for so many opportunities during the pandemic that not only helped push my career but also gave me the hope and strength I needed to push through the difficult times of 2020.” Enjoy!

We want you all to hear this one! Nature System is such a fun, beautiful album. Based out of LA, RamonPang is an artist that creates his own fusion of idyllic sampling, melded together with hard trap beats for a glimmering, introspective new take on the genre. Marking a new era of RamonPang’s music, Nature System is very near and dear to his heart, as it is about the lines that run through the physical and the digital realms. In addition to this, he added, “and, since I miss the club, I wanted it to bang for good measure.”

Not only is this track experimentally awesome, but its creation story is very interesting, as well. Mindtality shared with us that “Lost & Found” was a new form of experimenting for him in the digital Audio/Visual Realm. On the audio side, he shared that this track was a lot of working with the new Rift VST from “Minimal Audio,” which he highly recommends. “When wrapping up this track, I wanted to use my own art that I created in VR, which is done in ‘Gravity Sketch’ and is a fun way to make 3D models. I hope you all enjoy ‘Lost & Found.'”

Out now on Wubaholics, MYTHM shows us that there’s no end in sight to the fire we’ve been getting from him. This two-track EP has solidified his signature sound and placed him up there within the ranks of Thelem, Kursa, and Ternion Sound. No stranger to experimentation, MYTHM incorporates both analog and modular gear into his sound design. The result is a landscape of eerie atmospheres, hefty percussion, rupturing basslines, and hypnotic melodies. Keep your eye out for a massive collab with Ternion Sound coming soon.

Following up from his “Astro Funk” banger, GRiZ really came in hot saying, alright everyone, this year, we’re gonna get heavy AF. This track is the perfect kick-off to what’s going to be an amazing few months of curated events and shows from our favorite funky bass artist. To name a few, GRiZ will be hosting Grizmas in July for a fun beachy getaway, Another World for a 3-night Halloween run, and Space Camp in December in Hampton. We couldn’t be happier.

“…And underneath his helmet, he’s a cyclops!” Subtronics and Marshmello have come together to create one pretty heavy track. Who knew that these two could flow so well together?! This track can be found on Marshmello’s new album, Shockwave, featuring a bunch of awesome collabs. And, you can catch Subtronics next week headlining the first full capacity Red Rocks show alongside Level Up, Guppi, Eazybaked, and more.

“Swamp Lord” is the third and final single off of Esseks‘ upcoming album, The Villians Journey, to be released on Deadbeats. A staple in his sets for a long time, Esseks is stoked to finally share it. This track is a deep, dark 140 tune that shows the stylistic direction of the album and its story. He even created the artwork himself for all three singles using watercolor paint! We can’t wait to hear the rest of the album.

Check out the rest of our Fresh Hunts below!