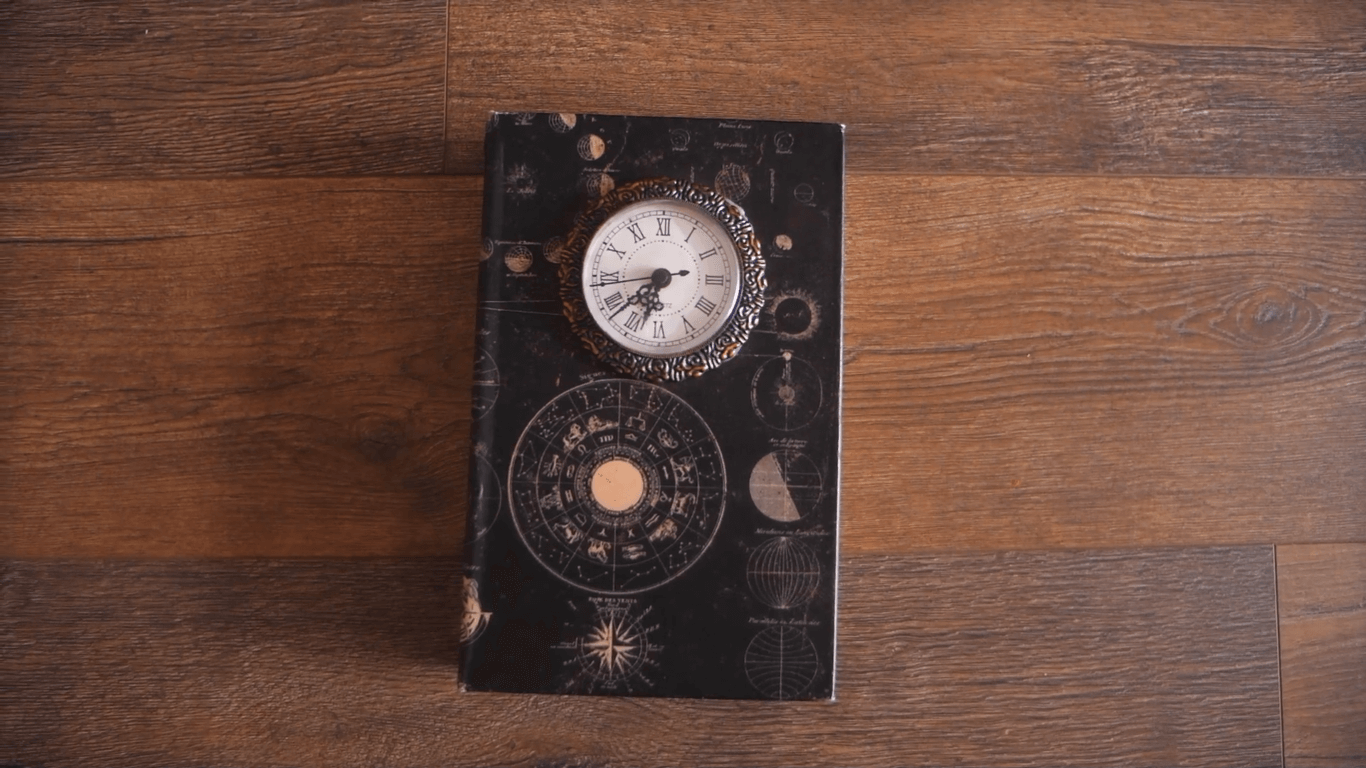 Establishing Connection; An Interview with Supertask

After a jaw-dropping live stream event, Supertask announced a vinyl campaign and the release date for his highly anticipated album, Connection. Marking his first full-length project since 2019, Connection comes after a year of separation that shed a light on the fragility of human nature. We got the honor to chat with Supertask about the importance of re-establishing connection, and more, in this Electric Hawk Exclusive Interview.

For the people who love to experience music, look no further than Supertask. Born Kyle Bishoff, Supertask has been making electronic music for 16 years. Whether it be soundscapes that feel sentient, interactive live streams, or the lore around his community; Kyle knows how to make an immersive experience.

Hayden McGuigan, Electric Hawk: Does your artist name have any correlation to the actual definition of Supertask? What’s the story behind that?

Supertask: I’ve had a few different aliases over the years. I’ve always been fascinated with the paradox of infinity. In 2015, one of my favorite Youtubers, Vsauce, posted a video about Supertasks. After I watched the video going in-depth about the concept, I was hooked. Music is a medium that requires time to experience, so its correlation to the concept of a supertask is an interesting vein to explore. I try to explore the concept in my music, shows, and videos with techniques that may allegorically mirror this philosophical idea.

HM: Do you have any hobbies outside of music?

S: Building computers, flying drones, road trips, and filmmaking mostly. I’m currently really enjoying learning python and messing with some machine learning and neural net stuff, which will be primarily generating my visual art in the future. I just got an electric bike, and have been doing about 20-30 miles per day. The lockdown has put some incredible stress on my body, and I’ve been trying to get out and active more.

With a background in IT, Supertask often utilizes code and programming in his artistic vision. His fiercest supporters, known as the Dev Team, hold keycards brandished with an error-corrected QR Code. Once scanned, the user is able to unlock various features and exclusives. Serving as a direct link to Supertask, and creating an ambiance that feels like you’re not just a fan, but part of an experiment.

The latest experiment? A Choose Your Own Adventure live stream in honor of Bike Day. If you missed it, don’t worry. The Dev Team can rewatch for free by scanning their keycards, and everyone else can rent or buy it here.

Using the keycards, the Dev Team and those that donated answered a series of questions that ultimately decided the fate of the audience; referred to as “Subject 23.” However, at the end of the event, we’re told that our sense of “free will” was actually a facade. That all of our decisions were in fact, predicted, using a neural network. This wasn’t just a live stream; it was an audience-controlled, chemical-induced, psychological experiment.

HM: Describe the process behind creating a “Choose Your Own Adventure” live stream.

S: Honestly, it was a lot of work. I actually had an entirely separate concept that fell apart. I set a budget for this project, but we had technical issues during a shooting day that pretty much broke it so I had to start from scratch. It was really painful to throw away so much work, but it happens. We pushed on.

There was so much logistical thought on the back end of this project. For this, I would like to thank my Manager David Kissinger. Crafting the Voting mechanism and keycard function was pretty much all him. We had to connect that to a live experience where the crowd controlled the stream and flowchart; shoot, film, edit and produce all of the possible paths; come up with all the code, music, mixes, and visuals; and somehow find a way to guess Ending 3, since that was the only ending we made.

Lauren helped me out tremendously with this project, and I could have not done it without her. All in all, it was over 6 months of work. You spend a lot of time shooting content that will never be played if not chosen. However, we may try out this concept at a live show sometime. So maybe it will be played out one day.

The Allegory of the Cave

In a live stream teaser image posted to Twitter, coordinates that lead to Boyd Cave were displayed on a syringe. After asking Kyle about its relevance, he told me of an allegory presented by the Greek philosopher, Plato. A philosophy he’s intrigued by, and a local spot that he believed would showcase this perfectly.

“In the allegory, Socrates describes a group of people who have lived chained to the wall of a cave all their lives, facing a blank wall. The people watch shadows projected on the wall from objects passing in front of a fire behind them and give names to these shadows. The shadows are the prisoners’ reality, but are not accurate representations of the real world.

Three higher levels exist: the natural sciences; mathematics, geometry, and deductive logic; and the theory of forms. Socrates explains how the philosopher is like a prisoner who is freed from the cave and comes to understand that the shadows on the wall are actually not reality at all.

A philosopher aims to understand and perceive the higher levels of reality. However, the other inmates of the cave do not even desire to leave their prison, for they know no better life.”

Aside from creating such in-depth visual experiences, Supertask is an astute producer. His sound could almost be described as “binaural beats.” Kyle’s ability to create entire atmospheres, then fill those atmospheres with encapsulating emotions, is second to none. He is a musical mystic, a sound sorcerer, and his offerings of escapism are rooted in hip-hop.

HM: When did you first get lost inside music?

S: I went to one of my first hip-hop concerts when I was around 13 to see a local group, Person People. I went to the show by myself after hearing their music on the radio. Getting away for a second and just being with the music at the event was the coolest feeling ever. I was instantly hooked on the experience and began producing hip-hop beats and rapping.

HM: You often utilize analog synths in your music. When did you first get into analog? And, inspired by your live stream, Analog or Digital?

S: The first synth I bought was a Moog Sub Phatty in 2014, and I was hooked on the sound immediately. I had already started collecting some digital synths; SH-201, Microkorg, etc. I kept collecting analog synths until 2019 when I sold most to transition into Eurorack Synths.

When it comes to music, I like to blend the two worlds.

Supertask, like most of us, got hit hard by 2020. From the fan’s perspective, a year without live music feels like an eternity. However, from the perspective of an artist, the negative impacts of COVID-19 were earth-shattering. Vexed with this sudden change, in July of 2020, Supertask announced a hiatus from music with a single that the world needed.

“Healing” served as a breath of fresh air; a light in the darkness. Caught up in the madness of everything happening in the world, it seemed to be perfect timing. “Healing” showcased an emotive sound design that left us in a puddle. In a way, even in his departure, Supertask brought us together. And in his time away from music, he learned the importance of gratitude.

HM: Now that things are looking brighter, and what was your biggest learning lesson during the pandemic?

S: My biggest learning lesson during the pandemic is that society and humankind is extremely fragile, and that we must tread lightly. When I wake up, I try to sit with the idea that I might die today; a lesson I learned from Lex Fridman.

This idea opens up a unique opportunity for gratitude. It’s easy to complain about things, it is very hard to appreciate them. March of 2020 was when things were starting to get stressful. My mental and physical health were suffering from touring. Being sleep-deprived and constantly traveling was making me depressed, and I was starting to get frustrated with playing music live. I realize now, in the absence of touring, how much I took that opportunity for granted. I will never make that mistake again.

After sitting with this project for over a week, I’m confident in saying that Connection is some of Kyle’s best work thus far. The album dances between intensity and stillness; the ebb and flow of human consciousness. It’s an ever-changing collection of sounds that cannot be described accurately by the human language, though we may try. It’s hypnotic, consuming, and ethereal at its core.

So today, I challenge you not to take for granted the “here” and “now.” Show gratitude that an artist like Supertask exists in this space and time. The art he shares with us is important to the forward progression of electronic music. And the emotions he captures through sound, and visuals, are vital to our musical escapism.

Thank you Supertask, for establishing Connection.

Connection is out everywhere on April 29th, 2021. Vinyl campaign to follow.

Looking for new music? Keep up with our weekly Spotify Playlist, Fresh Hunts. Updated every Friday with all the latest releases. Whether it’s the newest drops from Supertask, all your favorite artists, some old-school, or underground – we just want you to hear it.