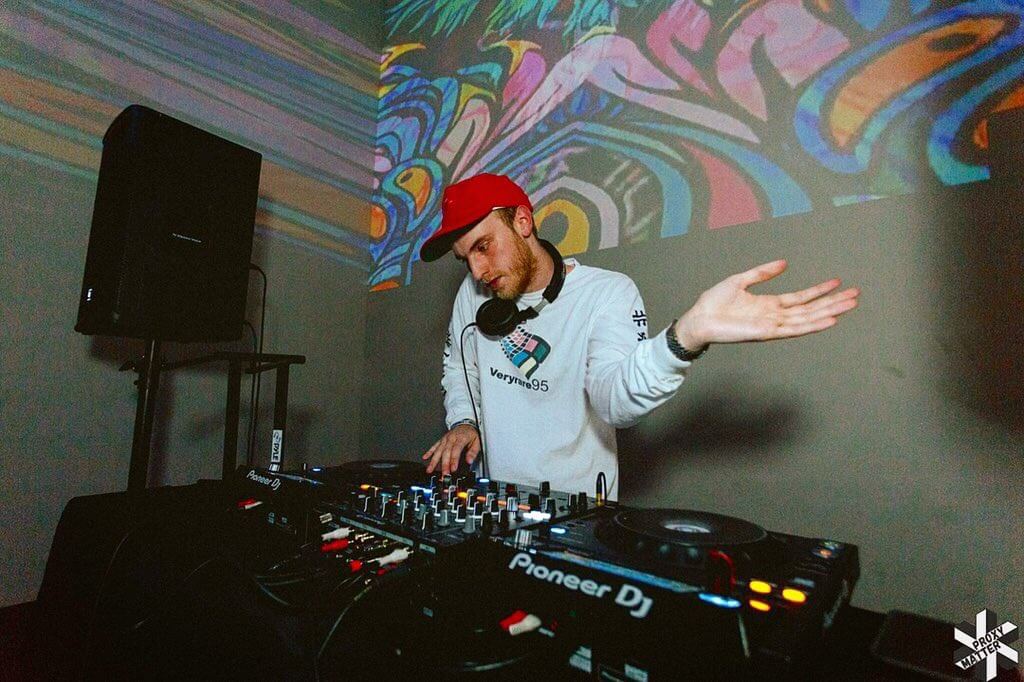 Mize, a producer and DJ hailing from Alabama, is on the verge of breaking through being big time local artist to being prominent creator across the country. While maintaining one of the most hilarious personalities on Twitter, Ian Evans also constantly putting out fresh music and diving into different genres. Dozens of versatile releases have came from Mize since this interview, and even a Wakaan Festival performance.

Nick Reznik had the opportunity to chat with Mize.

Read below as he opens up about his origins, influences, and more.

Nick: BRÖTHER! We are so stoked to have you on this week, we’re all huge fans of your music at Electric Hawk and I love having a homie on the show! To start, I want to ask you when did the “MIZE” project officially start and how did you pick your name?

Mize: So I started producing in late 2012, however, I didn’t get any good or at least to a point where I felt comfortable sharing any of my music until last year. I was previously under the alias “ianqt” which was basically my twitter handle all through high school and college. That name was from World of Warcraft. There was an arena season where everyone put “-qt” at the end of their name and I always wanted to be called by my actual name so it just stuck like that for years. Once I started getting traction in music I knew I needed to pick a more memorable, marketable, legible, and recognizable name. The name ‘Mize’ was actually my grandmother’s last name. She passed away in September of this year. I was passed down her car which is basically brand new and it’s a blessing because I am able to drive to so many of my own shows reliably.

Nick: Dude, that’s such an awesome story, you are definitely doing her proud! So how did you learn to produce, and what is your creative process like?

Mize: I started on FL Studio and literally didn’t get anywhere for a while until I watched a tutorial that helped it click. I received a Mac in 2014 as a gift and switched to Ableton and had to almost re-learn production. My creative process is basically just A LOT of experimentation until I stumble on THAT sound. Normally I’ll just open Ableton and loop a note and tweak the sound until I go “DAAAAMN.” To me, if it sounds good without drums, it’s going to SLAP once I drop the kick/snare in the mix.

Nick: Well, your process is working without a doubt. I love the sound you’ve created in both your heavier tracks and downtempo tracks. I’ve also noticed there’s tons of hip hop influence in your mixes, one of my favorite things about them! Who are some of your biggest musical influences outside of electronic music? What did you grow up listening to?

Mize: I have lived in the Deep South my entire life and growing up I always attended public schools. I was never introduced to hip hop until I attended school and discovered it through my classmates and the Need for Speed Underground series. My parents never introduced me to ANY hip hop except for the song Cantaloop by US3. Once I discovered artists like T.I. and David Banner it was as if I opened Pandora’s Box. This was around 2003-2005 when the trap sound in hip hop was starting to emerge. I became so immersed in that sound/culture my classmates started calling me “Skittles” because Eminem was already taken. I was raised by my parents listening to the typical 60’s, 70’s, 80’s jams that every boomer reminisces about. My dad has played in bands his entire life and still plays in a blues band to this day so I have always been in the culture of live musical performance. Outside of electronic music I listen to a LOT of John Mayer. I am heavily influenced by his entire persona and style.

Nick: Haha, Skittles, that’s too good. That’s definitely a huge variety, and super cool that you have exposure to live music and performance. What about electronic music? What artists do you draw inspiration from?

Mize: Before I got into bass heavy music, I was a trance head for years. The first electronic song I ever heard was Blue Skies by Matt Darey which was on an old racing game for the Playstation 1. I never was able to listen to much more because it just wasn’t around here at the time and not many people knew about it or where to find it. Back then, anything remotely electronic was just called “techno.” A few years later in 2004 or so I accidentally downloaded “Till I Come” by ATB on Limewire and that opened Pandora’s box again. The artists that influence me the most are probably Sorrow, Pensees, Blackmill, Mat Zo, Jade Cicada, Netsky, and KOAN Sound.

Nick: Wow you just took me ALL the way back… to when all electronic music was “techno” and you downloaded it all on limewire. We know you have an awesome audio/visual collaboration coming up soon with our friend DATABYTE, what can we all expect from that?

Mize: Him and I met and became really good friends over the last year as a result of the Bassnectar pen pal system. Over the course of the last year we began to both pursue our own artistic interests and we wanted to figure out a way for us both to collaborate and showcase how far we’ve come. He pitched the idea to me a few months back and at the time I did not have 30 mins worth of original downtempo music that I wanted people to hear, but as time went on and the temperatures got colder I started to write more ambient music. This project is a raw, live, visual and audio experience for those times when you want to unwind and sink into a puddle. You may notice small mistakes in our live mixing but we wanted it to keep it as raw and human as possible.

Nick: That’s so dope, I’m beyond excited for it, watching you both grow in both your artistic respects is inspiring and I know it will be nothing short of amazing! It’s obvious there is so many massive things headed your way, anything we can expect in the near future that you can tell us about?

Mize: I literally wake up everyday in disbelief that all of this is happening to me. I couldn’t even remotely begin to imagine developing an ego because I am continually humbled every single day by this. I’ve been locking in shows for the beginning of 2019 and I’m absolutely ecstatic to say that I’ll be making my west coast debut in Southern California around February so be on the lookout for that! There’s also a good bit of unreleased tunes in this mix that should be popping up here soon.

Nick: You deserve every bit of recognition coming your way, man! Excited to hear about the shows, the West Coast ain’t ready! If there’s one thing you want people to take away from the Mize experience, what would it be?

Mize: Try not to take everything so seriously, its just a ride 🙂

Kiking With RaeCola On Their First EP, ‘Bezerk’ [Exclusive Interview]