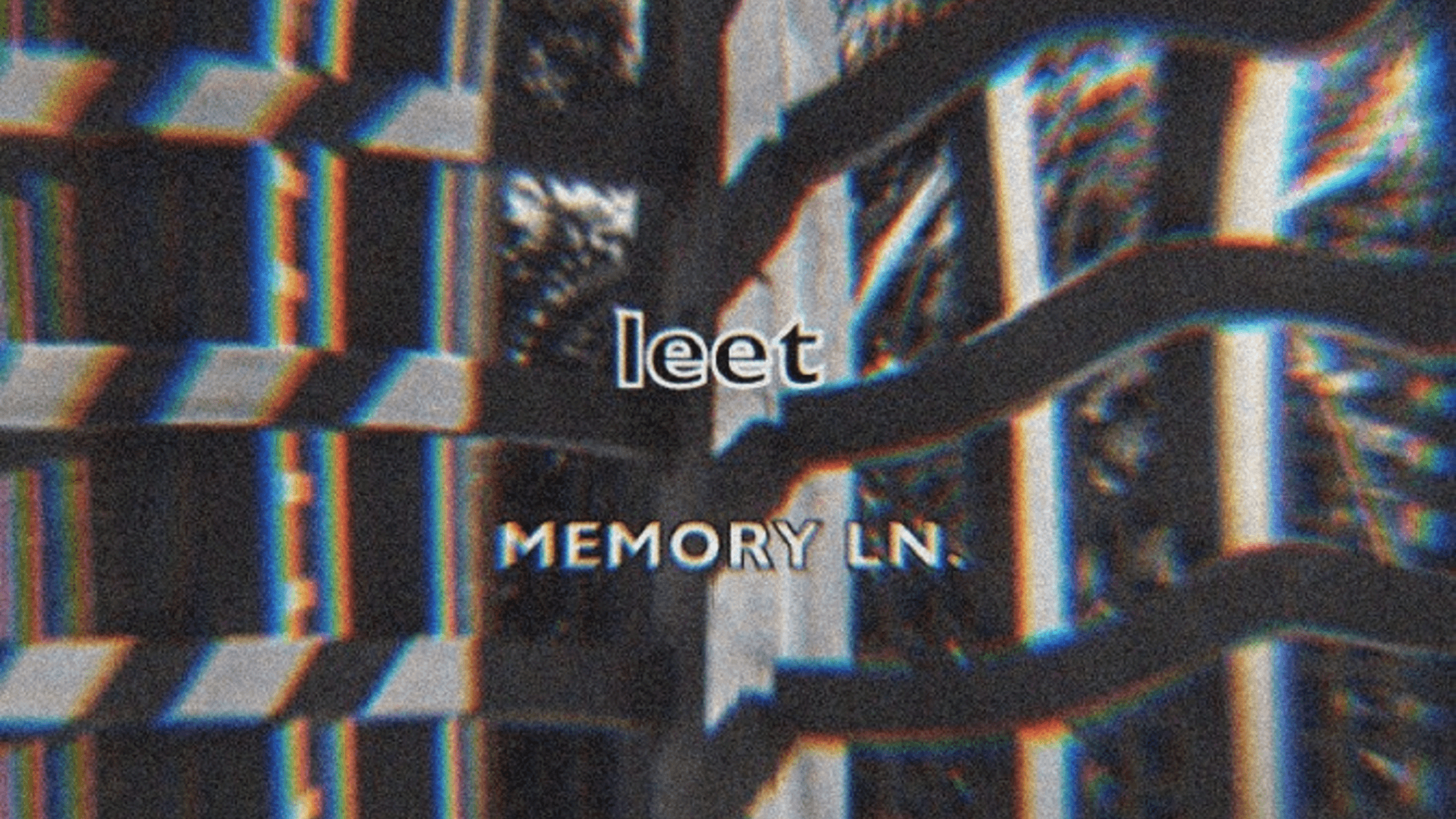 Join leet For A Stroll Down ‘Memory Ln.’

leet reveals his most exquisite production yet in his latest album, Memory Ln.. Released on November 11, this 7-track body of work utilizes his exemplary sound design to paint a masterpiece. leet recruited NEWSENSEi, Brotha Nature, Serious Jorge, and Nebr, The Tigr to reminisce with him on Memory Ln..

Denver-based leet holds a reputation as being a long-term staple in the halftime, leftfield bass, and experimental trap scenes. Indeed, for years he paved his own path alongside his peers, including the Lost Dogz and the Spicy Bois. Not only that, but his discography is rife with collaborations with NEWSENSEi, who also makes an appearance in “Snacks” on Memory Ln..

Recently, leet has been teaming up with other notable producers and effortlessly dabbling in other styles. MYTHM and leet teamed up for a grimy deep bass track on “Switch,” premiered by FUXWITHIT. leet also synthesized drum and bass in “Cielo” with the jazz-driven artist, Sterfry. Now, he returns to his West Coast bass-inspired roots with Memory Ln..

“Reflection is key, which is why I think everyone should take a trip down Memory Ln..” – leet

For bass music enthusiasts, trap fans, and picky audiophiles, leet compiled a Michelin-star buffet of production in Memory Ln.. From mouth-watering sound design to magnificent composition, he delivers another addicting album. Although all 7 tracks are works of art, a few tracks deserve a special spotlight.

“Signals” stands as a testament to leet’s expert sound design. Throughout the track contains a myriad of textures, ranging from gritty to airy to vintage. leet creates a visceral sensory experience with this track. The track ends with the sound of an old television turning on; perhaps this acts as both an homage and an introduction to the track that follows, “Toons.”

This beat opens up with stimulating scratches that tap deep into the ears of listeners, trailing off of the audio texture experience that was “Signals.” The Spongebob samples infuse a sense of goofiness that leet is notorious for. However, this contrasts with the guttural growling that composes this track. Here, leet observes the rediscovered people make when re-watching cartoons as an adult; the hidden humor and the darker implications of things once overlooked or not understood.

leet taps legendary Detroit rapper, Nebr, The Tiger, for this final track on Memory Ln. “Out Of Sight (Out Of Mind)” hooks in listeners with the smooth twanging of an upright bass. Nebr, The Tiger raps about pursuing his passion but wanting to avoid the spotlight. After his verse, leet takes the driver’s wheel; he yields a driving leftfield bass track that finds balance between energetic and introspective; grimy and melancholic.

Overall, leet poured his heart into Memory Ln., and the whole thing deserves to be heard, front to back. Some fans will be enticed by the grimy and tantalizing sound design. Others will find themselves reminded of the music that made them first fall in love with the underground.

Indulge in nostalgia with leet; listen to Memory Ln. below!

And if you’re looking for new music, keep up with our weekly Spotify Playlist, Fresh Hunts, or follow us on Twitch. Whether it’s the newest drops from leet, all your other favorite artists, some old school, or underground—we just want you to hear it.