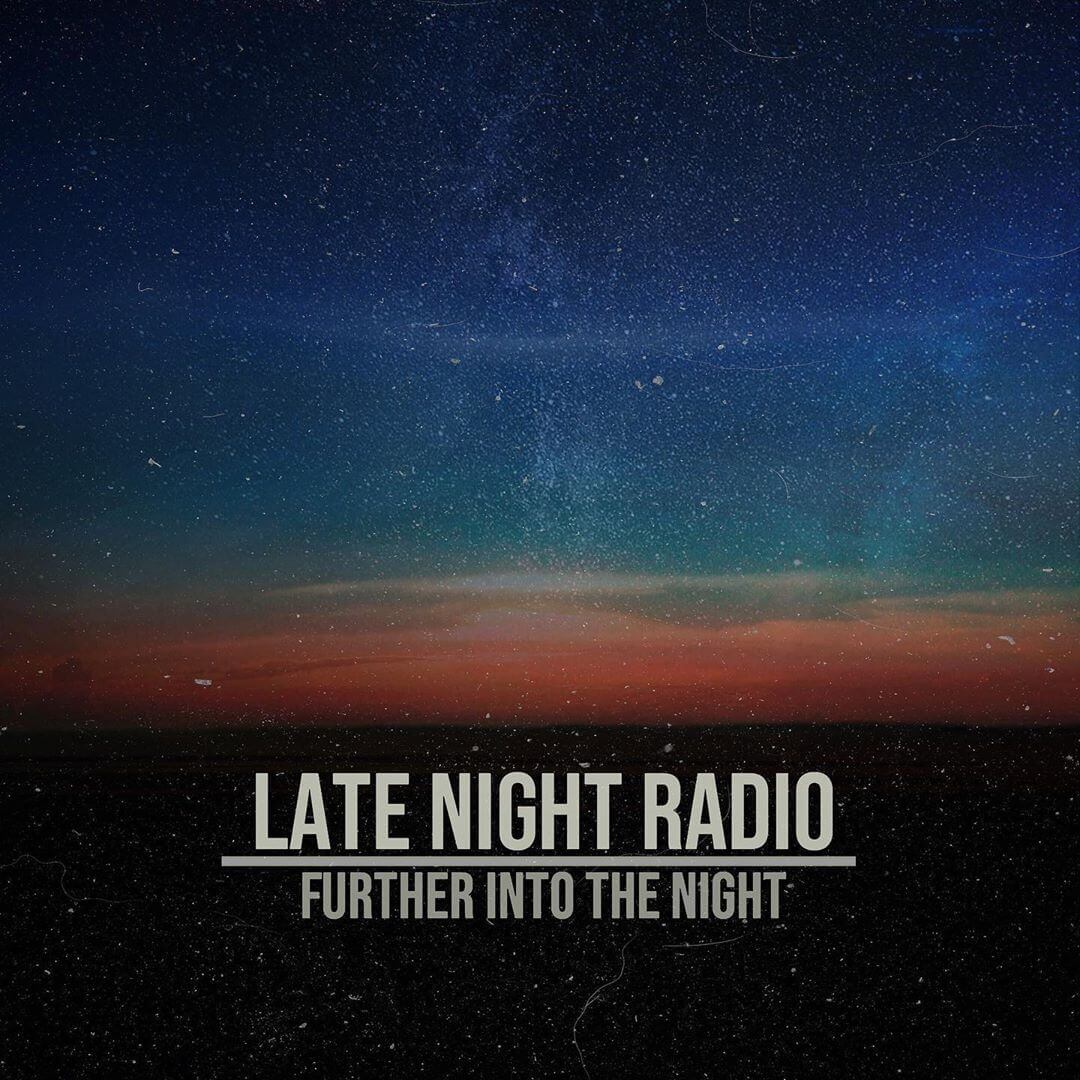 There has never been a producer more aptly named than Alex Medellin’s Late Night Radio. That’s because he creates the type of feel-good, beautiful music that you’ll listen to until the wee hours of the morning. If you haven’t given him a listen yet, the album Further into the Night will 100% make you a new fan.

The record starts with the eponymous track “Further into the Night” and really sets the tone for the whole album. The soulful sound of the singer’s voice croons, “Home seems so far away and heaven’s out of sight”. Then, two minutes in, the horns come to bring us that electro-soul funk we know and love. The listener will be automatically entranced.

Medellin turns it up a bit with the next 3 songs

“Change of the Season”, “Dry Land”, and “Tracy Slapman” are the type of songs that you’ll bump to keep you up on a long road trip. We don’t know if it’s the mixing of unpredictable instruments, the hypnotic vocals, or the Denver DJ’s amazing ability to blend it all into something so stunning. All we know is we couldn’t help but get up and groove for the next nine minutes.

Late Night Radio himself described Further into the Night on his Instagram and took the chance to thank all his friends who helped.

Ayyye stoked to Share Further Into The Night. As a continuation of the concepts on Far Into The Night it’s full of heart felt samples, grimey breaks, and modern synth work. Much love to @captainklab, @recess_funk, and @briscojones for crushing on this. Also fun fact my dude @michalmenert did the artwork for both FITN releases.

“Heartfelt” is definitely the word we’d used too. Once “So Low” starts, you’re back into a trance of solitude. Things only get hella romantic from here until the very end of the album. The rest of the songs are all unbelievably moving and packed with emotion.

With that being said, I do have to highlight my personal favorite song from the album, “Changed”. I don’t know how many times I’ve listened to it even though the album just came out about 3 days ago, but it’s a song I’ll send to anyone to show them Late Night Radio’s undebatable talent.

If you didn’t believe in love before, you will after listening to this album.

Listen to Late Night Radio Further into the Night below:

And if you’re looking for a solid playlist to follow? Keep up with our weekly Spotify Playlist, Fresh Hunts. Whether it’s the newest drops from Late Night Radio and all your other favorite artists, some old school, or underground—we just want you to hear it.