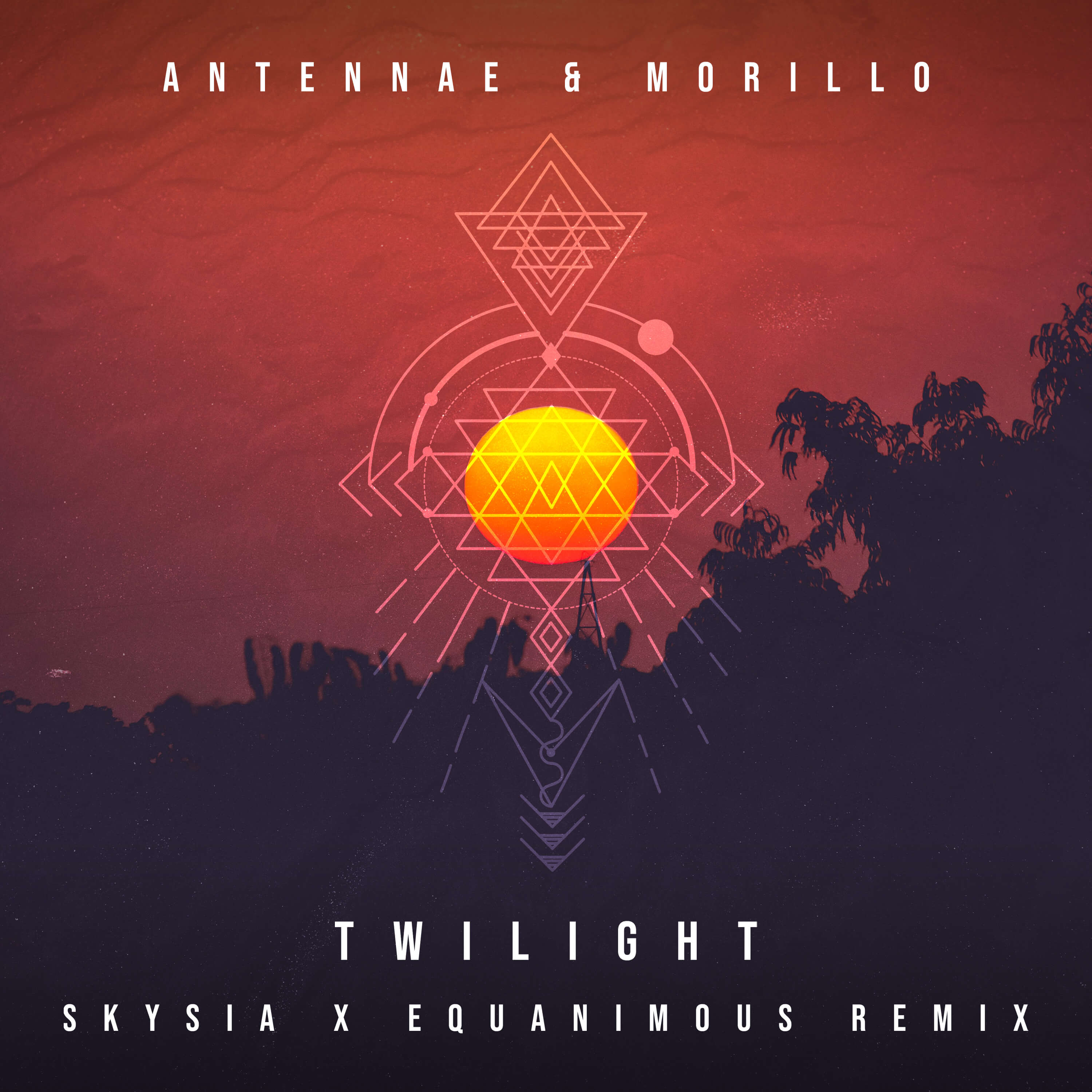 There’s nothing we love more than a fresh spin on a track. Originally by Morillo and An-Ten-Nae, Skysia and Equanimous breathe new life into the world bass track “Twilight.” This track was originally released on An-Ten-Nae’s album Acid Voodoo released last year.

While the original mix of this song plays on dark and enchanting soundscapes, this “Twilight” remix is its antithesis. Eerie yet captivating vocals draw the listener in before cinematic horns and grounding drums meet tribal atmospheres, bringing the original dark track into brighter light. The remixers’ addition of organic drums layered over crescendoing vocals adds an otherworldly aura. Then, to round things out, oscillating bass meets a high-tempo beat arrangement in a beautiful cacophony of perfectly arranged soundscapes.

Equanimous and Skysia are quickly making waves in the world bass scene. Equanimous runs his very own record label, High Vibe Records, showcasing some of the best talents in the underground bass scene. Meanwhile, Skysia has had releases on Jumpsuit Records and Gravitas Recordings and has received support from the likes of CloZee.

Looking for new music? Keep up with our weekly Spotify Playlist, Fresh Hunts. Updated every Friday with all the latest releases. Whether it’s the newest drops from Equanimous, Skysia, all your favorite artists, some old-school, or underground…we just want you to hear it.