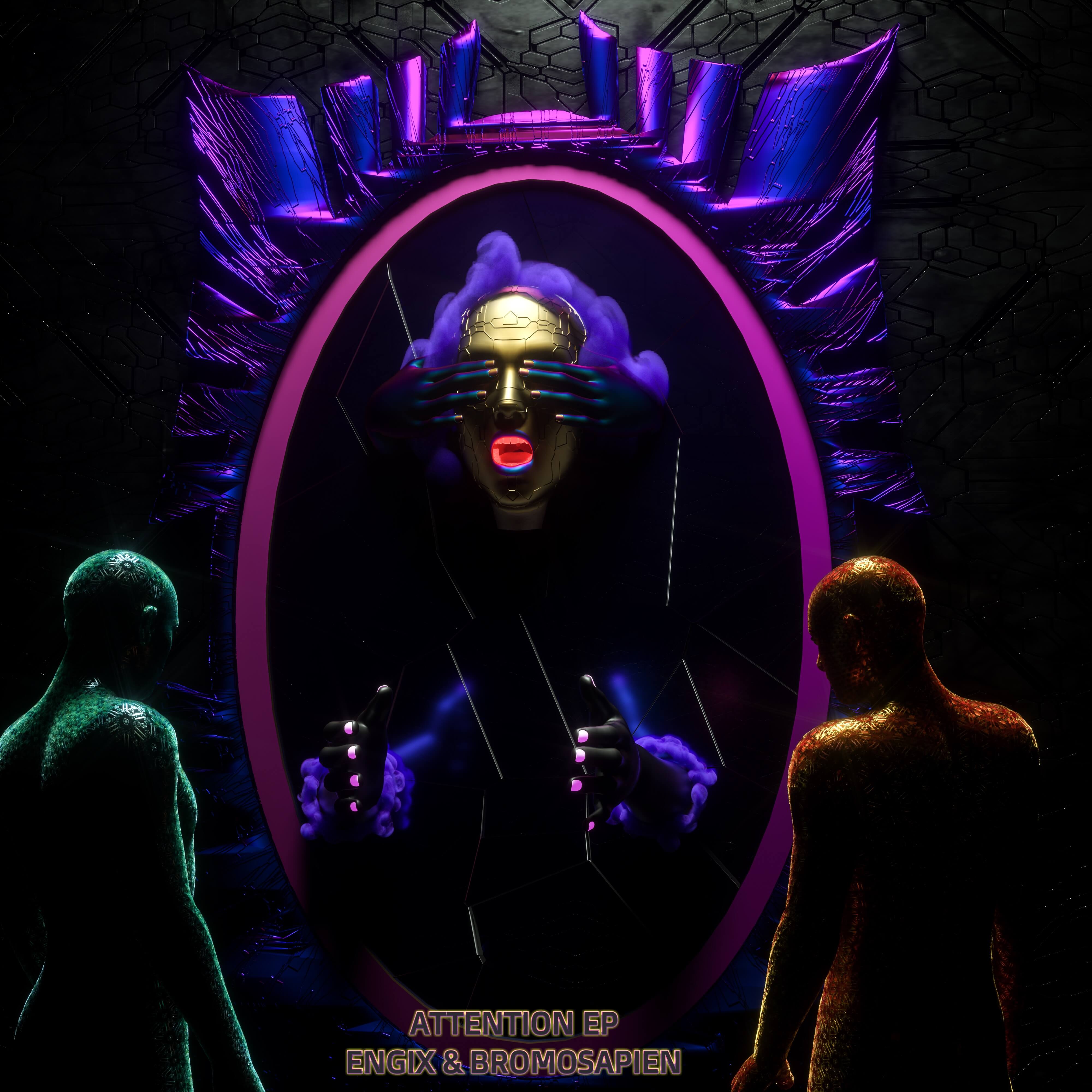 It couldn’t be more obvious, Engix and BroMosapien are up next. Climbing the ranks, Mean Mug labelmate Engix even landed a spot on our “best of 2020” highlights with his Dark Rituals debut album. This was followed by a so-good-it-was-disrespectful remix pack featuring illanthropy, Meduso, and our very own Common Creation amongst others. Not letting his foot off the gas pedal, the grungy bass producer then satiated appetites with a flip of Flatbush Zombies’ famous “Palm Trees.”

An equal powerhouse in his own right, BroMosapien has also steamrolled his way into the forefront of the bass community. With releases on Wubaholics, an Electric Hawk NEST single, and an appearance on the RSO and Wavecraft Collective A Digital Abyss stream, his music speaks for himself.

Now, the two forces have linked up for a massive collaborative EP, Attention.

Although they’ve worked together before in “What’s Good,” the pair is back for more – and we’re not complaining. If we thought one of these producers was dangerous alone, bringing them together as a duo has created monstrous waves. A short four tracks, Attention is massive in sound rather than size, packing a serious K.O. punch.

Setting the tone with “In My Zone,” the lead track demonstrates exactly what these two are capable of. Ironically starting with a ticking sample, the EP explodes like a time bomb, scattering sharp, sporadic basslines. In sync with one another, it feels as if Engix and BroMosapien ricochet their creativity off each other as they spiral into the title track, “Attention,” having fun with some dnb.

Next, they carry the high energy into the second half of the EP, “One Time” and “Elite.” Slowing down? Never heard of her. The pounding drums and pulsating rhythm keep at it until the last second. Attention was aptly named, because Engix and BroMosapien demand all of it with this release, on their way to becoming household names.

Listen to the Attention EP by Engix and BroMosapien below, out now on Headbang Society