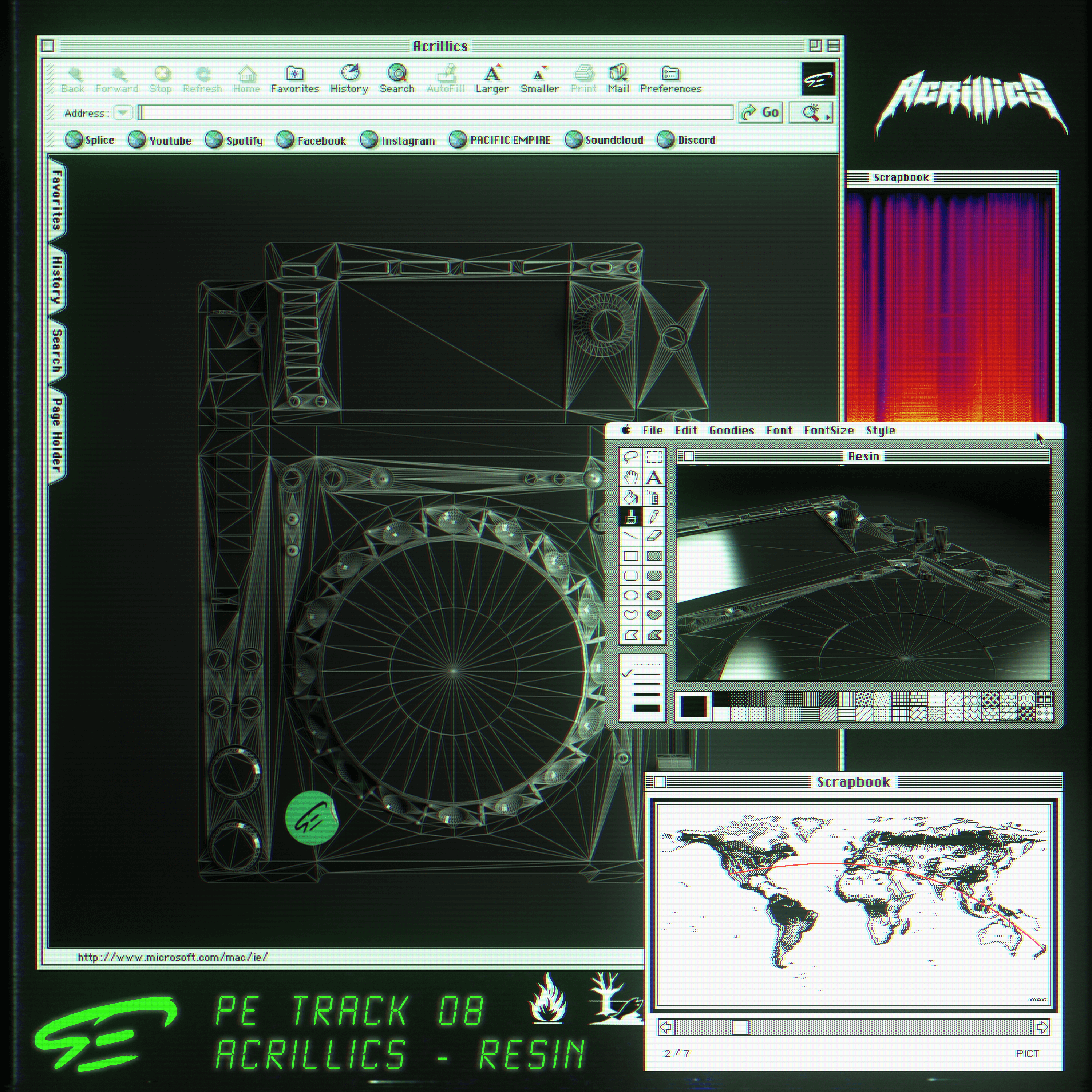 In conjunction with Pacific Empire, Electric Hawk’s very own Acrillics revs up the trap with their newest single “Resin.” This piece has our last brain cell vibing like this:

Like the textbook definition itself, “Resin” is any class of nonvolatile, solid, or semisolid organic substance that consists of organic mixtures. Acrillics glues this piece of “Resin” with the idea of just that. The build-up into the drop molds a variety of texture and unique sound to the underground. Or maybe you’re thinking of the other type of resin? Go ahead, light it up, and pass that, while boppin’ around to the drum and bass that kicks in the second drop of this track.

Who is Pacific Empire?

Pacific Empire is a multimedia music label based out of New Zealand. The underground label is heavily influenced by gaming, popular culture, and the electronic music scene. Their mission emphasizes releasing entertainment that can be enjoyed by anyone who likes to get down and have fun.

The label started as an idea when co-founder, Alex Robinson, began studying music at ICON Collective in Los Angeles. When returning home to New Zealand in 2019, Alex and his other co-founder, Lucas Devotion, began the natural progression towards Pacific Empire. The two have been best mates since primary school, studying/enjoying their passion for all musical pursuits. Their in-house designers, Rhys and Rohan joined the team slightly after, with Anthony Paull joining in 2020.

I think that PACIFIC EMPIRE is going to be one of the first of many next-generation record labels. The old business model of ‘the record label’ is tired and, I believe, is slowly becoming more and more irrelevant. Independent artists are starting to empower themselves through self-publishing and content marketing, so new labels like ours need to be able to offer more to artists than just borrowing money for advertising. We strive to be more like a community and a multimedia hub so that we can truly offer artists and listeners an experience that they can’t find anywhere else.

And if you’re looking for a solid playlist to follow, keep up with our weekly Spotify playlist, Fresh Hunts. Whether it’s new Acrillics, all your other favorite artists, some old-school, or underground…we just want you to hear it.